Because I’m a total loser, I only came across the Murderburgers for the first time when they played at that place I can’t ever remember the name of in Tufnell Park, with Wonk Unit, The Griswalds and The Queers. Anyway, it’s either Boston Music Rooms or the one next door to it. So to finish this crap quasi-anecdote, I thought they pretty good, and I’ve broadly been attempting to keep up with their output since that evening. Does this even count as an anecdote? Possibly not, as nothing of note actually happened. I’ll bet you are so glad you spent about three seconds of your valuable time reading that. If you are a goldfish, you’ve forgotten already though, so it’s all gravy, mate. 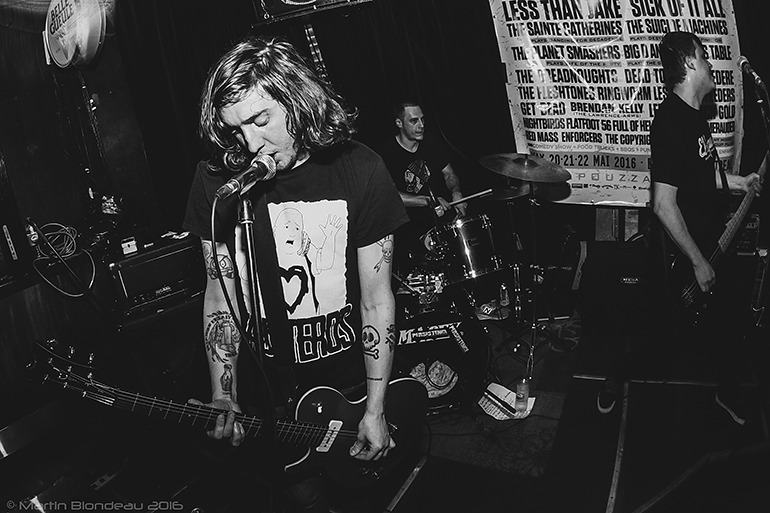 If like me (all those years ago), you’ve never heard of this lot, well they are from Scotland. And they are proper good at knocking out fast, hooky pop punk of a Look Out! Records / Ramones type influence. Think of a battered, deep-fried Teenage Bottlerocket and you’ll be on the right lines. And I like owt like that, me. Well, as long as it’s done properly, at any rate. You can investigate the back catalogue of these young gents on The Murderburgers bandcamp page

Just look at that wonderful fuzzbuzz of a doggo, mate.

What a Mess finds our plucky young heroes on fine form. It also shows a slight change in direction. Or maybe a variation on a theme, perhaps? I dunno man, I’m just gonna say that this opus has what seems to be a vintage Fat Wreck Chords style skate punk edge to it. I’m also feeling a bit of a Noo Joyzee kind of influence in the playing here that puts me in mind of Dan Yemin’s amazing stint with Lifetime, and er, Saves The Day’s stint of being pretty good at imitating Lifetime.

Realistically, I find that I couldn’t really ask for much more from this release. It’s fast, melodic, poppy, emotive, and it hits hard. I could probably spend plenty of time effusively praising this, and you’d either think (rightly) that I am a sagacious and wise individual with impeccable taste or (wrongly, depending on entirely on who you ask) that I’m a big old lump of poo with a face etched into it with an old matchstick. Although somebody out there will no doubt find that appealing… Anyway, it’s a hot contender for my “best of 2019 list” at the end of the year. Granted, there hasn’t exactly been a boatload of competition thus far this year though. It’s a healthy old Tony of Nurgle 9.5/10 for this one.