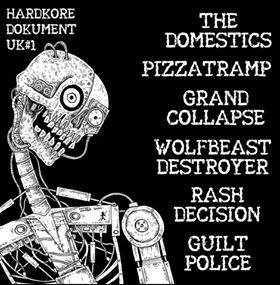 Areet? First round up of 2019, and opening up proceedings with have this fantastic little comp on the East Anglian label Kibou Records. This comp is a showcase of the cream of the current crop of UK hardcore punk acts: The Domestics, Pizzatramp, Grand Collapse, Wolfbeast Destroyer, Rash Decision and Guilt Police.

Four of these bands I was already familiar with, however two are new to me: namely Wolfbeast Destroyer and Guilt Police. First off, we can cast aside all preconceptions about shitty youth crew tribute acts, chin-stroking yet poorly executed Integrity worship and crap metalcore. What you are being served here, my friends is six helpings of rough as shit fury.

There’s a fair range of influences and stylings to be heard here from crust to D-Beat to 80s US hardcore, crossover, the scrappier end of US East Coast, UK82 and more. Sometimes in the SAME song. This is fucking GNARLY mate.

If you can put this on and not want to smash bottles over your own head, chew the face off an EDL thug and then kick a copper in the knackers for good measure, then I would fully expect that you are in fact doing life wrong, my friend.

Each track on this compilation is exclusive to this physical release. 150 copies on red wax / 350 on black. Both versions come with a download code.

Pre-order from Kibou Records https://kibourecords.bigcartel.com/product/various-hardkore-dokument-uk-1-7-compilation (expects to ship 1st Feb 2019). I currently have no link for a pre-order from TNS Records, but I expect them to have it soon enough. At this point I don’t have a player for you to check it out on, but I’ll try to remember to add it when it goes up on bandcamp. 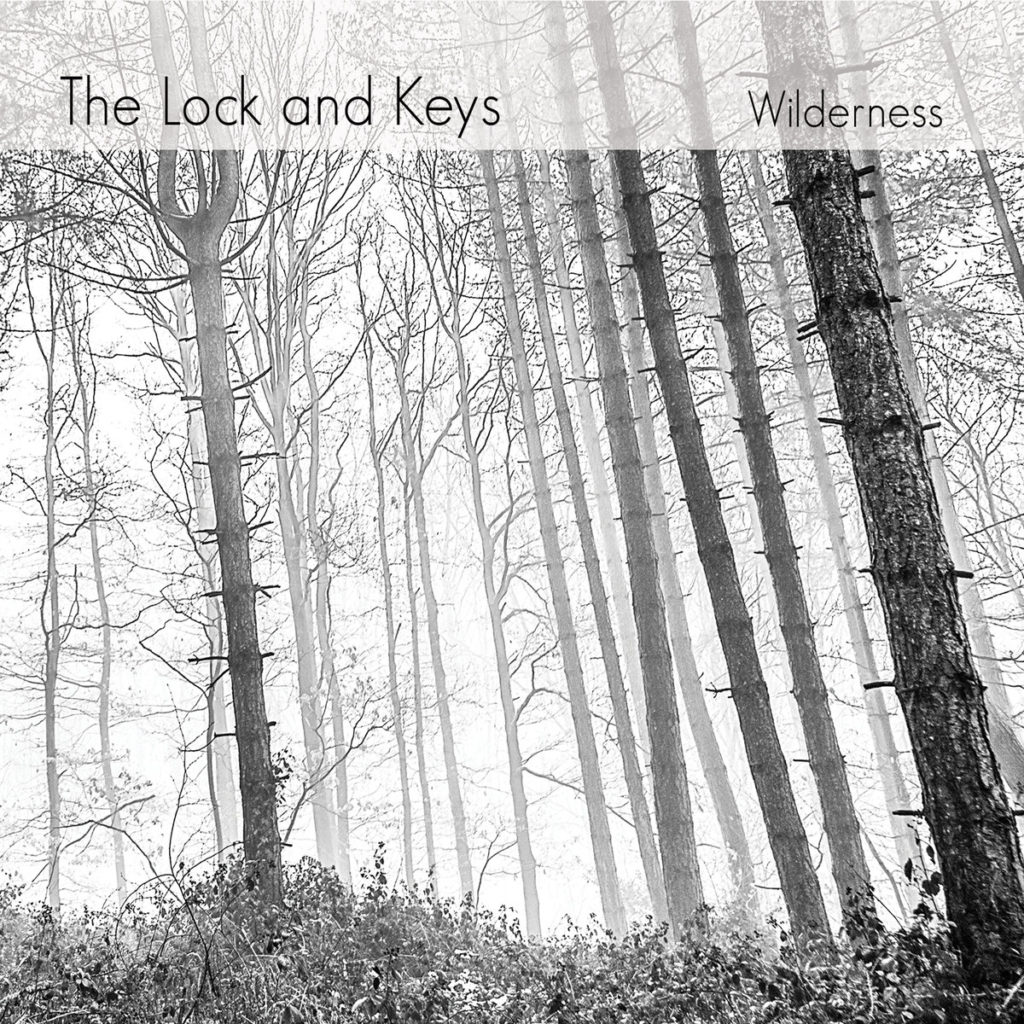 Some of you may remember me reviewing the last joint from The Lock & Keys some while ago. But these lads from Barnsley and Leeds (with a fine pedigree to their name, I might add: D-Rail, PSP and more) seem to go from strength to strength. I’d really like to see them make more of a dent with this new EP, because it’s right good and that.
The chances are equal that you’ve seen them at a small DIY gig round the north of England somewhere or that you’ve not yet had the pleasure. If you fall into the latter camp, it’s about time that changed.

I’ll cut to the chase here, like. This is some high calibre emotive melodic punk rock with a distinctly British sound, reshaping influences from both sides of the Atlantic to fit their own template. To my ears, this seems to squat in the midst of a Venn diagram of Something to Write Home About era Get Up Kids, Samiam at their searing finest, Bombed Out Records favourites such as Dugong and The Dauntless Elite, and of course the mighty Leatherface. With these cuts here, I can see The Lock & Keys as deserving to be put on a podium alongside some of my new favourite acts like Question The Mark and Goodbye Blue Monday. Add in some of the harmonising from Keep Your Heart by the Loved Ones, and bugger me, but it’s a winner, this. Play loud.

This crew hit me up through the A&E Facebook page (go give it a like). They come from West Yorkshire and describe themselves as a four-piece alt rock / grunge outfit that are “too loud for your parents, too distorted for indie kids”. I get the impression that this lot might be relatively young, so it’s impressive that they’ve already clocked up slots on the BBC Introducing Stage at Leeds / Reading Festival.

Although I wasn’t sure where it was going from the opening bars, I was gladdened when things kicked up a gear, and I was sort of put in mind of a poppy version of Avail stomping their way through a cover of I Won’t Spend Another Night Alone by The Ataris. It’s certainly nay bad, this and I’d be up for hearing more songs in the future. As yet this hasn’t been posted up on line, but it’s worth a spin, this if you get a chance.