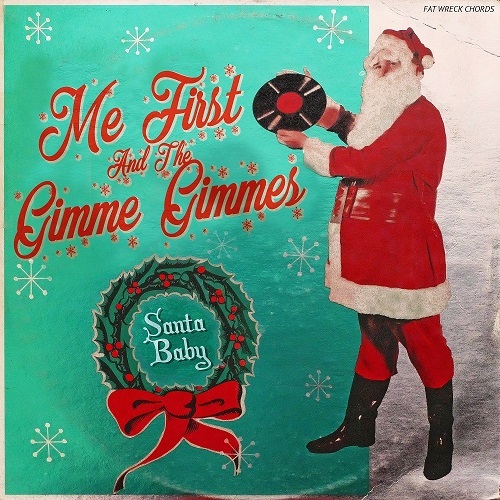 I really used to enjoy Me First rather a lot. Nowadays, not so much, mate. Perhaps it’s a side-effect of the sense of humour bypass surgery that some people think I underwent? Or perhaps more realistically, the joke has beyond worn thin, despite how much I may like the work of the bands’ constituent members in their mainstay bands (variously NOFX, Lagwagon, No Use For A Name, Swingin’ Utters etc.)…

Throwing a novelty Christmas song into the mix does absolutely nothing to sway me on the matter. I’ve never even heard the original version of this song, to be honest. I’ll bet Eartha Kitt must be revolving in her grave over this, though, the poor lass.

Doubtless this will go down a treat with your typical music hating, trilby wearing, Reel Big Fish kind of idiot that enjoys fucking juggling and wearing shirts with fire round the bottom though, because face it, that’s the market for Me First & The Gimme Gimmes these days. The type of human slime I’d love to mow down with a pair of Uzis just for the sheer joy of it.

I can’t help but wonder if the 2 minutes 39 seconds of my life I just wasted listening to this might have been put to better use attempting to drown myself in the diarrhoea of complete strangers. Now off you fuck to count your merchandising money, you sad twats. Tony of Nurgle rating: 1/10. 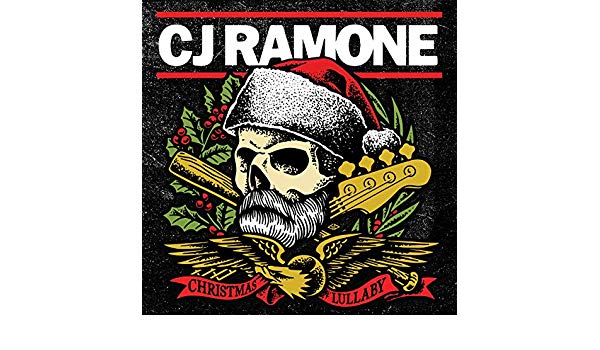 Bugger me. What’s the deal with all this novelty Christmas crap? Far from making me feel festive, this kind of thing makes me want to pound a wooden stake through my shrivelled blackened heart.

Having said this, if the songs here were about something proper, or even something less annoying, they’d actually be reasonably decent in a post-Ramones / Helen Love kinda way. Especially the second track on this 7in, a cover of Father Christmas by The Kinks. Sadly, this isn’t the case. In fact, you’d be better served listening to some classic Helen Love instead, because at least that isn’t some kind of cynical novelty cash grab. Tony of Nurgle rating: 4/10 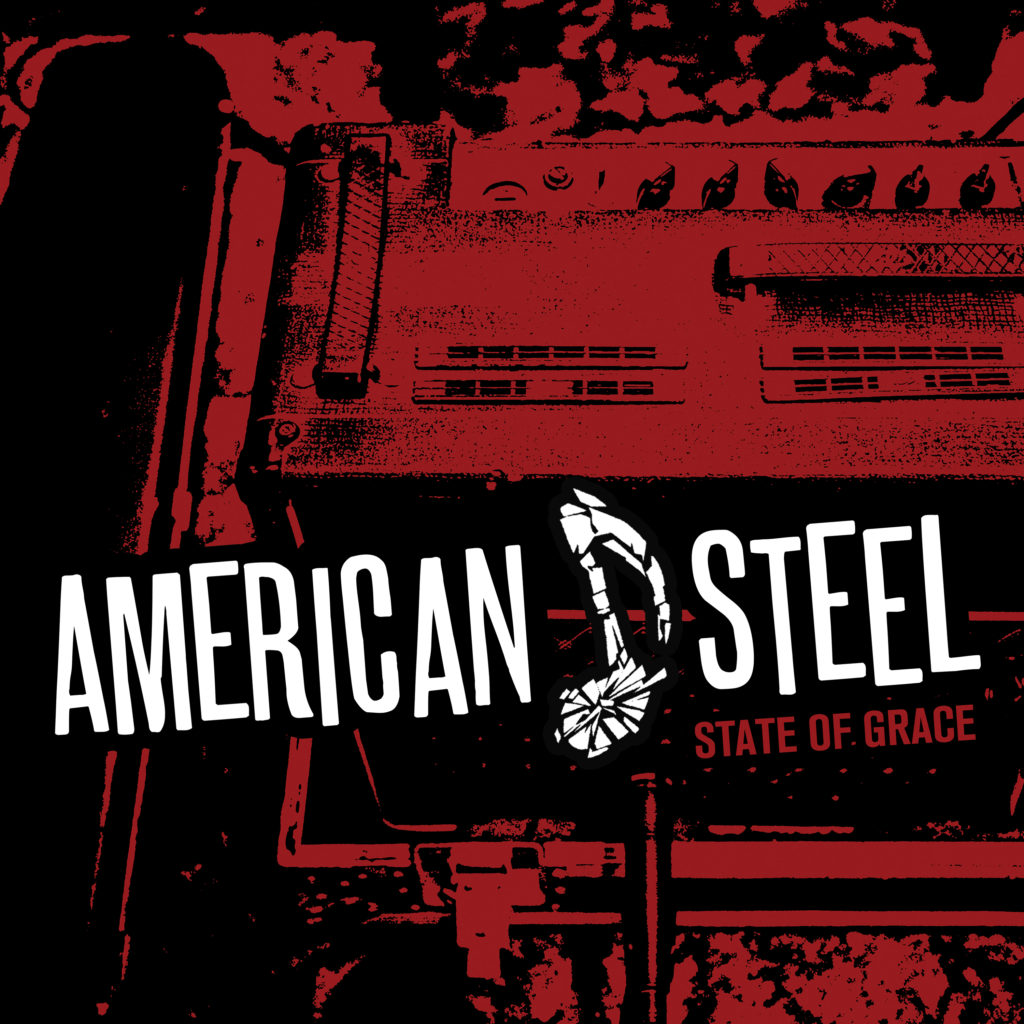 Holy shit. American Steel are back, with a 2 track 7in, mate. Refreshment indeed for these ears of mine, I tell thee most solemnly. Now, I’ve heard nothing of these cats since whenever Destroy Their Future came out (2007?). I thought that record was the absolute tits at the time. So obviously I was keen as mustard (well, if I found mustard at all palatable, I would have been) to check this out.

Guess what kiddies? No novelty Christmas crap at all, whatsoever, is in evidence here. Other artists releasing shit on Fat this month should take note. This right here is the kind of thing that floats my damn boat, ya hear? I’m particularly enamoured of the second cut, Should’ve Died Young (Playing Rock n’ Roll), which I’ll tell you for free, is proper as owt, mate, whether you are asking or not.

If you are legit enough of a person to like the idea of Against Me! circa Reinventing Axl Rose partying down with Hudson Falcons and the Pinkerton Thugs, then this my friend is your shit right here. It’s fucking glorious. Tony of Nurgle rating: 10/10 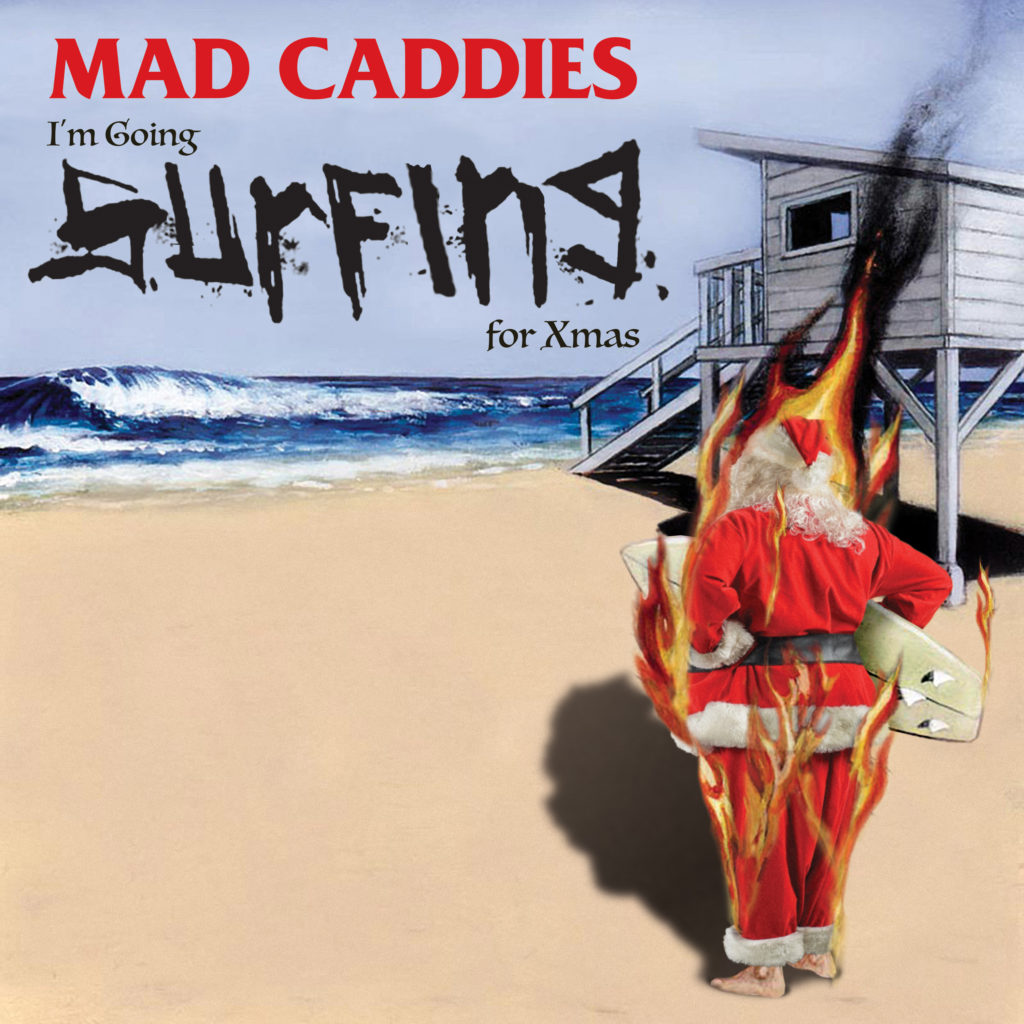 Jesus Jeffing Christ. Fat Wreck Chords. Just quit it with all these jarg Christmas songs. Beyond the moderately enjoyable artwork skitting on Bad Religion’s Suffer, I found absolutely nothing enjoyable about this. Back in the day I used to take more than a casual interest in the musical comings and goings of Mad Caddies, but I totally lost interest around the time they released Rock The Plank. I guess I’m saying they peaked with Duck and Cover, which had nuff tracks on it that I’d still say fucking slap, mate.

But this, I can only describe as Bing Crosby goes skiffle with muted brass. I think the best thing Mad Caddies probably ever achieved was when singer Chuck Robertson spewed up on the counter of the DJ booth when I was DJing Rock World in Manchester one time (I think this was two days before Deconstruction at the Apollo, and he was accompanied by a couple of other Caddies, the entirely forgettable German band Terrorgruppe and somebody from Mighty Mighty Bosstones).

Now get the fuck outta my life. Tony of Nurgle rating 1/10.