The Spears hail from St Pete, Florida, which coincidentally, is the current home of one of our writers, James Lamont. The Spears have something of an all-star line-up, featuring Chris Barrows of Pink Lincolns and Chris Barrows Band, as well as members of Down By Law (Sam Williams, guitar), Hated Youth (Gary Strickland, bass), D.R.I (Rob Rampy, drums).

There’s probably not much point in me blathering on about how much Barrows’ voice reminds me of that of Jason Sears from the earlier period of RKL, but there we go, I said it anyway, so go deal with it. Think the Keep Laughing LP (Mystic, 1985). If you don’t dig, I’m sorry mate, we can’t be friends.

Musically, there’s not a massive departure from the awesome Suck & Bloat era Pink Lincolns (recently reissued by Rad Girlfriend). It’s got a similarly snotty 90s pop punk mashing it up with 80s hardcore vibe. I’m kinda feeling an overarching Descendents circa Milo Goes To College sort of tip here. There’s also something of a nod to Toys That Kill here and there, as well as a crazy hit of Lillingtons on occassion.

For some reason the mad organ part in Nametag inexplicably put me in mind of that. For absolutely no reason, aside from y’know, if Rollins had sung for a weird mucky movie version of Black Flag featuring members of Lillingtons, it would probably sound a bit like this song. Maybe… I’m also wondering why Born Bad (I’m sure I read somewhere that Greg Ginn played guitar on this one? I can neither confirm nor deny this though!) reminds me of a mental surf version of Code Blue by TSOL? Only without the necrophilia! 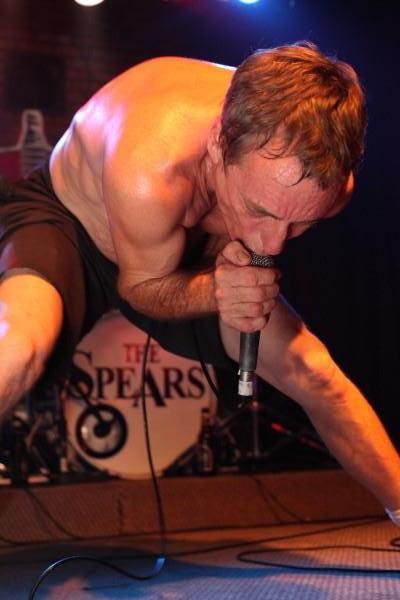 I need to give a special mention to Alphaman. It kinda reminds me of RKL covering Bad Religion in their Against The Grain period. What’s not to like about that, am I right? I realize that it’s kinda uncool to like Bad Religion these days, but I’m a contrary motherfucker. Uniform is pure Adolescents worship if you ask me. Shout out to the bonus live version of Sham 69’s Borstal Breakout on the end of the record too. Hits, mate.

Anyway, this stuff feels pretty real. It’s neither polished sounding nor under produced, which, I think allows a listener to see to the raw strength of the songs on this release. The honesty of the production here only highlights the quality of the playing. I realize we are talking shitty 3 or 4 chord punk or whatever, but hey, I like that kinda no frills shit. Why bother with pointless frippery and self-indulgence anyways?

Have a blast of this for yourself on the player below:

You can get this joint on either red or black vinyl LP from our dude Josh at the Rad Girlfriend Records webstore.