The Siknotes describe themselves as a well travelled, 90s style party punk band that “should be taken with a pinch of salt… slice of lemon and a shot of tequila” and they are from Grimsby, which they declare is “a shit hole”. I couldn’t tell you. I know that it has a reputation for stinking of fish, though. They cite NOFX and Pennywise and up-tempo skate punk as their influences.

The album opens with Drunk & Dischorderly, which I thought had a Consumed style vibe. Obviously the title is a skit on the Punk & Disorderly compilations, which in turn riff off the popular British petty offence of drunk and disorderly. Anyways, I thought things started out pretty well. The song is fast and has plenty of heft. It also serves as a great bookend when taken with album closer Wasted, which is something of a Dropkick Murphys style acoustic drinking song.

The influences are very clear here, and don’t tend to stray much beyond your 1990s Epi-Fat kind of fare, with the occasional flash of big league street punk. Musically, this is good. In fact I’d go as far as to say it’s very good. They’ve got the Epi-Fat sound nailed down HARD. They manage to sound slick and rough n’ ready almost at the same time. The musical net is tightly woven, and the vocal for the most part sits really comfortably within it. The backing vocals work well: by turns this is in the form of gang vocals and variations on your typical “whoahs and ahs” kinda thing. Speaking as someone that was a major partaker in this type of thing back in the day, it sounds pretty much as you would want it to. 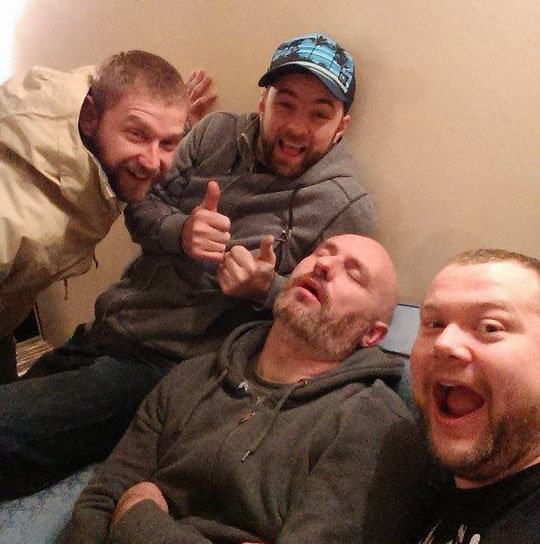 However, the problem here for me is the lyrics. They just aren’t up to the high standard set by everything else about this record. It comes across as pretty juvenile and asinine if I’m honest – kind of like some of those on the early Blink 182 records, such as Cheshire Cat, which were fine up to the point I turned 21 back in 1998. Sure, plenty of bands write songs about drinking, but the tragedy and shame of being a bit of a waste of space doesn’t come through here; instead we’ve got songs about pissing on phone booths and ending up getting cavity searched by the police. We’ve got toilet humour. We’ve got entry level lyrics about relationships; I don’t want to downplay anyone’s personal turmoil or whatever but it all feels a bit 6th form college. And there is no escaping or ignoring the lyrics as the vocal is pretty clear in the mix.

…And they also have a token song with a ska part, which is something I always find annoying. Properly boils my piss, mate. Question for the public: why is it so much less annoying when a ska band does a punk song than when a punk band does a ska song?

To conclude, I experienced a similar level of disappointment when I reviewed the latest Black Volvo joint. The music I think is great, and is well arranged and played hard and tight. I can’t escape the feeling that the band should’ve sat on these tunes until they had some lyrics that were worthy to be tacked on to them. I totally get that other people may well be more tolerant of the lyrics, but I want something that feels a bit more relevant to me now, not me 20 years ago. Musically, this would get a Tony of Nurgle rating of 8/10, but lyrically it’s a 2/10.

You can buy this from the Siknotes bandcamp page on coloured LP, CD or digital download, or as part of a combo pack