This crew are from London, and All Talk is (as far as I can ascertain from their bandcamp page) their second EP, following on from s/t, which they released in September 2017.  These guys are another new one for me, and I saw on Facebook they were looking for reviews and offered to take a look.

The initial thought I had when hearing this was that musically, this put me in mind of Dude Ranch by Blink 182 (MCA,1997), which I still think is a great record.  On that album, those guys really nailed that sweet spot where skate punk and trad pop punk meet, and gave it a really good emotive edge (at least when you redact all the dick jokes and so on). Similarly, there’s seemingly more than the odd nod to when No Use For a Name used to be a real force to be reckoned with (Daily Grind / iLeche con Carne! / Making Friends).

Vocally, I’m reminded of Tony Sly on the aforementioned NUFAN records. Only, like British.  Which is a relief, as many bands fall foul of attempting to adopt the old accent of the good ol’ US of A, which just sounds dead artificial, and unsurprisingly, like it’s being put on.  Another plus is that the vocal lines are non-standard enough to avoid being generic.

For what this is, it’s reasonably good.  No reinvention of genres, or indeed the wheel is taking place here. Having said this, nobody made any such claims.  If you are a fiend for nostalgia, I’m sure you’ll lap this up.  If these guys had been around in the late 90s / early 2000s, I’d have been all over this, I’m sure.  Tony of Nurgle rating 7/10

Both EPs are available for download on their bandcamp page on a pay what you like basis.  As ever, I would politely suggest that if you are going to take advantage of this, don’t be tight, bung them a couple of quid, mate. You can also catch them at the New Cross Inn in June: 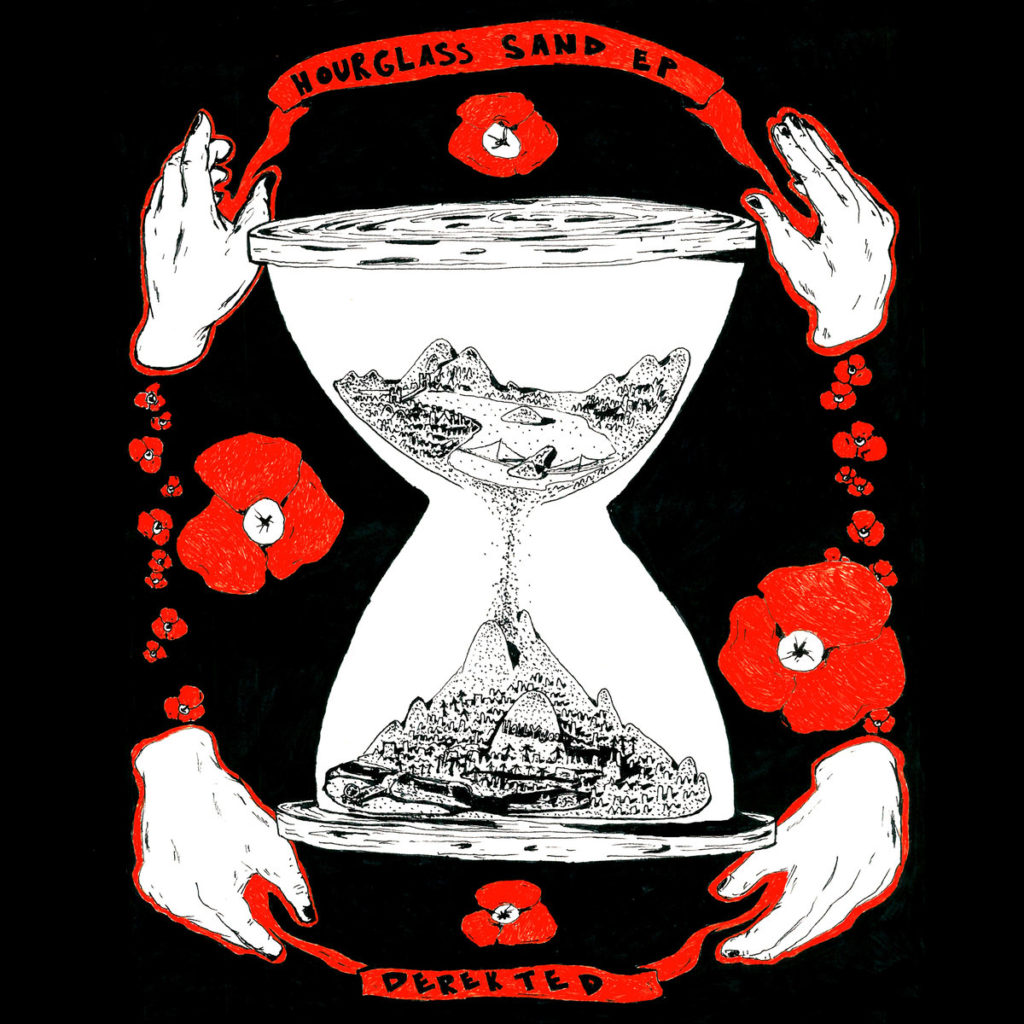 Derek hails from California’s Bay Area, and fronts (or fronted) a band called Owl Paws.  I’d describe Derek Ted as what I’d class as a ‘bedroom bard’. This stuff is I suppose gentle, melancholy acoustica / Americana. Fairly stripped down and minimalist.

Derek apparently takes influence from bands such as Circa Survive, Copeland and Radiohead. All bands that I couldn’t give a fuck about (although Radiohead’s The Bends is an anomaly that will forever remain a classic in my eyes).  This however, puts me more in mind of Connor Oberst’s Bright Eyes persona, Iron & Wine and so on. 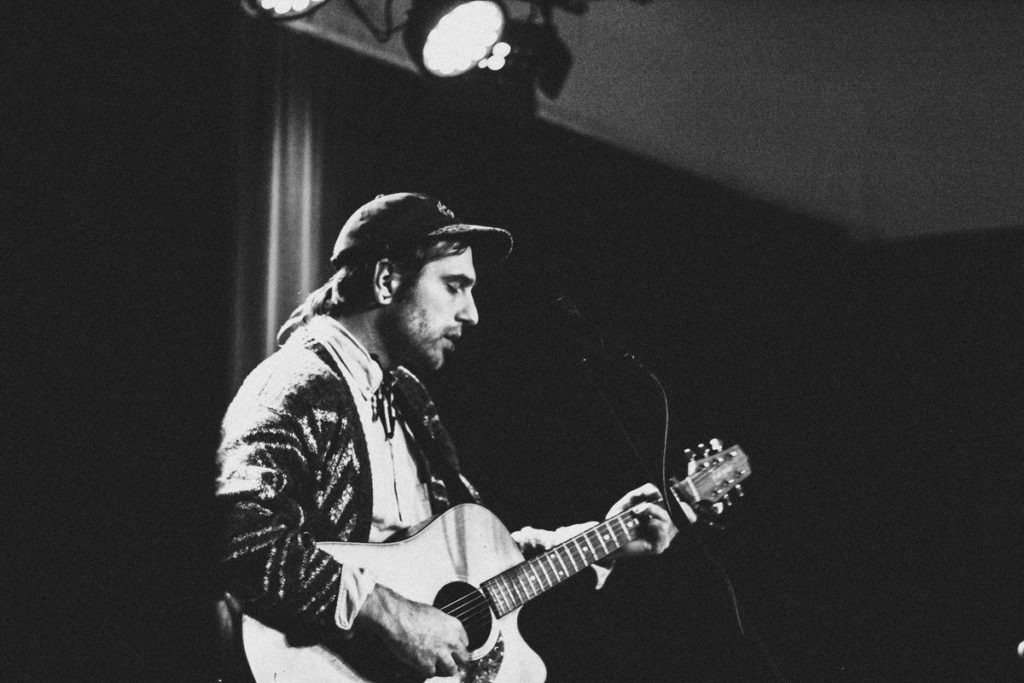 It’s pleasant enough I suppose. But it’s so inoffensive and non-challenging that I’m struggling to particularly see the point.  Admittedly, this is probably more my own problem than anybody else’s though.  However, when music inspires nothing but ambivalence in me to the point that I can neither judge it to be particularly good or bad and be able to say why, then that probably points towards a failing on the part of the artist.

You can hear the first song on the player below: 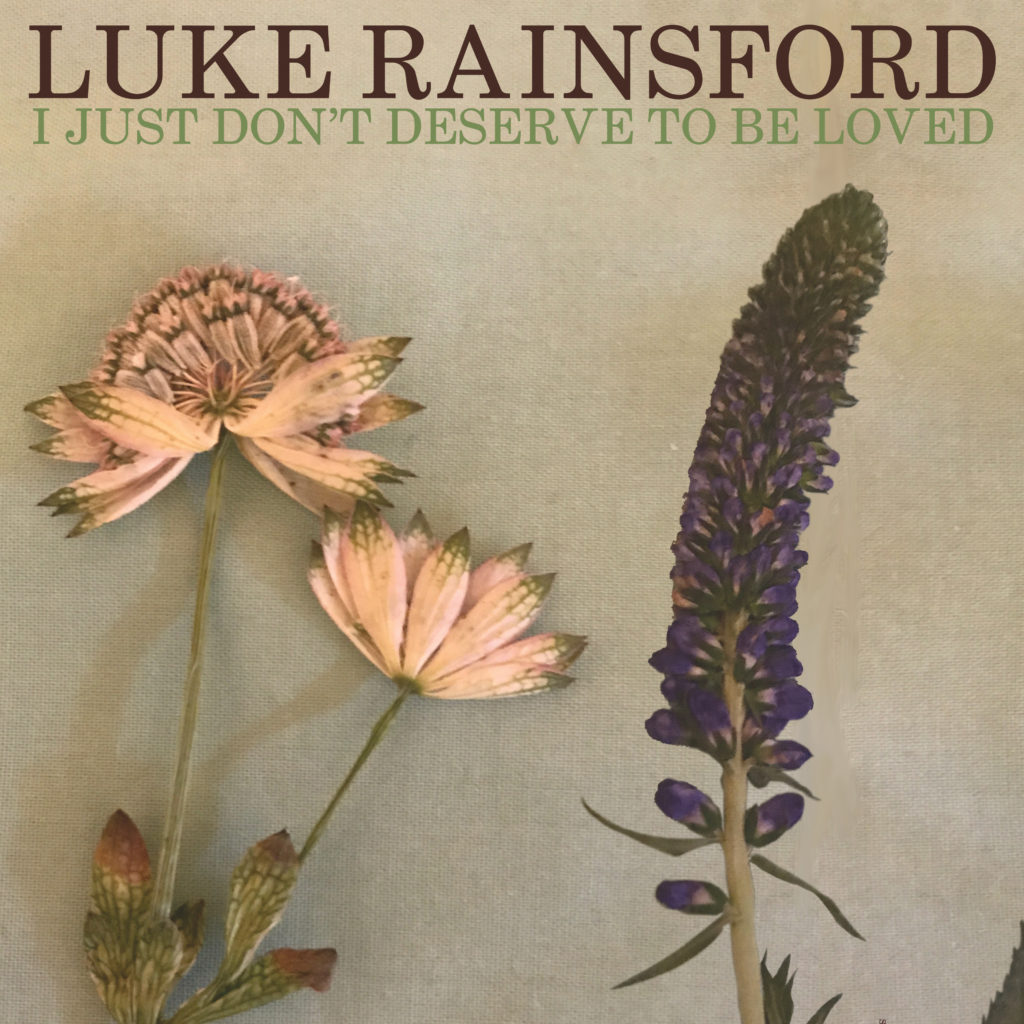 Wolverhampton’s Luke Rainsford is the vocalist for Layover, whose latest EP, Your Laughter Never Leaves went under the knife in May’s round-up. I didn’t shred it too heavily – I just thought it was a bit ‘young’ for me. Anyways this is Luke’s solo effort.

As is obvious to regular readers of the site, I’m quite fussy when it comes to the solo acoustic effort.  I’m a bitter, bitter man, and for me, as these musical forays are more often than not forays into introspection and self-recrimination, then motherfucker’s had best be soaking their solo shit in vast amounts of alcohol, and they’d better be full of piss and vinegar.  Because face it, that whole simpering Dashboard Confessional fancying “please have sympathy sex with me, ladies, I’m well sensitive and broken, me” shit… IT WILL NOT WASH WITH ME, MY FRIEND.

Although this does lean musically toward the Dashboard side of the fence, there’s a really dark theme of Luke exploring his grief over the death of his mother, and what I interpret as his actions during the final phase of her life.  It’s a pretty heavy theme, to be honest.

Stylistically, it’s not really my bag, as it lacks the requisite level of grit to really whet my palette.  I can appreciate that a lot of people are going to dig on this, and it’s certainly not a bad opus at all.  The best cuts from the six presented here are probably Looking For Your Ghost, An Open Letter and Sweet Briar. Tony of Nurgle rating 6.5/10

You can have a listen for yourself on the player below:

The 12in is available on transparent green splatter from Scylla Records