I’ve been waiting for this one to drop for a while (or at least since Juice said it was happening a couple of months back. Just to clarify, Denim and Leather are not a Saxon tribute act, although I’m fairly certain this is where they got their name from. Denim and Leather play dirty and play mean, with a sound all of their own shaped around a core of 80s style hardcore punk. And they are from Manchester. They have a couple of previous EPs out, which I encourage you to seek out immediately – they are available on their bandcamp page on a pay what you want basis: get the s/t 7in here and get ‘II’ 7in here.

I’ve known guitarist Phillip ‘Toz’ Torriero for a number of years, and when I first met him he was playing in a noise band called Barbarians with Mental Gaz. They are still playing together in Iron Drugs. Go check their stuff out on their bandcamp page, it’s great. And also available on a pay what you want basis. Don’t be a berk, mate. Hook it up. 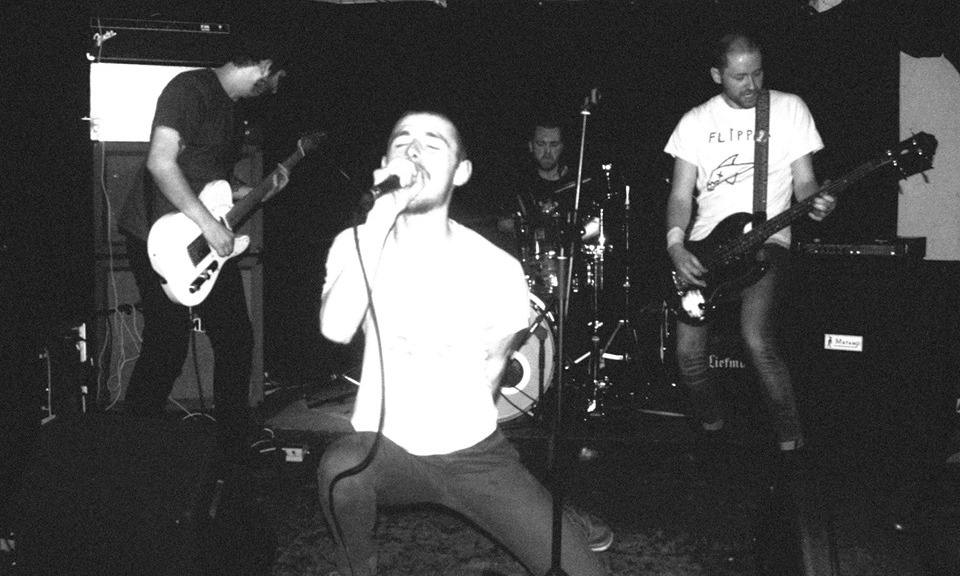 Anyways, Sacred Autism is the debut full length from Denim and Leather, and just like the first two EPs, it’s fucking great, mate. The LP has seen the Denim and Leather sound progress from the worship of Poison Idea and the early Black Flag records to, er, the next phase of their evolution for want of a better description. Those 80s hardcore influences still show through as strong as ever, but I’m hearing more of a My War influence in places, with a tarry, thick, sludgy sound which is kind of reminiscent of Pissed Jeans and Git Some. In others I’m kind of reminded of the Cro-Mags. In yet others, Negative Approach.

Imagine if Pulp had never gotten famous, and Jarvis Cocker had divided his time equally between getting razzed on cheap cider under a bridge, huffing lighter fluid, and baking his head on crack rocks in a Longsight shooting gallery (whilst not attending group work sessions for an out of control sex addiction) – these are the type of seedy, filth-caked vignettes of social observation and tales being told here,only in the semi-coherent vocal delivery style of the late Mark E. Smith (R.I.P) of The Fall. This stands as a stark counter point to the savage belligerence of the ‘screaming at the front row at uncomfortably close range’ type yelling. First class, mate. 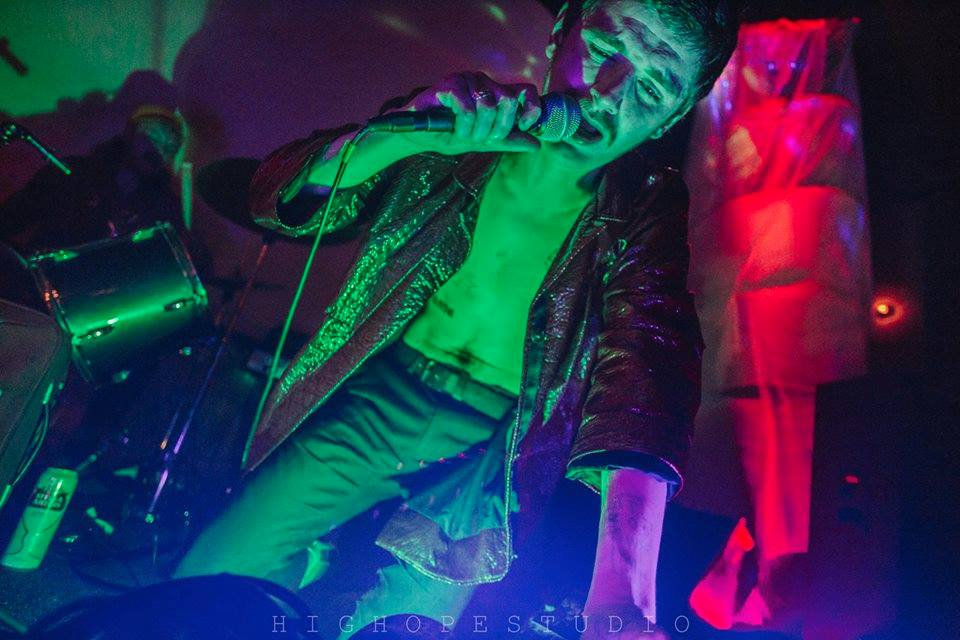 Somehow Denim and Leather manage to bring these elements together as a thoroughly coherent whole. Where you’d maybe expect this to sound haphazard and sloppy, in fact it’s deceptively tight as fuck and impeccably controlled, whilst still oozing the evil menace of a violent staggering drunk. So what’s not to like?

My top cuts here are opener Scran (which leaps straight into the action, no holds barred), Grave 99, Cathedral Gardens and Hatchlings. This record will leave you soiled, battered, bloody and grateful for it, too. Brutal, squalid and invigorating. A solid Tony of Nurgle rating of 9.5/10.

Check this out for yourself on the bandcamp player below:

You can get this on yellow or black vinyl from Juice at Drunken Sailor or you can get a digital download from the Denim and Leather bandcamp page for the not so princely sum of £5.