For a good while I’ve had the concept for a music magazine feature rattling around in my head, even as we’re told over and over that the magazine industry is as dead as a punk rock dodo. The idea is to comically juxtapose profiles of two artists with similar names but completely different backgrounds, that you won’t want to mix up when trying to build your nerd cred: Goldfinger and Goldfrapp; Gorilla Biscuits and Half Man Half Biscuit; 7 Seconds and S Club 7; you get the point. I’ll be waiting by the phone for you all to jam the line insisting that I bring the project to life. A particularly satisfying pairing would be Superchunk and Supertramp. Aside from the fact that both bands make me want to eat a hefty breakfast, I don’t know a great deal about either. Over the years I gleaned that Superchunk were acclaimed alternative “dahhlings” who were considered the most obvious inspiration for The Get Up Kids’ anthemic, clean emo pop. The chaotic yet easygoing approach to record acquisition led me to investigate these claims only recently, with the help of their eleventh studio LP What a Time to Be Alive, released in February. 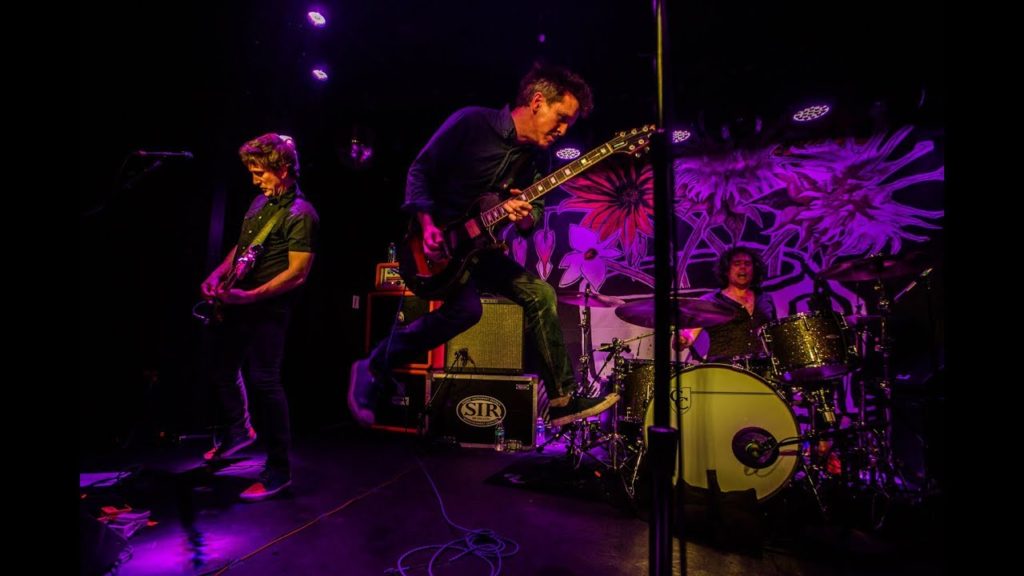 Often, backtracking influences are a little hard to pick up on, at least without doing some surrounding research on specifics. While taste does change and mature, if you’re in the middle of a love affair with the protégé band, it’s not unusual for the influencer to sound like a less developed version of the elements that you’re into. Not so much here. From the opening moments of the title track the comparison between the two acts is obvious. Even at the age of 50, Mac McCaughan has that same kind of awesome, joyous, tenor voice as The Kids’ Matt Pryor. The hooks are a bit less bold, but it’s pumping and high-inducing. The drum intros, the sad little bridges; great stuff. I would have liked this at 15 but probably not adored it. It heavily resembles Something To Write Home About except there are no ballads or over the top cries of romantic love, meaning it punches out a full 20 minutes before the UK version of that album (it was two songs longer than the U.S. release, apparently. Ending on I’ll Catch You not Central Standard Time. Rubbish!)

What a Time to Be Alive has no time for ballads, because when variety calls it dips the other way towards brevity. The two-word average and “on the tin” appearance of many of the titles in the tracklisting looks like an old hardcore one: super chunks you might say. Lost My Brain with its feedback intro and barely absent chorus, and Cloud of Hate’s no-nonsense dismissal are the most clear examples of this sugar-sprinkled hardcore sound, but the pacy Reagan Youth spells out the intention before you even listen to the record. “Reagan Youth taught you how to feel/Reagan Youth showed you what was real/But to tell the truth, there was more than one Reagan Youth” sings McCaughan. A touching placeholder for the Dave Rubinstein tribute album that Paul Cripple has been promising for years, perhaps Superchunk are saying we’re all still children of that defining time, with current dunderheads created via the inbred lovechild of microwaved Reagan-era social conservatism and dissatisfaction with the poverty-breeding “globalist” policies of nonstop neoliberalism.

The band have stated that WATTBA is a direct response to the Trump era, but mercifully his name is absent from the lyrics. And speaking of runtime and Central Standard Time it brings up an interesting conversation about whether artists should be striving to discuss timeless topics or not. On the surface a record that takes this approach will age better than one full of bleeding heart pleas, or a band named after a President who eventually left the White House (in body if not in ideology). But I think time capsule media can be just as interesting or insightful to future generations of listeners or viewers. Sometimes an artist needs to stop worrying about their legacy and make something that is useful for now. If it’s such a time to be alive, let’s hear something that makes me feel empowered instead of depressed that I’m even thinking about it. 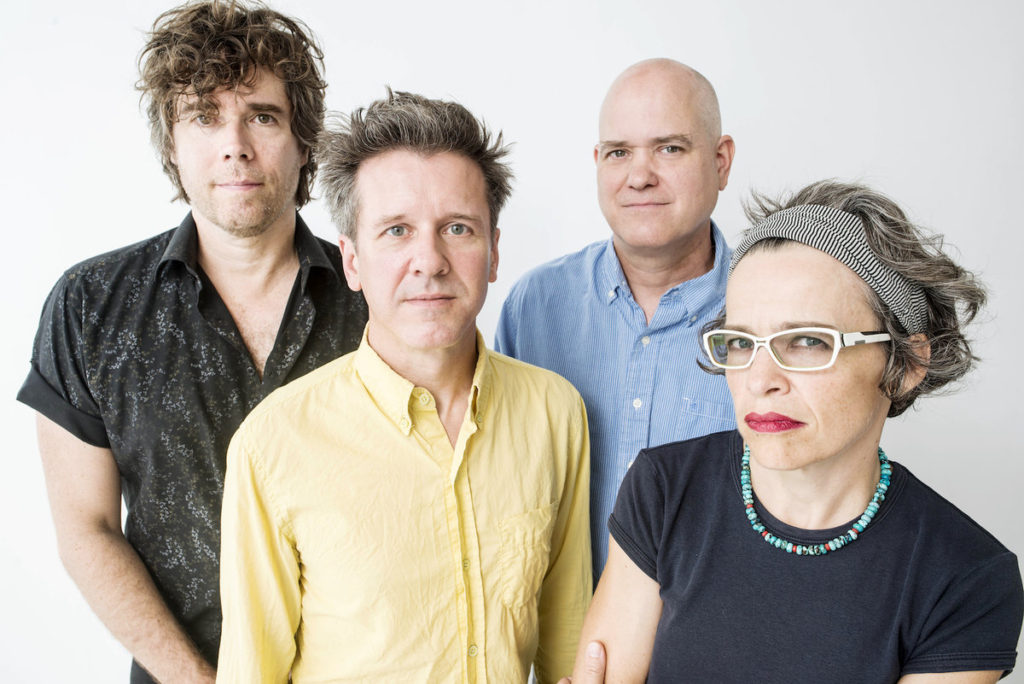 Superchunk must get this or they wouldn’t be making this tilt towards the most immediately gratifying of genres, but they’re as bored and sick as we all are of fighting the same fights over and over. I Got Cut, for example, is about reproductive and medical rights. “Family Planning/Free Chelsea Manning,” things that basically already happened, but you never know what the hell will try and roll back around the next corner. The song was released as a 7” last summer to raise money for Planned Parenthood, with some cool one-of-a-kind sleeves and a cover of Up Against The Wall by Tom Robinson Band on the b-side. The band confronts the duelling desires to shrink back or step up to fools who think Earth is their big playground with All For You: “Fight me/I’m not a violent person but fight me.” A battle cry for emo kids. Also basically how I feel every time I hide in my living room and fire up Halo.

Speaking of Halo, there’s an amusing story that ties into this album’s early listens. A few weeks ago, the missus and I, as we often do of a weekend, were getting trashed and preparing for a mass killing by shooting digital motherfuckers in the face (as any dipshit who takes money from the NRA can tell you, these games can teach you exactly how to operate a real machine gun, which is why they recommend going to the firing range baked out of your head to replicate the online experience). These events are the closest I get to DJing at the moment, so I plonked on What a Time to Be Alive, and proceeded to drunkenly waffle on to my ever-patient girl about how great it was and how much it resembled the punky alt-rock that we both grew up with. We had gotten to track 10 or 11 before I realised that I’d misjudged the stereo and we were actually listening to chapter one of The Emo Diaries, a compilation that came out on Deep Elm Records in 1997. It features early Jimmy Eat World, Samian, Triplefastaction and a gaggle of decent bands no doubt lost in the cornfields of the Midwest before I had chance to ever investigate them further. Music critic of the fucking year. 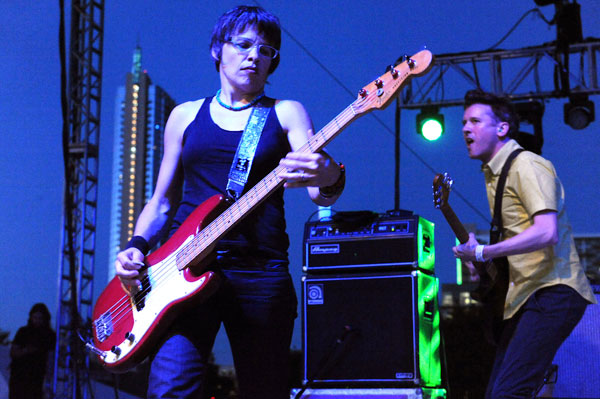 Don’t hold it against Superchunk though. I’m now more familiar with the album, and it really is its own beast. While the overall flavour here is as American as a supersized, super-pink milkshake that I may or may not be craving from staring at the pink back cover, there are also all these moments that remind me at least of swathes of English rock. These moments bridge the oddly rigid divide between the many strains of punk-influenced American alternative and mainstream UK indie. McCaughan is like Bernard Sumner (New Order) with his ageless boyishness, and is also not a thousand miles from the cheeky pipes of Gaz Coombes of Supergrass (ooh, there’s another one for the mag). Sticking with Sumner for a second, All For You has a lengthy Joy Division-esque bassline in the intro, and sticking with bass intros, Bad Choices starts with notes that seem to be lifted wholesale from an interlude in Lock, Stock and Two Smoking Barrels known only as “bass riff”. I’m no bigger fan of Guy Ritchie than the average person, and this doesn’t even qualify as a full song, so bugger knows why I remembered it. But it is pretty damn English.

Careening back up North, it’s just a coincidence, but a few songs showcase words with hard extended “a’s” that leave McCaughan sounding like Lee Mavers from The La’s: “There’s a crooked line that runs through every crease in this maaap/You want to take us all the way baaack.” Maybe it’s the North Carolina way too. You can enjoy it on the chorus of Break the Glass, a cut about hammers that thankfully doesn’t imitate the “granny rock” of Maxwell’s Silver Hammer by that other famous Scouse group. A couple of tracks have this warbly, strained guitar that suddenly ducks to a lower tone that puts me in mind of Lowgold, one of the meeker acts of the post-Britpop field in the late 90s, which is saying something when you consider how meek that entire field generally was. There’s probably a more noteable comparison but I can’t think of it. They also had a rather shit string of luck as a band, if not as unconventionally awful as that of Reagan Youth.

I’m struggling to find much at fault with What a Time to Be Alive. This many albums in you have to know what you are doing to make it worth a damn, and these people clearly know how to deliver. Erasure is not a bad tune, but may be a tad slow and minimalist in the middle of the record, which otherwise has a really fun arc. I’d prefer if, at some point at least, the politics went deeper, rather than being scattered about vaguely. WATTBA is not going to set the world alight, but it’s a dependable quality melodic rock listen. If their other ten releases sound similar to this, I can’t imagine it’ll be necessary to get them all. But I’ll no doubt casually grab a few more going forward, and this seems as great a place to start as any. Super stuff.

You can buy the album from Merge Records here and stream it at Bandcamp or on the player below. Superchunk will be doing a few dates in the U.S. throughout April and May then Europe starting in late May.

A limited edition acoustic 7” featuring the tracks What a Time to Be Alive and Erasure will be released on clear vinyl for Record Store Day 2018 (April 21st). No link, ‘cause get your arse to the local shop.