Templeton Pek are a three piece combo from Birmingham (UK not Alabama), and Watching The World Come Undone is their 5th studio album. The release heralds their 10 year anniversary as a band.  To be perfectly honest, these guys have passed me by completely – to the extent I’ve never even heard the name.

To be honest, I’m kind of not surprised I’d not heard of them. This record feels a bit like it could have been released in the early – mid 2000s to me.  The sound here in part seems to draw heavily on the 1990s Epi-Fat skate punk sound, falling somewhere squarely between NOFX, Pulley, Good Riddance, Bad Religion and Ten Foot Pole.  The other side to the sound seems to draw on the metallic elements of the first couple of Thrice records, Strung Out (from American Paradox onwards) and Rise Against after they kicked out Mr Precision (after The Unravelling, which immediately saw them begin to lose their punchiness).  Add to this a dash of Jimmy Eat World circa the Bleed American album (or s/t as it was later renamed) to bring out even more of a polished ‘arena emo’ edge to the sound.  It sort of reminds me a bit of Crusades.  In principle, there’s not too much wrong with this sound, and I can imagine my friend Knolle (basically, this translates as ‘Spud’ in German) quite liking this. Shout to Knolle.

The back section is pretty tight, and the drums create a solid net, which is interwoven with a very NOFX-esque bass sound. The guitar player is pretty decent, and there’s some nice varied riffage on here.  There’s enough of that techy stuff (that leaves me a bit cold if I’m honest) to please people that like bands like A Wilhelm Scream too, but thankfully free of that frankly irritating start-stop-start bollocks. 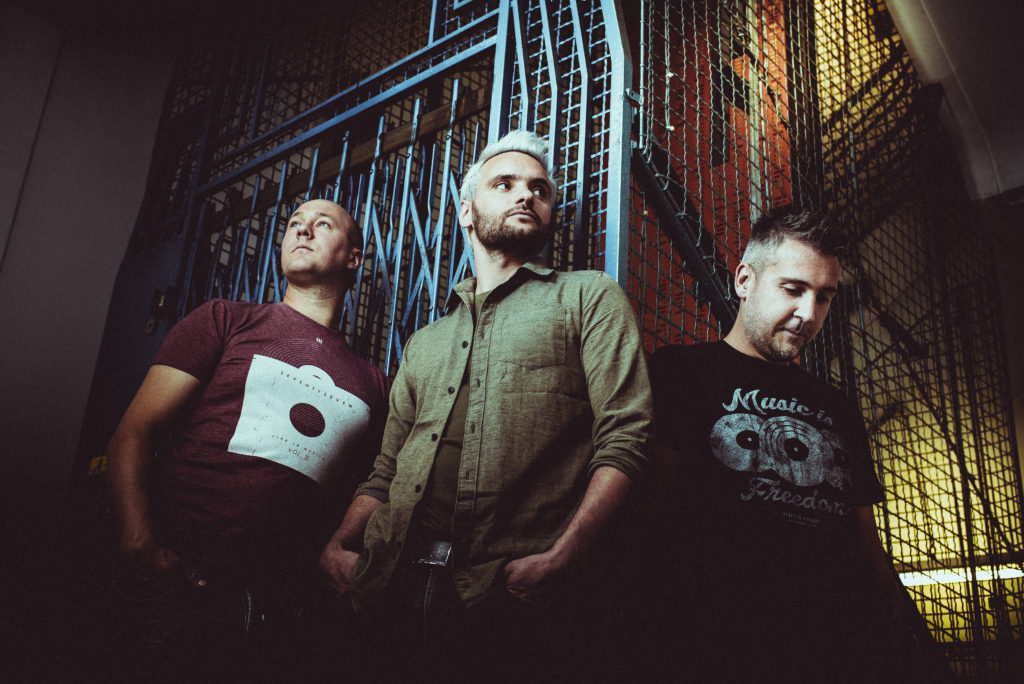 The real barrier here for me is the vocals. They are clear (as is pretty much everything in the frankly excellent mix) as a bell, and I guess the guy, Neal has a ‘nice’ voice. Personally speaking, for my tastes, the accent to the vocal feels a bit too Americanised for me to get on board with, and lacks what I feel is a much needed rough edge. Yer man there, to my mind should sound like Arthur Shelby from the Peaky Blinders, whereas in reality, he (kind of) reminds me of that dude from Strung Out, I guess. Admittedly, that’s not going to be a problem for many people though.

In conclusion, it’s fair to say that there is a lot that I think is really good about this, but the vocals put me off (sorry Neal) wanting to spend more time checking it out or investigating the back catalogue.  The sound feels a little bit dated, in a way, particularly when judged alongside Lagwagon’s 2014 effort, Hang, which saw them reinvent and successfully modernise their mid-late 90s sound in a way that seemed so natural you barely noticed it was happening. For me, other bands have done / been doing this kind of thing better than this, and there’s no reason for me to listen to this record instead. As it stands, I’d give this a Tony of Nurgle rating of 5.5/10.

As I always make sure to say, go check it out for yourself, this review is my opinion, not yours – you might love this, even though I don’t.

You can pre-order this from Drakkar here

You can catch Templeton Pek live this spring / summer: