A few years back Harker appeared on my radar when main man Mark Boniface released an acoustic cover of Jawbreaker’s Do You Still Hate Me? I tell ya, that thing caught me slipping. It’s fucking beautiful. Messing with Jawbreaker is a bold move in this punks estimations but Mark’s throaty whiskey stung vocals brought a whole new level of hurt to that song and Harker’s Loyal Than Most EP  became a permanent fixture on my playlists.

So when Tony says ‘anyone wanna review Harker’ I jumped at the opportunity. I seldom get a look in when it comes to this sort of stuff, one of the other writers who knows more about this genre usually gets first dibs whilst I skulk in the basement sharpening my claws in anticipation of the next shitty metallic hardcore band to stumble down the cellar stairs and into my clutches.

Harker open proceedings with Station Approach and I’m immediately struck by how polished this all sounds. This is not the rugged melancholy of previous work. Nope, No Discordance is consistent throughout in that every song sounds like the genetically engineered offspring of The Get Up Kids and The Ataris. 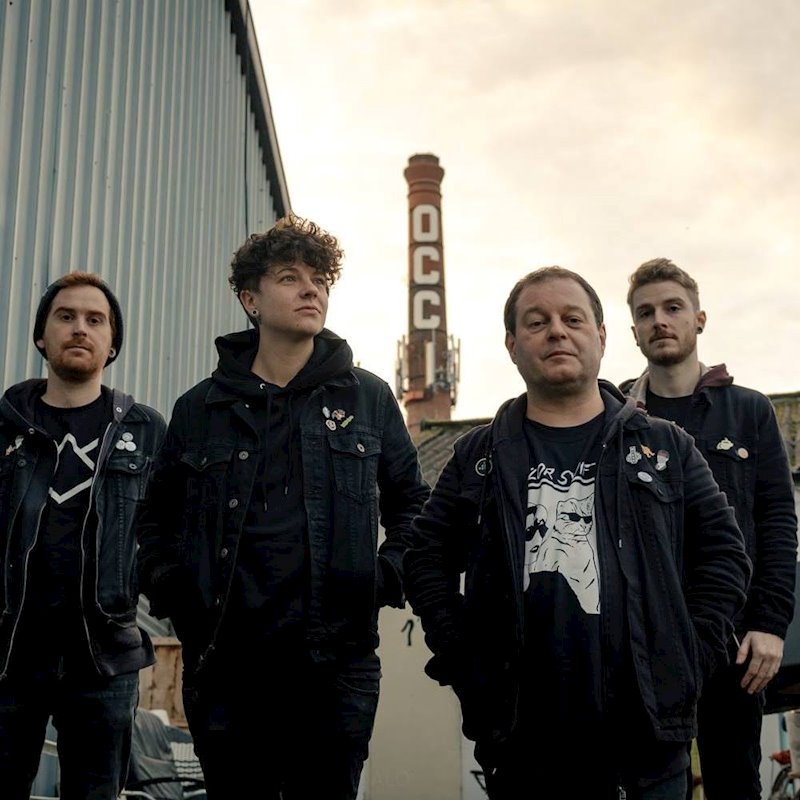 Sometimes Dead Is Better has a triumphant feel, the rasping snarky backups provide a pleasing contrast to Boniface’s saccharine vocal and it feels a bit shoegazey in places which caught my interest and made for a welcome change of pace.

But for the most part It’s all pensive sadness and wistful poetry coupled with big soaring chorus’s and all the rough edges filed off. I can imagine this is great music for driving around with the windows down on a summer’s day with the rest of the Scooby gang in the back smiling and singing along and If that speaks to you and your life of sunshine then have at it.

But I live in the north of England. It rains all the time. Everyone’s piss miserable and a fifty year old woman with a grid like a bag of smashed crabs asked me for sex yesterday. On the bus. I ain’t even kidding. I sat down next to this lady right and I foolishly broke with tradition and smiled at her.  Before I could get my headphones in my lugs she was straight in there showing me videos on her phone of her doing a bit of karaoke in her front room. Quite how she made the leap from me sarcastically complimenting her on a frankly fuck awful version of Sweet Caroline, to “Fancy a jump round the bins?” Is still causing me some concern . See, this is why I don’t smile much or write nice songs like Harker. Because if I did my life would just start to look like a directors cut of Rita, Sue & Bob Too and who needs that?

Harker have written a love letter to the late 90’s/early 2000’s emo pop punk thing and accurately nailed the structure and nuance that is sure to please dedicated fans of the genre. And whilst No Discordance is initially a pleasing enough record, I found the songs became somewhat indistinguishable from each other upon repeated listens and I fell out with it all very quickly. You might like it though. Have a look:

No Discordance drops on 09/02/2018, and you can find details of where to buy it around the world here