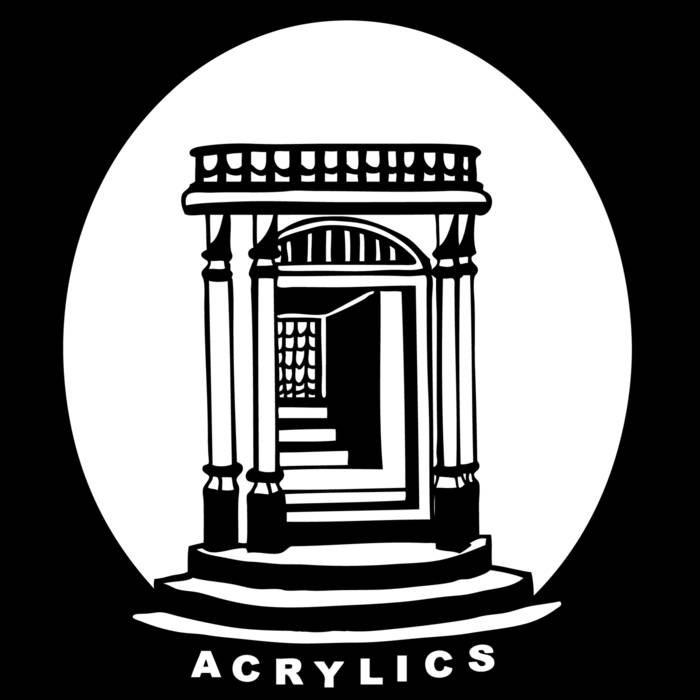 It’s a rapid one-two to the physiognomy that’s punishing, obnoxious AND compelling in equal measure. There’s something overtly sinister about this that specifically put me in mind of a nightmarish alternate reality, where I find myself blundering through a pitch black maze, being stalked by gigantic irradiated insects. The drums are relentless, the vocals are riding a peak between panic and outright mania. The guitars kind of put me in mind of some of Converge’s more straightforward work. It all sounds as evil as fuck. It’s pretty short though, this. Blink and you’ll miss it. But double thumbs up, as I hate time wasting and unnecessary navel gazing when it comes to music. Definitely not suitable for mouth-breathers. 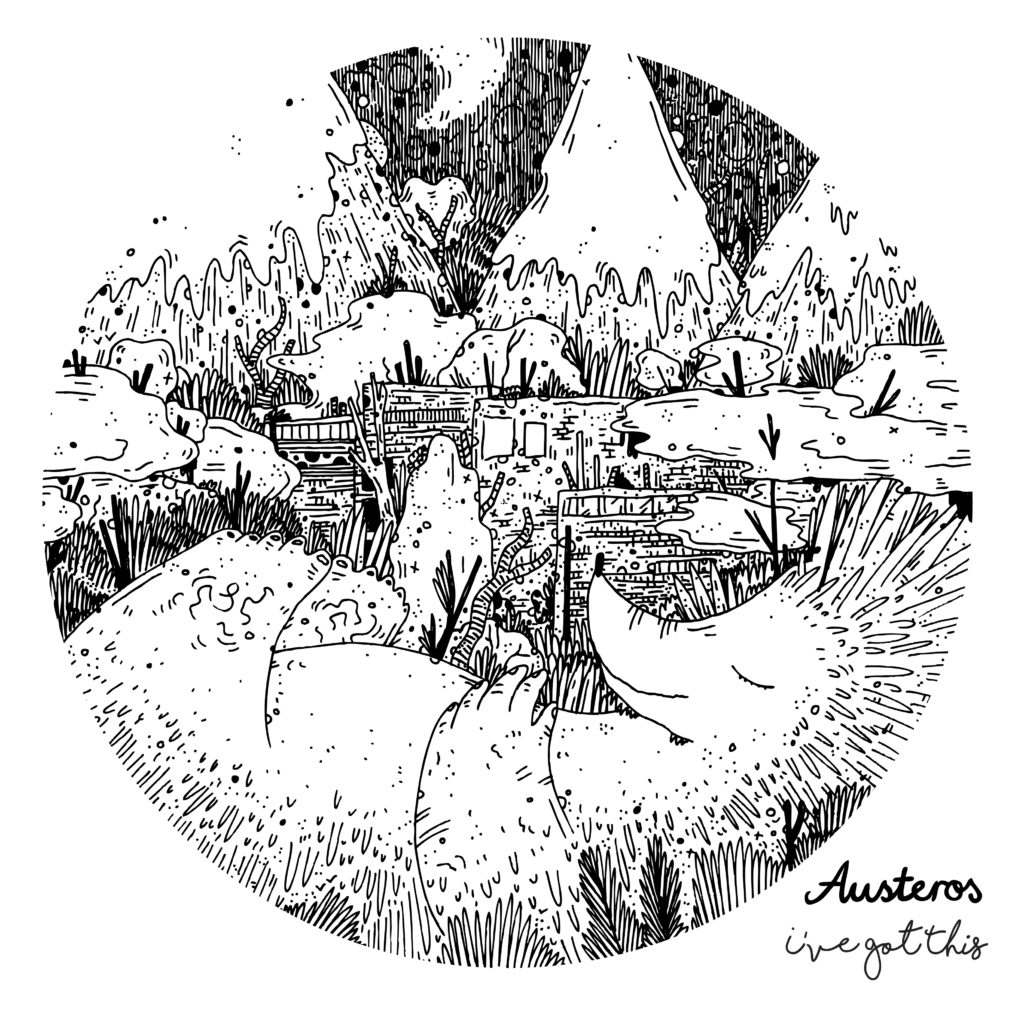 ‘What’s so wonderful about Austeros, then?’ I hear the six of you that regularly read this blog cry out, somewhere in the wilderness. Well, let me tell you. The singer – I’ve no idea whether it’s Jeremy, Steven, or Nathaniel – has not just a great voice, but a rather emotive one. Despite not sounding anything like Lou Barlow (Sebadoh, Dinosaur Jr., Folk Implosion etc.), there’s something in the delivery of the often heartbroken (or heartbreaking, depending) lyrics that reminds me of that guy. I quite the notion expressed in Cherished that speaks of the protagonist coming through a period of depression and coming to accept that they are worthy of being happy, and the journey toward reaching that conclusion.

Musically speaking, this kind of reminds me of the first couple of Get Up Kids albums. There’s also some trad UK indie elements ala very, very early Wonderstuff and Mega City Four (not as if I’m showing my age or anything is it?). It’s all seemingly served up through a mid-West punk influence-lite. Think Arms Aloft or maybe kind of a gentler version of Off With Their Heads. Some of the song structuring vaguely reminds me a bit of stuff from Hole’s Live Through This album for some weird reason. There are some awesome nods to that whole wave of quality proper emo bands like Braid and Texas Is The Reason.

9. (joint) Beach Slang – We Were Babies and We Were Dirtbags 7in (Polyvinyl) 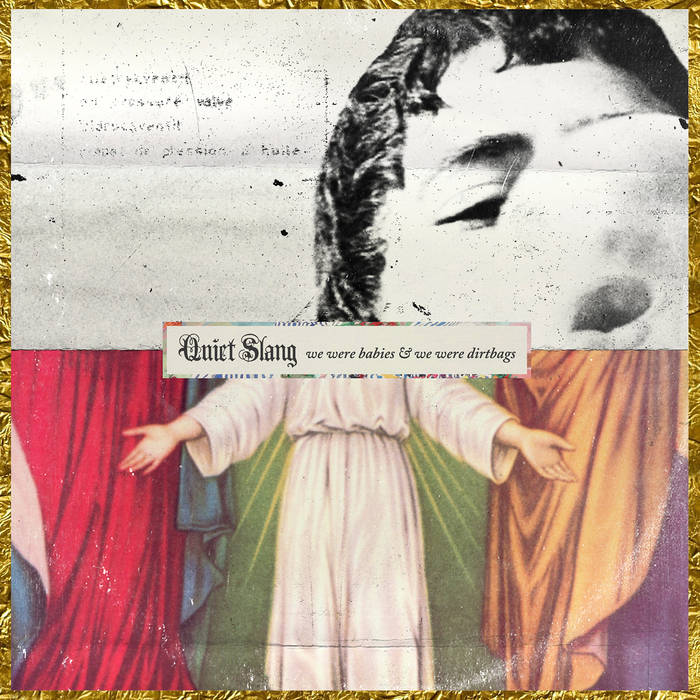 We’ve got a couple of Beach Slang numbers here in the form of Future Mixtape For The Art Kids and Bad Art & Weirdo Ideas. The Quiet Slang treatment of these songs seems to lend a whole other interpretation of what these songs are. There’s no denying there’s a kind of romance to the original versions, but these versions are almost like heart-worn paeans to discarded youth, rather than memories of youthful rebellion and adventure. If you love Beach Slang, you’ll love this. If you have a little romance in your soul, you’ll be down with it. Not heard Beach Slang? That’s fine. This is as good a jumping on point as any – their material is of a consistently high quality – although this is a marked contrast to ‘Beach Slang proper.’ 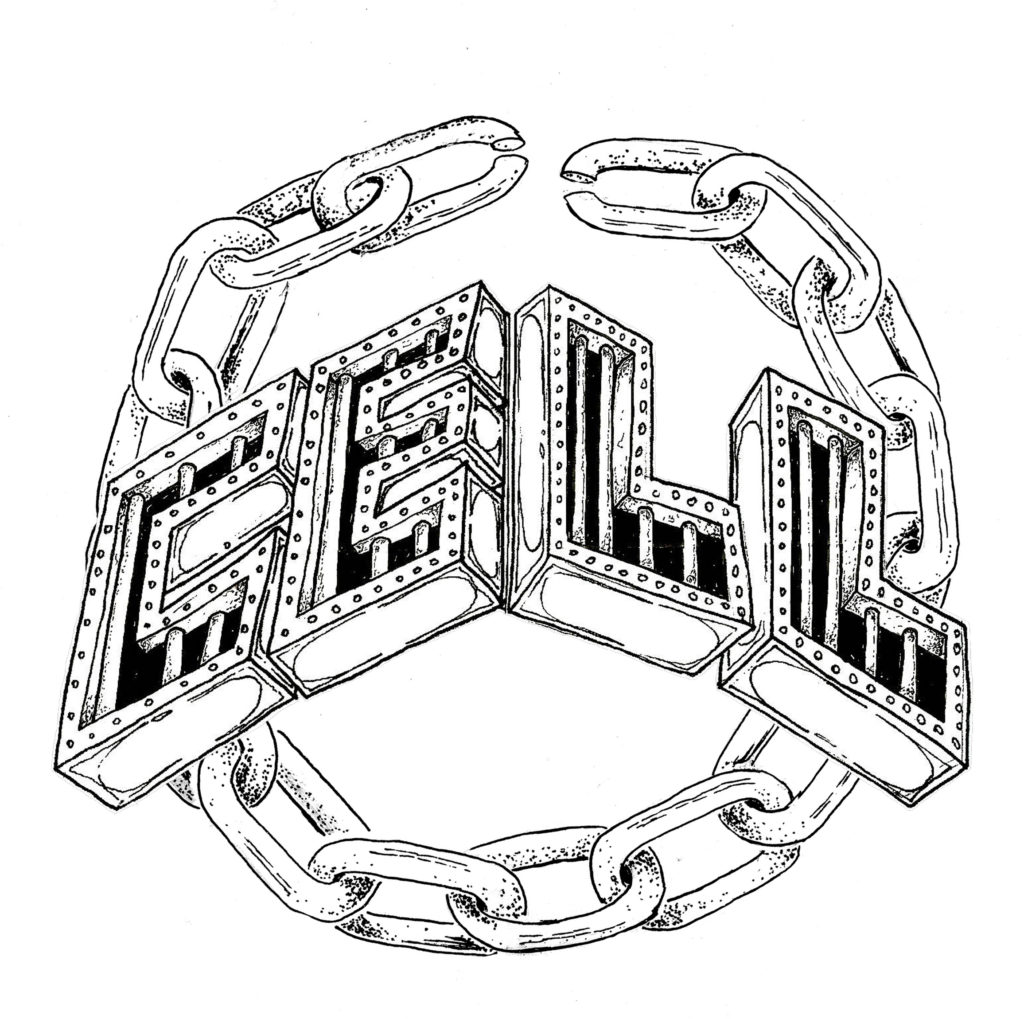 This is as hard as fuck. Imagine if you will, Cursed playing a set of Cro-Mags and Judge covers, but fronted by Exene Cervenka, and you’d maybe have a partial idea of what this sounds like. Or, if you don’t like that idea, imagine (weirdly) Nenneh Cherry fronting the Cro-Mags. Either way, it’s got reverb heavy female vocals, it’s heavier than sin, has limited production values (it’s a demo innit?) and has a seething, throbbing undercurrent of barely contained violence to it. It’s exactly the kind of thing I’d expect the older hardcore guys and gals of my acquaintance to lose their marbles to. I can visualise the cans of branded cola being politely placed on the floor seconds before many a posing melt is ploughed under in the wild abandon of the pit.

8. Liquids – More Than A Friend 7in (Drunken Sailor Records) 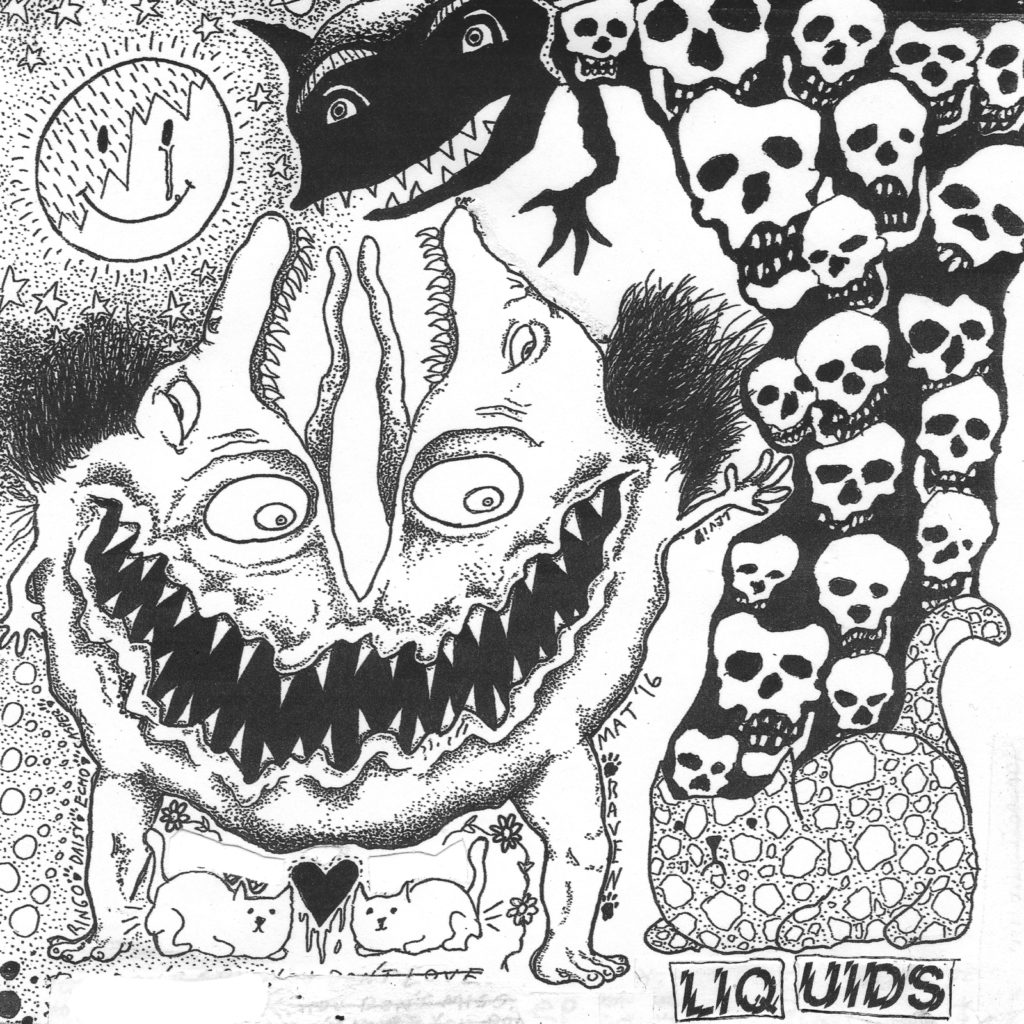 Liquids are some hot hot shit. Kind of like white-hot awesome flavoured soup. Madcap, catchy garage punk. Think some kind of bizarre melange of the Germs, the Ramones and Gas Huffer and you’d not be too far off. If this shit doesn’t get you toe-tapping and twitching, you are most certainly dead inside. And I feel sorry for you, to boot.

7. The Globs – Do You Feel Weird? Cassette (Dead Broke Rekerds) 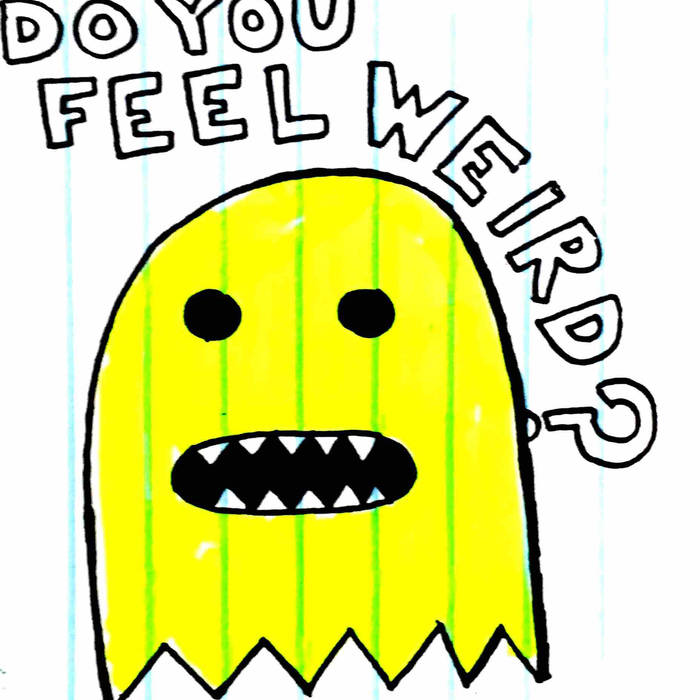 In order to try and get across what this sounds like, I’m kinda hearing a Joyce Manor meets the Teen Idols meets Mr T Experience kinda thing. Maybe a bit of Zombina & the Skeletones. It’s infectious. It’s fun. 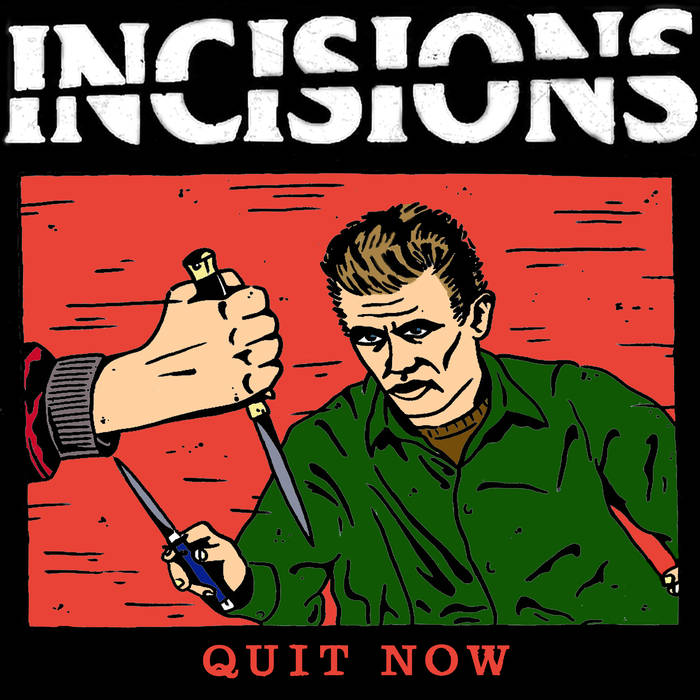 The majority of the cuts clock in around the minute and a half mark. None exceed two minutes. And, y’know they’ve actually got songs about stuff. Belligerent. To the point. Cut through with malevolence and plenty of constructive / destructive critical narrative of the current political climate permeating this ball of shit we inhabit as it rotates it’s lazy way through space. It’s all good with this hog right here, son. In fact, if I wasn’t a victim of my own lethargy and complacency – would probably mosh. 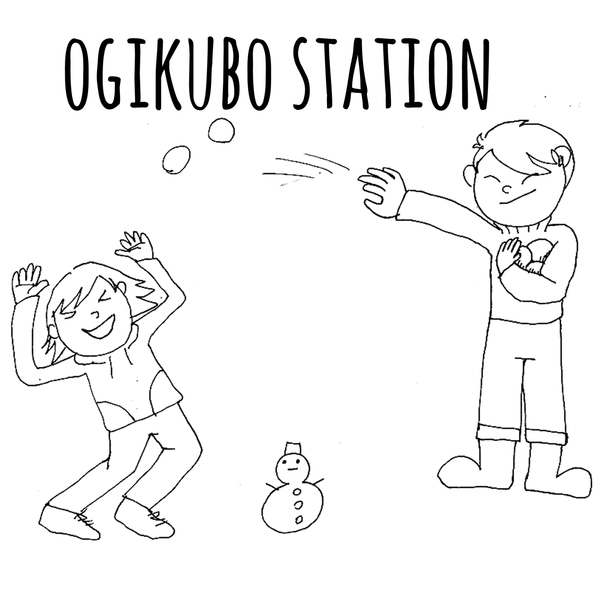 I challenge you to put this record on and not have your heart and spirits lifted by the delicious boy/girl harmonising, underpinned by well considered picking and strumming. Although it’s a bit of a different vibe to your usual punk rocker turned bard kind of fare (ala Chuck Ragan, Tim Barry, Sundowner, Brendan Kelly etc. etc. etc.), there is 100% a definite cross over in appeal here. If you dig on any of the aforementioned acts, and do not give this a whirl then not only are you missing out on a real treat, you are being a right old silly billy aren’t you?

If I was pushed for favourite cuts, I’d plump for This World Breaks Your Heart and Makes You Grey and Hey Good night Goodnight All Goodnight, or Bound to Wear Thin. Realistically though, it’s a pleaser and a pleasure from end to end. It’s left me with happy memories of one of my favourite shows I put on back in the day: Mike Park and The Sundowner.

Without it sounding too weird a thing to say, it sounds kinda, well, er… Scottish? By which I mean to say it reminds me a lot of the Murderburgers – meaning they are keeping a core element of their sound in terms of the relentless down-stroke pop punk. Beyond this, it also oddly reminds me of the more melodic moments of the second and third Idlewild albums (i.e. while they were still good and before they became really terrible). This serves to flesh out the undeniably Ramonesy (is that even a word?) skeleton with an emotive and well considered bit of non-standard indie rock. The whole thing is skinned over with something that’s reminiscent of the more introspective and wistful side of the Lawrence Arms. The two guitars also work and contrast well with each other, giving a solid, textured and meaty sound. 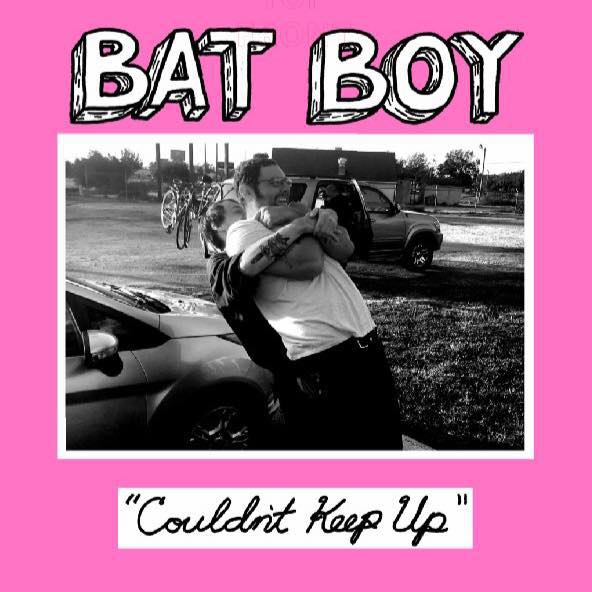 Strongly recommended for anybody that fell in love with / had their heart broken by the dulcet tones of Julianna Hatfield or the Post sisters in the 90s. See also: Heavy Pockets and current UK sweethearts, Doe and Martha. Lightly sugared, darkly brooding, brassy, lovelorn paeans with a solid backbone. What more could anybody want from a soundtrack to their summer misery?

2. Michael Kane & The Morning Afters – Laughing At The Shape I’m In 7in (State Line Records) 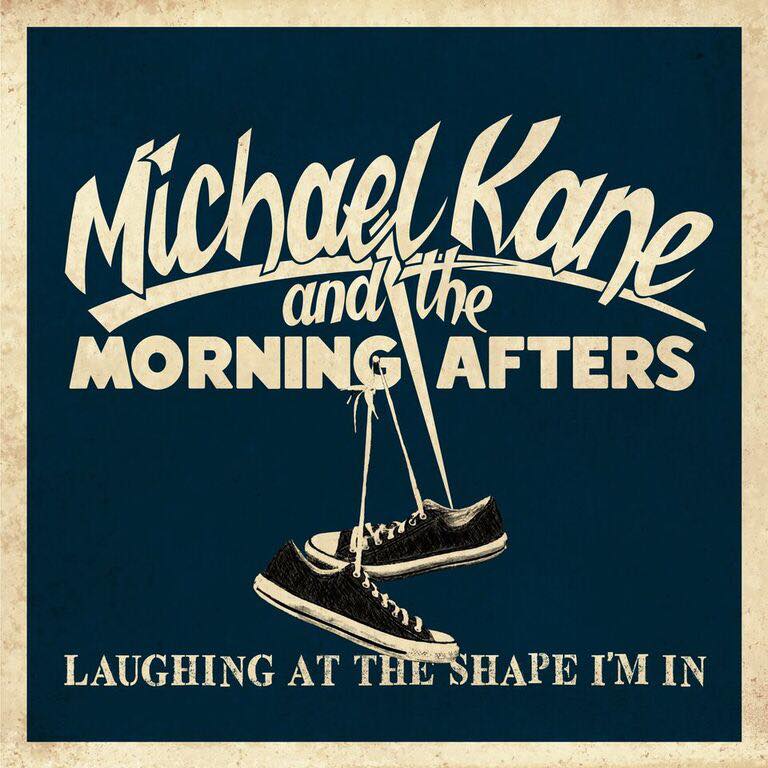 There’s a definite cocky swagger to these four songs. I can see myself going off here in to one of my famous ‘if only’ style comparisons here, and maybe some people reading this will think I should be burned at the stake for trotting this one out, but I’ll push on anyway. Imagine if Social Distortion had only released their three good albums (i.e. 1. Somewhere Between Heaven and Hell; 2. White Light, White Heat, White Trash; 3. Sex, Love & Rock n’ Roll) – just imagine how good that would have been. I realise it’s a fairly preposterous suggestion, but there we go, there’s no taming an ego like that of Mike Ness, is there? Then imagine that the Swingin’ Utters decided that they were gonna call it a day when they peaked early with A Juvenile Product of the Working Class (that this didn’t happen is an endless source of disappointment to me). Imagine, then, if you will, if you put those four records into some sort of bucket. Grab Springsteen’s Born to Run, too, and lob it in because it’s entirely appropriate. Then if you kicked said bucket down the stairs, this is what you’d expect to slop out when it hit the bottom. And it’s fucking great. 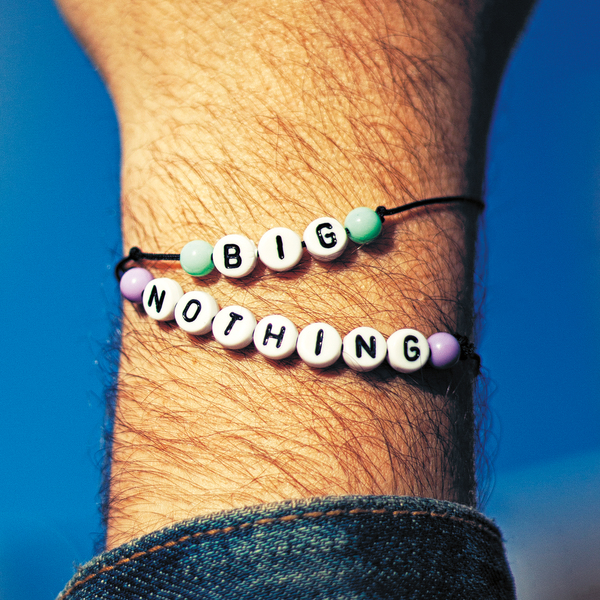 This band features one of the Pats (there are or were two) from Philadelphia’s Spraynard, and the sound here lies somewhere between their most recent album Mable which was one of my top picks from 2015) and the Get Up Kids’ Something to Write Home About. It has an invigorating, uplifting and driving sound to it which belies the undertones of suffering a loss and aching absence that also put me in mind of Winnipeg’s The Weakerthans. What really sets this apart is the elegant composition of the boy/girl vocals. These are reminiscent of Bridge & Tunnel, although not set against a backdrop of angular, twinkly post hardcore that such a comparison would usually bring to mind.

This record really is a superlative debut that punches you right in the feels, and as it turns out I could be arsed to compile a best of 2017 list (last year I didn’t bother; the closest we collectively came was Mike Avery’s beers of 2016 article), and as I predicted at the time, I was fairly certain that this sweet little package would surely feature. Who could’ve known it would be number 1?