First off, mad props The Phosphorous Bombs for writing this total ripper of a record. Secondly, mega apologies to Rodney from The Phosphorous Bombs, who contacted me back in July about reviewing this record. It completely dropped off my radar – because life gets pretty mental when you become a parent for the first time. But, as I mentioned to Rodney at the time, I’d heard an amount of positive things being said about them around that time.

The P-Bombs are coming at ya right out of Sydney, Australia. From what I can gather, this is their first full length album, and follows a couple of EPs (Barricade and Chain of Command). The EPs are both up for download on a name your price basis from their bandcamp page https://thephosphorusbombs.bandcamp.com/ and the money from all sales of Chain of Command are going to a charity called STARTTS (The New South Wales Service for the Treatment and Rehabilitation of Torture and Trauma Survivors). Clearly these guys have a good attitude about THINGS THAT MATTER.

If ever there was a tag line to inspire hope in this sad old man, it has to be this:

The Phosphorus Bombs play blistering punk rock that harkens back to those halcyon days when Survival of the Fattest was the only soundtrack you ever needed/could afford. 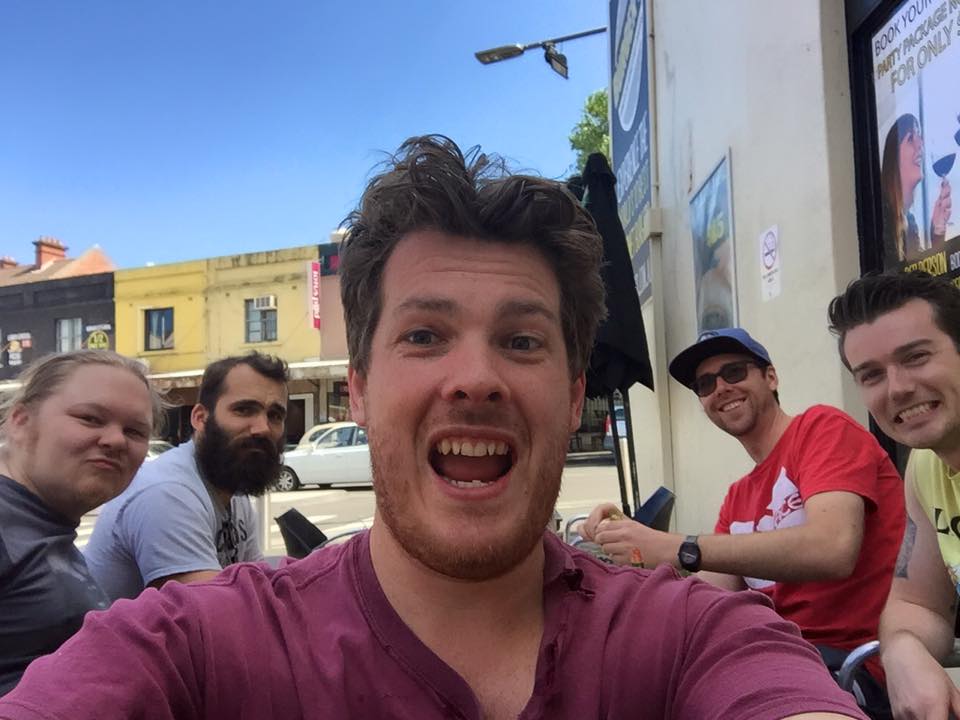 I’ve listened to a lot of skate punk or melodic hardcore or whatever the fuck you want to call it in my time on this Earth. It blows my mind that people are still able to do something exciting with the genre (or sub genre, whatever). I think it was probably around late 2001 when it seemed like the Epi-Fat trend was literally dead in the water. Bands were either dying out from a lack of enthusiasm, or releasing total turkeys of albums (as NOFX notably said back in times of yore, “the desperation’s gone; the song’s the same”). Seemingly, SoCal fast punk was just not happening anymore. The mid-West emo revival was becoming the genre du jour (pardon my bastardised French). There’s been a couple of short-lived flashes of reinvention since, but really, two classic albums (neither of which came outta southern California, oddly – Propagandhi’s Today’s Empires, Tomorrow’s Ashes and Rise Against’s The Unravelling) rang the death knell for what was arguably the most popular iteration of the punk rock dream since the late 70s in the UK and the early 80s in the US.

Notably, there have been a couple of minor explosions of ‘fast’ genius since those days. Possibly the most notable of which emerged on the East Coast of the US in Philadelphia and New Jersey. Yep – I’m talking the – to this day – unequalled and unrivalled Kid Dynamite, who arose phoenix-like from the ashes of the venerable Lifetime just a couple of years prior to the SoCal scene dying on its arse. In turn, Kid Dynamite of course spawned both None More Black and Paint It Black, who respectively proceeded to remap what was possible with the genre and take it back toward it’s more 80s hardcore roots. To an extent I suppose you can also lump in that whole Richmond, VA scene in here which produced the mighty Avail in the 90s, but that’s a whole different kettle of fish. That scene did also produce Strike Anywhere, but face it, nowt they did after Change is a Sound held much water. Good live, though…

Anyway, I’ve waffled on long enough now in a no doubt semi-accurate way AND pissed off loads of you into the bargain. Therefore, it’s only right that I actually talk about this record instead of blabbering on and on as if people think my opinion is relevant or that I have any authority to discuss anything. Face it, you love a good sidetrack though if you’ve read this far…

The P-Bombs play HARD and FAST, brah. They keep stuff concise. There’s none of that bogus stop-start overly technical nonsense that was popularised by bands like A Wilhelm Scream in the mid-2000s – I mean, I’m really pleased that they have the technical ability to do so, but does anybody really need to hear it? Nah, mate. Fuck that noise.

As a musical unit, this lot are hard to find fault with. It’s tightly meshed and precise, with smooth transitions and ‘fill’ parts that only serve to foreground the high standard of musicianship. The tone here has a somewhat ‘metallicised’ flavour that puts me in mind of Riches to Rags by RKL and NOFX’s White Trash, Two Heebs & a Bean – two genre toppers that are slick and brash in equal measure. There was also a part in We Remain that put me in mind of Megadeth’s magnum opus, Rust in Peace.

There’s clearly a whole bunch of love for a huge swathe of the Fat Wreck back catalogue here. There’s nods to Good Riddance at their best (see Ballads From the Revolution and Operation Phoenix for reference), not to mention Strung Out when they used to be good. I stopped paying serious attention to them after Twisted by Design came out as they started producing utter guff. I’ve seen evidence online that one of them still makes the fashion mistake of dyeing his facial beard purple to match his hair.

Vocally, I’m put in mind of an Australian version of Jason Sears from RKL. There’s also an element of the aggressive vocal delivery of Eric Ozenne from The Nerve Agents. It sits really comfortably with the music and is totally intelligible. Solid.

People from outside Australia (such as myself) tend to not know much about Australian music beyond the obvious stuff like Nick Cave (and The Birthday Party), Rose Tattoo, INXS and AC/DC. Shout out to the late 1980s when people from Neighbours and Home and Away mainly failed to have musical careers. Not to mention the weird semi-cameo appearances by Frente! and fictional ‘experimental feedback’ band The Honey Pigs in the early 90s. Genius. Obviously, everybody knows about Frenzal Rhomb, but beyond a few great songs they were so average and unworthy of note that realistically they are (were?) pretty terrible. However, with decent bands like the P-Bombs, The Smith Street Band and The Bennies doing the rounds could the new hotbed of awesome be Australia? I can’t rule it out.

If you long for the days when punk was served up fast and aggressive, with a skateboard and a beerbong, mid – late1990s style then, rejoice. This is more than a mere nostalgia trip. This is as real as it gets. To the extent that they recorded this hog at the Blasting Rooms with Jason Livermore. For serious, mate. Even though this record is self-released. And you can get a download of it for $5 Australian. That’s a piddling £2.91 in English money. Are these guys fucking nuts? They are virtually giving this away at less than 25 pence a track. And did I mention it was a total ripper? Like, more than once?

Listen below on the bandcamp player, you fool.