After a few abortive attempts to get a hold of Roach for review (technical difficulties, people being on tour etc. etc.), I finally got a hold of it. Sadly, this was no longer going to coincide with an impending release date though. Roach came out just over a week back (roughly), so we are still kind of in the zone where this release is pretty fresh.

From what I can gather this opus has been pretty well received thus far. I’m happy to confirm it’s also been pretty well received right here too. Maybe some of you have read reviews of this already. If you have, you’ll no doubt have seen this being likened to Kerplunk! era Green Day and Nirvana. Which has a more than superficial grounding in reality. I guess when people are trotting out the ‘Kerplunkisms’, they are probably trying to come across like they are all OG. Well, fuck that noise. If I was 14 when that record came out in 1991, you were probably a sperm at best. Besides, this sounds more like Dookie to me – it sounds like a band that seem well settled and very confident in their sound. Kerplunk! was a cool record and everything, but realistically, it was pretty shaky, mate. 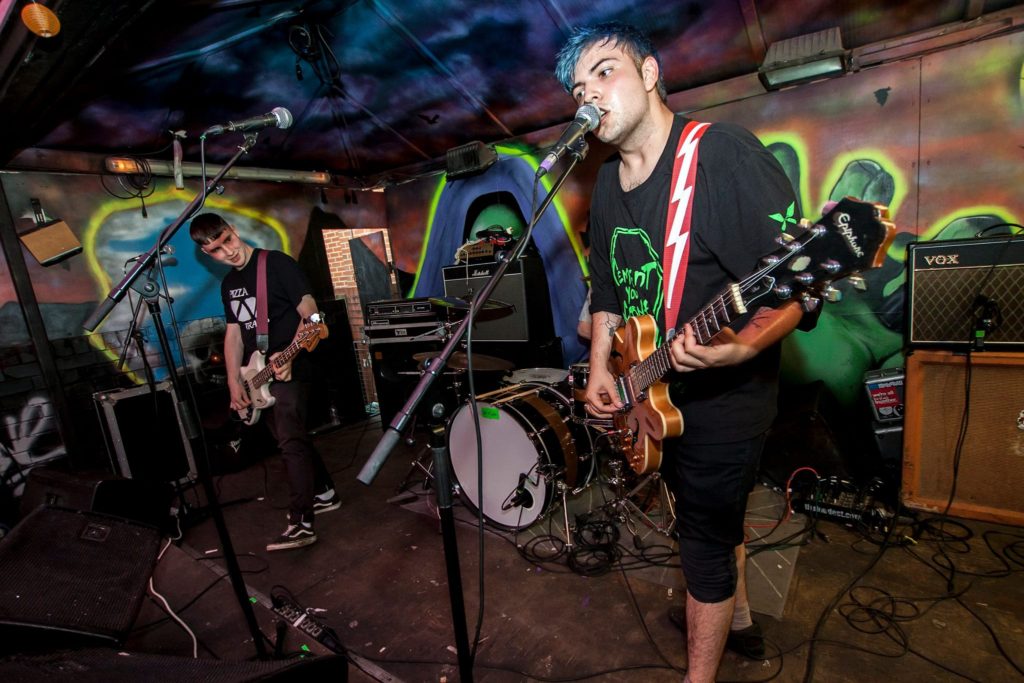 To just dole out terms like ‘Green Day’, ‘Nirvana’ and ‘three chord punk’ is fairly lazy, though, so we ought to be delving a bit deeper. Besides which, whoever decided it was a good idea to let Green Day to continue releasing albums beyond 1997 needs stuffing into a weighted sack and luzzing into the nearest canal. Anyway, yeah, we said we were going a little bit deeper, did we not? Which is a statement dripping with false promise (if ever there was one), by the way.

There’s a whole host of people that owe a great deal to those two aforementioned bands in terms of opening up a whole new shitty three chord world of music for them. To an extent, I fall into that bracket, although I was being exposed to other stuff too, around the point that Nevermind dropped in late 1991, and by the time Dookie dropped in 1994, I’d already flitted in and out. Now, with Nirvana as a case in point, Kurt Cobain was obsessed with 80’s hardcore bands, and Dave Grohl played in one (Scream) before joining them… and Pat Smear (although he joined pretty late on) was in The Germs, mate. So, y’know, the history is already there innit?

So building on those foundations, we can add in some more contemporary sounds to the mix. For a start, I can’t overlook certain similarities with Minneapolis’ Off With Their Heads (one of my favourite shitty three chord punk bands of more recent years). There’s also something here that’s akin to the first album (Blueprint for a Better Time) from Pontefract’s Above Them (particularly on the opening chords and lines of Habits and Problems) adding in a light post hardcore element to the periphery of this heady brew. They also sound undeniably British – the stock pot being topped out with a bit of Snuff / Guns n’ Wankers / early Vanilla Pod. Nice one. 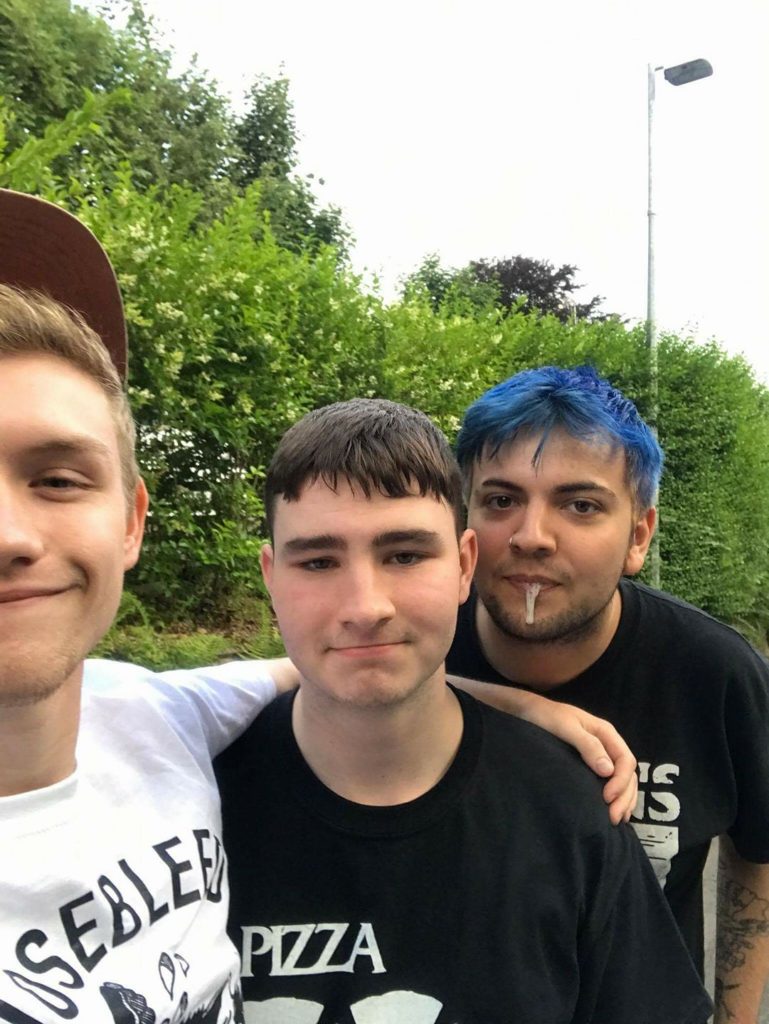 To be honest, it doesn’t matter that this ain’t anything new. There’s something unavoidably charming about this record. The vigour of youth. That totally relatable communication of existential angst in an undeniably bleak socio-economic climate. These young Manchester lads have made a really fresh feeling album. It makes me feel as old as fuck, but I still want to raise my fist and scream and shout along (which at 40 years old is a whole new level of tragic – especially given the youth of these three guys). It’s the kind of shit that although it bemoans the tragedy and misery of the daily grind, in a society where mental health problems are rife, it makes you feel a bit like anything is possible. Catchy and pretty hard hitting. Love it, mate.

Top tracks for me are probably the album closer, Patricroft, along with Worst Case Ontario, and Alone Forever. Even what I suppose must be the token ska-influenced tracks (Headspace and Conservative Thinking) didn’t piss me off that much. So yeah. This whole thing sits somewhere in between Green Day, Nirvana, Black Flag (Keith Morris era) / OFF!, and Off With Their Heads. Approximately. Kinda.

Listen for yourselves on the bandcamp player below.

You can hook this up from Alex Wonk here