These guys are from Greater Manchester and play what I suppose could best be described as melodic hardcore / skate punk largely influenced by the 1990s Fat Wreck Chords roster. The instrumental and imaginatively titled ‘Intro’ to this 7 track EP immediately put me in mind of bands like Lagwagon and No Use For a Name.

Regrettably, this is immediately followed by what I assume is the token ska song for this release, Just A Word. For me, this is the low point of the recording. In 2017, I cannot believe that people still feel that they are obligated to include a ska song on a release just for the sake of it. It sticks out like a sore thumb, here. It’s a little bit slip-shod, and just unnecessary. In principle, there is nowt wrong with ska punk, but bands of yesteryear, such as Slapstick, Link 80 and of course, Manchester’s own Propagumbhis used to do it well. This sounds like a low quality Mad Caddies demo. 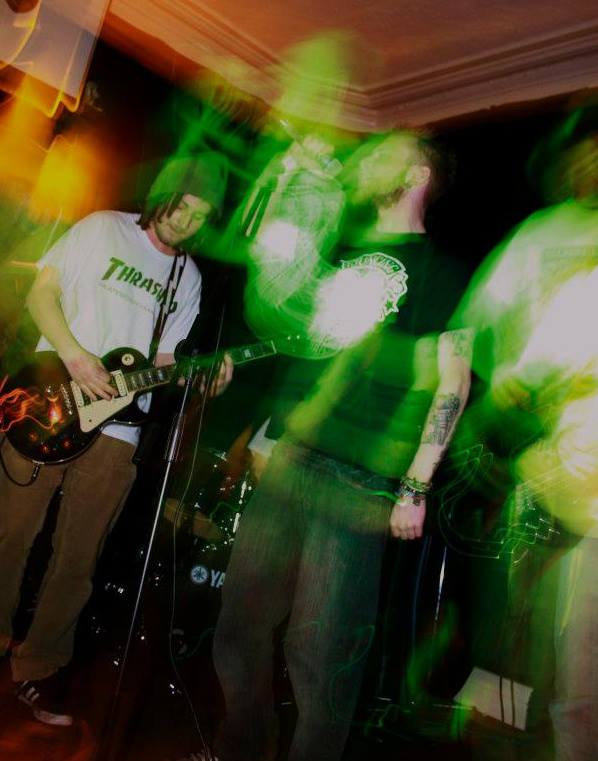 But, fear not. Things improve as the record progresses, and we get hints of vintage Good Riddance and a dash of Alkaline Trio. On fifth track, Once More with Feeling, things get a bit more interesting, with elements of Guns n’ Wankers and Consumed added into the mix. I admittedly, it is a little sloppy but I kinda like it. The bassline oddly reminds me of Would? By Alice in Chains (jeez – that one came out in June 1992, when I was 14).

I think the best moment is the closing track, Something Sweet & Sickly. The standard of writing and playing on this track by far stands out as the best on the release, and I think captures the sound of Clayface at their best: somewhere between H2O and Guns n’ Wankers. Which shouldn’t really work, but somehow it does.

I think that this shows a fair amount of promise, and on their next release, I’d dearly love for them to drop the ska, tighten things up a bit and focus on rounding out the sound that suits them.

You can listen to the whole thing below: