Mark at State Line gave me a sneak preview of this one a few months back, and I’ve been pretty hungry to get hold of it since that point. Obviously, I have now got my grubby little mitts on it, otherwise I wouldn’t be sat here, gaining weight and typing these silly little sentences. So, yeah, you’ve never heard of these guys. Well, I shall explain all. You might be forgiven for thinking this was some kind of bizarre vanity project by Michael Caine the celebrated British actor…

…but as absurd and, doubtless awesome as this would be, it ain’t the case. The internet is, admittedly quite scant on background info on this crew, beyond them hailing from Worcester, Massachusetts, and some of them being in bands I’ve never heard of.

So can I tell you anything of any use? Why, yes, yes I can. This is as invigorating a slice of punk n’roll as I’ve heard recently. The gravelly, half-drawled vocal line almost resembles that of Ben Nicholls of Lucero (obviously the accent is way different). If you could imagine Dicky Barrett with street cred – which I realise is a bit of a stretch for many readers, especially those of you that attended the Deconstruction Tour in 2000 when it hit Manchester Apollo, and local character (and old pal of mine), Wez, punched Dicky in the bollocks in front of everyone… – well, he might sound like Michael Kane.

So I was talking punk n’roll before dropping that clanger from the archives. There’s a definite cocky swagger to these four songs. I can see myself going off here in to one of my famous ‘if only’ style comparisons here, and maybe some people reading this will think I should be burned at the stake for trotting this one out, but I’ll push on anyway. Imagine if Social Distortion had only released their three good albums (i.e. 1. Somewhere Between Heaven and Hell; 2. White Light, White Heat, White Trash; 3. Sex, Love & Rock n’ Roll) – just imagine how good that would have been. I realise it’s a fairly preposterous suggestion, but there we go, there’s no taming an ego like that of Mike Ness, is there? Then imagine that the Swingin’ Utters decided that they were gonna call it a day when they peaked early with A Juvenile Product of the Working Class (that this didn’t happen is an endless source of disappointment to me). Imagine, then, if you will, if you put those four records into some sort of bucket. Grab Springsteen’s Born to Run, too, and lob it in because it’s entirely appropriate. Then if you kicked said bucket down the stairs, this is what you’d expect to slop out when it hit the bottom. And it’s fucking great. 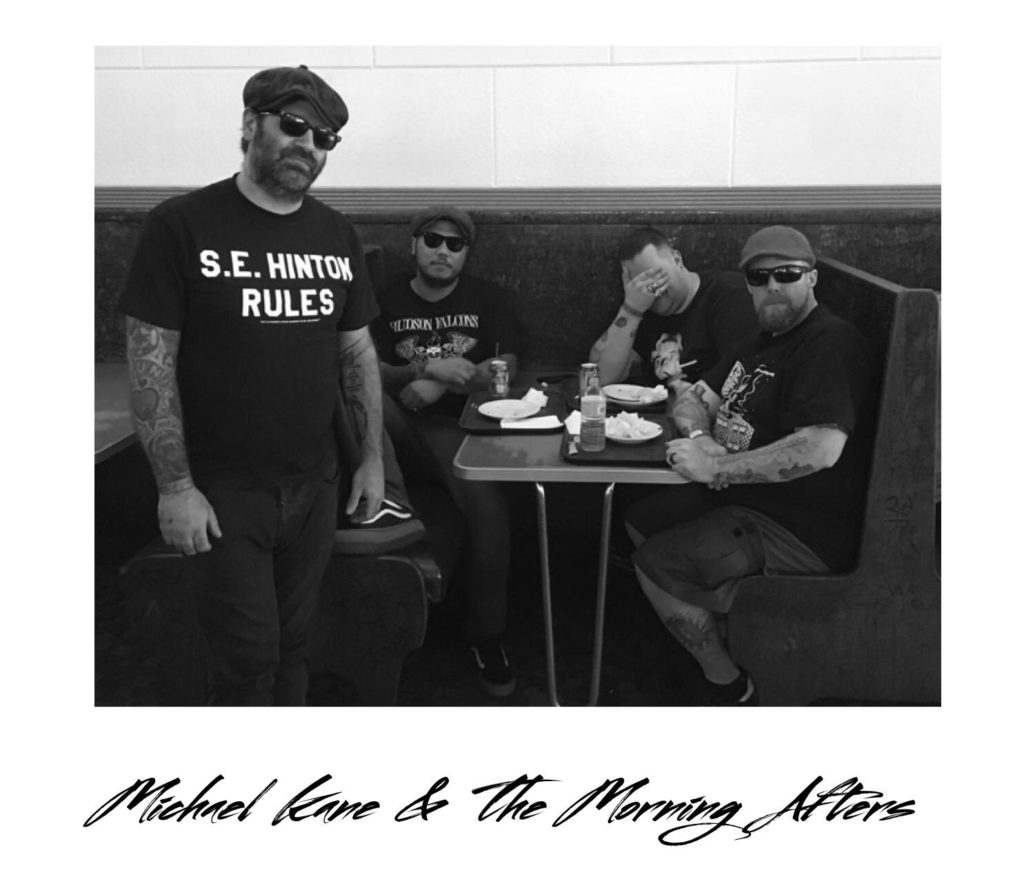 I’m very eager to hear more from this band, say, in the form of a full length. Based off these four tracks, I don’t doubt they’ve the capability to produce an opus of surpassing quality. As it stands, this is probably my favourite EP of 2017 thus far. A standard has been set, here, friends. My favourite cut here is probably Ballad of a Loaded Gun. This doesn’t drop until the 27th October, but in the meantime you can the songs from this hog on the player below: