It was kind of hard to go in to this without preconceptions. I’ve got a strong opinion on this band that not everyone agrees with. More specifically, it’s my opinion that there are only three records of theirs worth listening to: Daily Grind; iLeche Con Carne!; and Making Friends. Everything before and since was of considerably lower quality, and if I was you, I wouldn’t waste my time putting any of the other records on. Still, our man Tony Sly did write some fantastic songs in his day, and nobody can take that away from him (R.I.P, Tony).

I’ve got no time or patience for these ‘ironic’ cover versions – which, face it, aren’t ironic even in the incorrect interpretation of the word ‘ironic’ as put forward by goat-faced harridan Alanis Morrissette. Fuck that wacky nonsense. Now, some of you will no doubt recall that I used to play this kind of trite cover version nonsense when I was DJing the punk room at Jilly’s Rockworld. But sometimes motherfuckers gotta keep the drunkards happy. In principle, I’ve got nothing against certain swathes of the Me First & The Gimme Gimmes back catalogue (some of it I fucking loathe, though), but fuck me, the people that like that band are the dregs of society. Dickheads in them bowling shirts with fire on the bottom and them stupid ska hats; juggalos; people that describe their music taste as “Pantera plus Reel Big Fish”; general imbeciles with no brains, yo. I want to bore holes in their stupid fucking skulls with a hammer drill. Fucking morons. 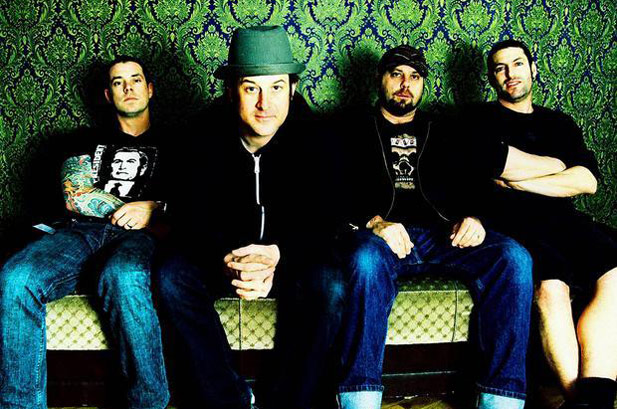 So taking all of this into due consideration, you may wonder what was in store for me here… Plunging straight in we’ve got a cover of Turning Japanese by The Vapors. I may have mentioned in passing before that my brother in law has an unreasoning hatred of songs that imitate the noise made by trains (Megadeth’s Train of Consequences for one example). Well, I certainly seem to have beef with songs that feature weird stereotypical interpretations of what music from the wider Eastern region of the world sounds like (see also Everybody Was Kung-Fu Fighting or whatever that particularly rage-inducing, loathsome ball of shit is called). I fucking hate that shit, it’s racist and offensive, and this drivel does nothing to disabuse me of this notion.

This is swiftly followed by The Misfits’ Hybrid Moments, which I kinda had high hopes for. It’s not the worst thing I’ve ever heard, but it’s certainly not righteous. Hell no, says I. All I can say in favour of this cut is that it’s a version of the song that doesn’t sound like it was recorded in a tin shack at the bottom of a mine. It’s a bit too melty, though.

Thankfully, I find that I am granted some (at least temporary) respite courtesy of No Use’s version of I’ve Heard by Dag Nasty (from the seminal Can I Say record). This version rips. It sounds heavy, beefy, and it’s fast as fuck. Them drums, mate. The vocals are delivered in a total bellowing at the front row style. Fuck yes. Sign me up. This is followed in short order by D.I.’s Selwyn’s Got A Problem. Admittedly, I’m not mad familiar with the works of D.I. This is alright though. Kind of Adolescents-ish – unsurprising as they shared members with the Adolescents. I’ll file them away in my mental filing cabinet of “stuff to get around to listening to one day”. 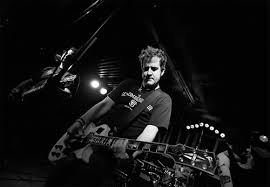 I’m surprised to find another killer cut in the form of Depeche Mode’s Enjoy the Silence. This is also rattled out a fair clip. Concise, riffy, without the proto-turbo-goth navel gazing nonsense you might find yourself annoyed by in the original version. If you are dead behind the eyes and have a one-dimensional view of music. Like I do.

Alas, my enjoyment was to be short-lived, it would seem. Next up is Badfish by a popular target of my ire over the years: Sublime. I fucking detested (and still detest) those pot-smoking twats. Another band enjoyed by the dregs of the human gene pool: trustafarians, white guys with dreadlocks and general fans of that non-genre of reggae-inspired wigga music that I also associate with Red Hot Chili Peppers, Crazy Town and 311. Honestly, just fuck off. Your consumption of precious oxygen offends me. My hatred burns hot. And when that horrible ska part came on at the end of the song, I nearly smashed the computer screen. In fact I probably might’ve done if I wasn’t trying to stop myself from vomming into my hands at the laughably shitty lyrics.

Next up, I’m having my ears abused by a version of Dream Police by Cheap Trick. I didn’t hate it, but I’d count myself a relatively successful human being if I never heard it ever again. And then we have something of a bizarre inclusion: the version of Pogues classic Fairytale of New York that they did with Cinder Block from Tilt (remember them?). Surprisingly, I actually really like this song, and this version does the original justice. It has an eerie drunkard’s romanticism to it that I just really dig. But why is it a weird inclusion? It appeared on More Betterness, which is still quite widely commercially available. So it’s not a rarity then, is it? Contradicts the point of this collection, then dunnit? I’m also left wondering why then, if this is on here, why isn’t Redemption Song (on which they made a Bob Marley song not unlistenably shit)? Why isn’t Fields of Athenry?

Moving swiftly onwards, then. Making Our Dream Come True by Cyndi Grecco. Not familiar. Could realistically live without it. I’m not even slightly excited. Straight in to 1945 by Social Distortion. This version sounds like the Adolescents covering a Bad Religion song. Not bad, but not revolutionary. I’d rather listen to Bad Religion or the Adolescents to be honest.

So. A show tune. Don’t Cry for me, Argentina from Evita. I fucking hate musicals, me. This, I really don’t see the point in. Me First & The Gimme Gimmes did a better version on Are a Drag. Which I don’t really care for either. Surprised? Thought not. Oddly, it’s listed as a Madonna cover… The original was penned in 1976 for the musical!

This is followed in short order by a medley of the themes from The Munsters and The Adams Family. It’s slip-shod, and entirely pointless, and makes me want to slam my own head in a car door. Speaking of which, I’ll be right back…

The record closes out with a Kiss cover. Yep, everybody’s favourite band with about 27 albums and two or three decent songs – none of which are Beth. Which also features on the end of one of NUFAN’s decent records as one of them secret tracks bands used to put on the end of CDs. Spirit crushingly rubbish.

In conclusion, thanks for suffering through this with me. The majority of this is utterly unforgiveable. Some of it is pointless, but there’s a few worthy covers on here. It just about scrapes a 4/10 on the old Tony of Nurgle thermometer of acceptability. I calculated it on a % basis and everything, but I was still surprised it came out as high as it did (38%). I do feel kind of tight about this, as the money from this release will no doubt go to help support Tony Sly’s family, but it’s not a good release. I can’t help but feel I’ll never listen to this again. Perhaps a more meaningful tribute would’ve been a box-set of all the (or just the good) LPs repressed on 180 gram vinyl with new liner notes?

If you wish to suffer with me, or just skip to the killer tracks, please do so below on the player: