Fuck me. I was not expecting this. This is some bruising old school hardcore with a gnarled, crusty edge. Realistically I should have been passing this one on to our man Nathan Bean, resident expert that he is – but he’s off on some amazing road trip on the west coast of the US. So you’ll have to make do with my shitty attempt at writing this up.

I suppose a bit of background is in order here. This lot are from Montreal and feature members of local scene hot properties that I’ve never heard of such as Remwar, Vile Intent, Sek and Terse. Cell haven’t been around too long, and this is their first demo. Hence the catchy title, no doubt. 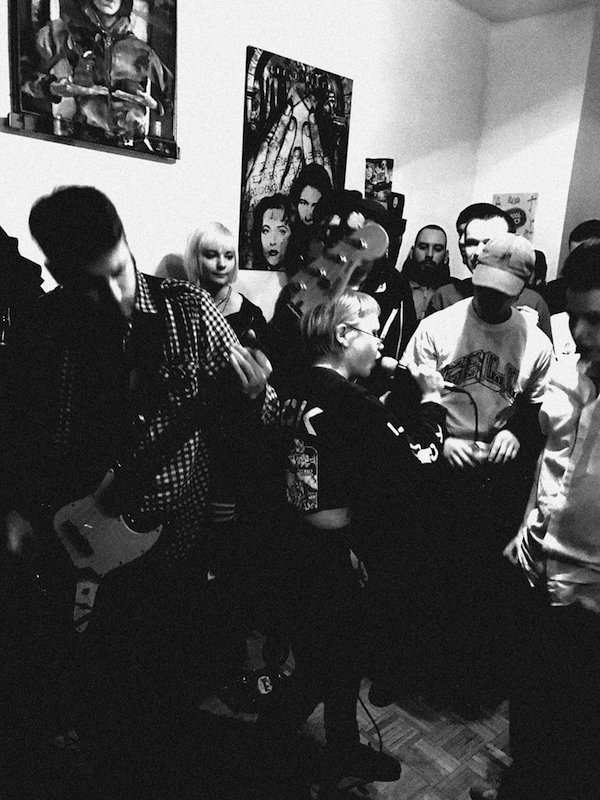 It’s a bit of a token gesture to describe a band as “pissed off hardcore” or “pissed off sounding hardcore” or some variation on that phraseology containing the words “pissed” and “off” and “hardcore”. Just like Marios used to put on every flyer he made when he was putting on the hardcore gigs in Manchester – fond memories, not a piss-take. Not a total piss-take at least. Bless you, Marios Sozos.

Anyway, all this asides, this is as hard as fuck. Imagine if you will, Cursed playing a set of Cro-Mags and Judge covers, but fronted by Exene Cervenka, and you’d maybe have a partial idea of what this sounds like. Or, if you don’t like that idea, imagine (weirdly) Nenneh Cherry fronting the Cro-Mags. Either way, it’s got reverb heavy female vocals, it’s heavier than sin, has limited production values (it’s a demo innit?) and has a seething, throbbing undercurrent of barely contained violence to it. It’s exactly the kind of thing I’d expect the older hardcore guys and gals of my acquaintance to lose their marbles to. I can visualise the cans of branded cola being politely placed on the floor seconds before many a posing melt is ploughed under in the wild abandon of the pit.

Listen below on the Bandcamp Player: