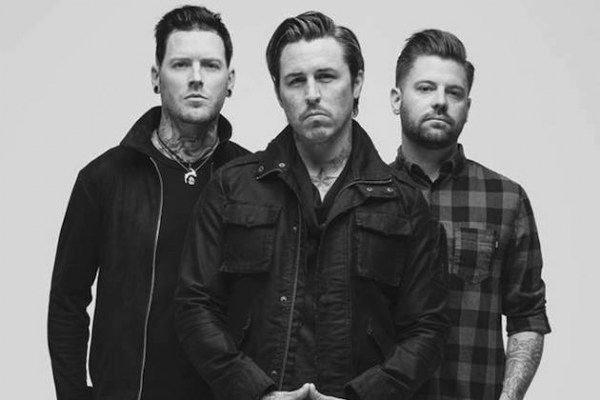 Ahhhhh 18 Visions!! Was there ever a band belched forth from the sewer of 90’s straight edge hardcore that inspired such acidic vitriol or fawning adulation in equal measure? It’s been quite a journey for the California metallic hardcore pretty boys. They began life sounding not unlike a thugged out version of Bloodlet and Disembodied, sludgy heavy hardcore dripping with ‘Fuck You God’ angst and bare knuckle straight edge bravado…..yet somehow they evolved into a piss poor Velvet Revolver covers band?

Post Vizh, vocalist/icon James Hart pursued those rock star ambitions further with mixed success as Burn Halo, and to be fair I didn’t bother to google what the other guys had been up to. Soz. But, 2017 continues to vomit forth surprises in earnest and, eleven years after they sacked it off the first time Eighteen Visions crawl forth from the grave with a new album guaranteed to please (or displease!) everyone all over again.

Opener Crucified deftly illustrates that despite their time spent in Buckcherry flavoured purgatory, guitarist Keith Barney hasn’t forgotten the combination required to unlock the dancefloor and get the pit heaving. Two minutes of fierce metallic hardcore doesn’t quite atone for the sins of a decade, but there was a big old smile on my face when that absurd breakdown dropped, so we’ll bug out and call it even.

Underneath My Gun kept my attention by virtue of its inclusion of a sample featuring the patron saint of coconut chaos Rowdy Roddy Piper, lifted from They Live. To be honest, that’s about as good as it gets until that middle mosher kicks in and you feel like you’ve been beaten with a rounders bat and chucked into a cement mixer to sleep it off. That said, this track feels unnecessarily long in the tooth and short on ideas in general.

Live Again treads a similar path, and to be honest, this is where I started to lose interest and   get anxious about having to do the big shop on a Friday night. Thankfully my thoughts were dragged away from my first world problems and back to the business at hand by that savage e-chord crunch at the end. Notice a formula emerging here?

The Disease, The Decline And Wasted Time is a broiling road trip of a song that starts off with crushing riffs and thunderous drums before side-winding into moodier territory with an arrangement of brooding layered vocals and tense guitars before rising up once again with… 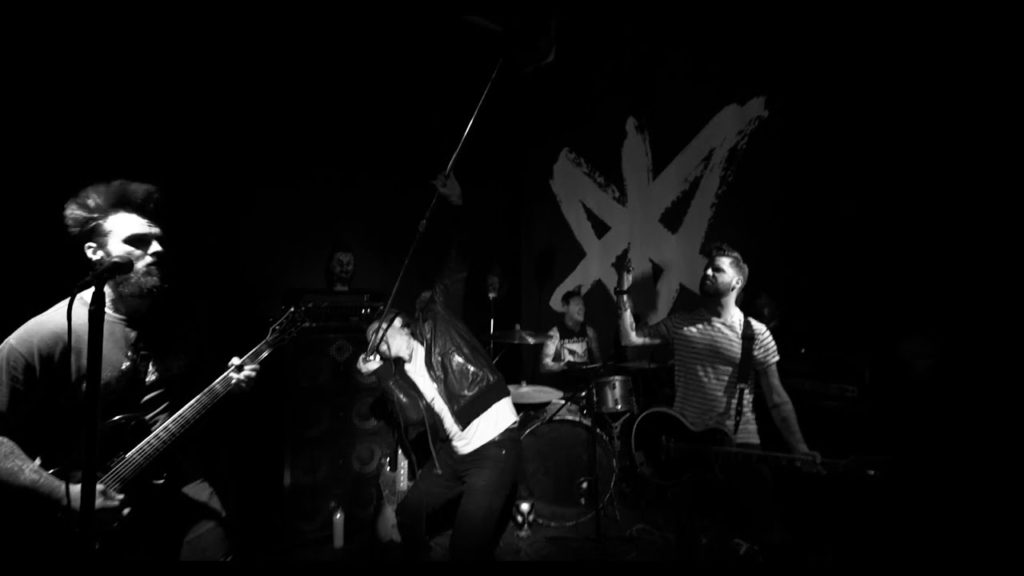 …you guessed it another Godzilla size breakdown emerging at the end. In fairness, that breakdown takes the actual piss and had this been released in 2001 and were I in my mid twenties, well it’s quite likely that I would have instigated unnecessary pit beef because of it. “I’ll see you and your whole crew after if you’re feeling big enough” etc.

James Hart’s vocals are probably the strongest I’ve heard them, successfully hitting the notes on the melodic numbers and in turn proving that age has not softened his visceral bellow one bit. Man is still capable of spewing pure napalm like he did ‘back in’t day’. And it’s that ability to amalgamate the two extremes of bludgeoning weight and snarling melody that distinguishes this record from it’s predecessors. It feels like they’ve finally found the balance with this one.

Eighteen Visions have never stood still or been content just to churn out the same old shit  for fear of derision or ruffling a few feathers. Hardcore often has a propensity to scream for change whilst actually resisting it  like a stubborn two year old who won’t eat their broccoli. Sure, they look like AFI on dress down day at the office, and yeah a few of the lyrics make my flesh want to crawl off my body and into the bin – but credit where it’s due. Eighteen Visions had the stones to return with an album that manages to draw from their own heritage whilst still paving new sonic ground. I imagine there’ll be plenty of pious nimrods who’ll turn their noses up at these ideas, but hey, I guess it’s like the man says ‘If you’re not gonna ride the rocket…get the fuck off’.