My knowledge of European hardcore is limited to the time frame 1994-2005, when I actually  made efforts to maintain an interest in such things. In the intervening years however, that curiosity has diminished to the point where I seldom feel the need look beyond our own shores for quality assured hardcore punk. I have become spoiled and lazy. For shame. So when Tony offered me Italy’s Straight Opposition to review , I welcomed the opportunity to step out of my comfort zone and take a look at whats currently cooking on the continent. 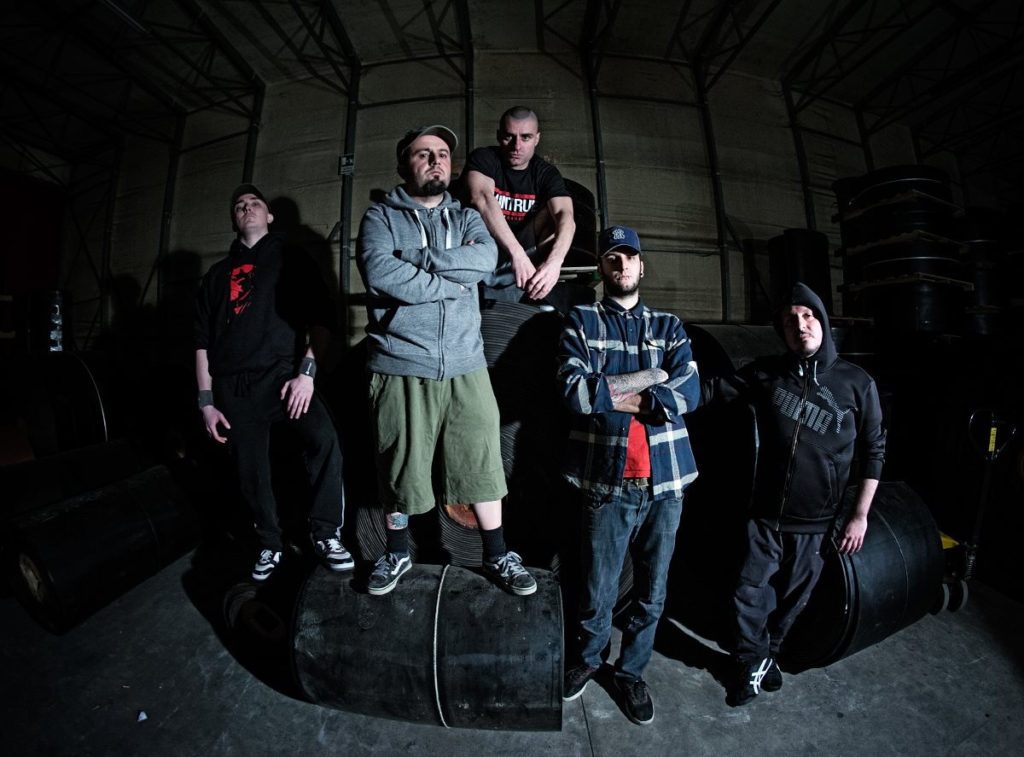 What we have here is 13 songs of the kinda meat and potatoes fundamental hardcore popularized by bands like No Turning Back and Death Threat. The kind of hardcore that appears on Eastpak sponsored package tours and has promo videos.  It’s not dumb enough to be considered tough guy nor wholesome enough to fit alongside the youth crew cliche. Instead Straight Opposition occupy that elementary lyrical middle ground that draws no real lines in the sand preferring to recycle the themes of Loyalty/Staying True/Hardcore Saved My life/Fuck Off Lad that Scott Vogel et al has beaten to death on every Terror record for the last 500 years. And that stuff definitely has it’s place. Straight Opposition are accessible/predictable enough to be immediately engaging, with universally relatable lyrical themes that encourage participation rather than division. Straight Opposition are what shit munching music hacks call a ‘gateway band’. I’ll bet it kicks off for them in their hometown and the balding mosh dads who buy their trainers down TK Maxx and them melts who stagedive with backpacks on have a right old time.

The singers got a great voice though. He’s got that classic broken glass gargle/fifty Lambert & Butler a day rasp that reminds me a lot of Lou Koller from Sick Of It All. He gives it plenty of throat and sounds genuinely brassed off. Not sure what it is that’s got him so wound up though, as there were no lyrics included with the review material. Might want to rectify that for next time lads, these things matter.

Musically the rest of the band are all bang on it. It’s hard as a brick to the grid. There’s plenty of gnarly mosh parts and Warzone’ish sing along bits.  In spite of the obvious NYHC influences that are evident throughout though, I gotta ask what the fuck is up with that wonky riff in the title track? I have never listened to the band Spineshank in my life, but for some reason when that weird nu-metal riff turned up all I could think was ‘I bet this is what fucking Spineshank sounds like’.

There’s hardcore spirit, energy and attitude present in abundance and Straight Opposition clearly believe in what they are doing, but it’s not doing a right lot for me. Ultimately, Straight Opposition succeed in making me think of those old Lost & Found compilations that were doing the rounds in the early 90’s full of bands like Backfire, Crivits and Rykers. Good effort but I’ll stick to rinsing the new Hex songs cheers.