Sheer Mag have apparently ‘crept up from Philadelphia cloaked in bold insignia to channel our social and political moment with grit and groove’ and ‘speak to a modern pain: to a people that too feel their flame on the verge of being extinguished, yet choose to burn a bit brighter in spite of that threat.’ Hmm. That’s some purple prose right there. And having listened to the record, I can’t help but feel whoever wrote the blurb is seriously over-egging the pudding by making such statements.

Mike recently reviewed their unimaginatively titled Collection LP, which collects their work predating this, their debut full length album. This lot of have been getting a load of hype. Really being talked up as revolutionary and refreshing and so forth. I just don’t see it to be honest. In fact, it totally bums me out that a fair few people that I respect have been taken in by this shit. 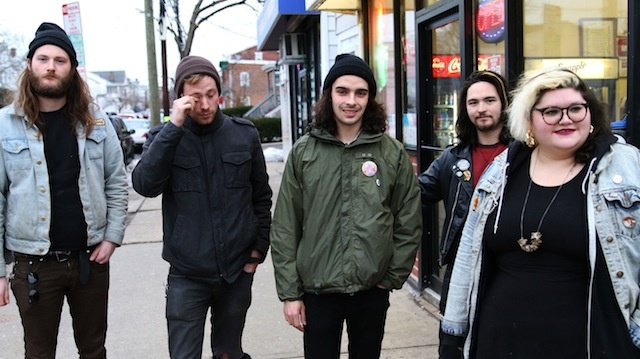 I’ve nothing in general principle against music being retro (see my review of White Reaper’s new one, The World’s Best American Band – which is really fun) – it’s just that this feels egregiously thin, rather safe and entirely lackluster. Overall, it’s pretty uninspiring and weak. It’s really hipster in that awful, insipid way that will really appeal to people that look like they’ve gotten dressed in the dark. These types that enjoy thinking stuff is ‘well ironic’ without having any real grasp on what irony means either as a concept or by definition, or indeed how it can actually be correctly applied to a thing, a situation or a piece of music. Basically all people ever that have an ‘ironic’ Victorian moustache tattooed on the inside of their index finger for the purpose of holding it under their noses are going to totally buzz off this. In which case, Sheer Mag seem to have captured their demographic really well.

Realistically speaking though, as far as classic rock inspired throwback stuff goes, this falls way too far short of the mark to be considered anything other than an act of cultural larceny. It’s fucking bullshit. 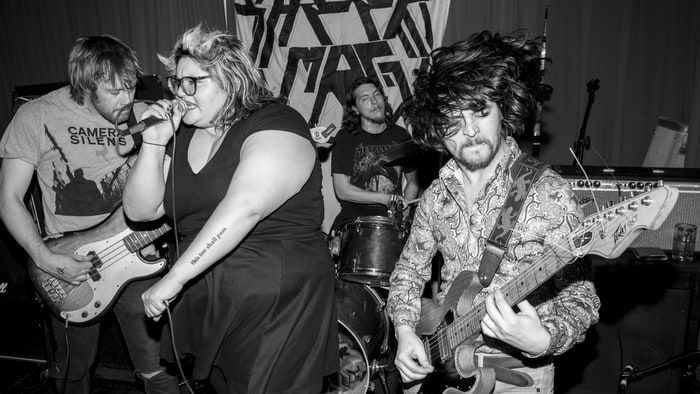 I’m struggling to find anything positive to say about this, I’m afraid. It sounds like the drummer plays with love taps. A drum kit is there to be battered. If a drummer is not smashing the living fuck out of his or her kit in a rock band of any stripe, they are an impostor at best or a con artist. The guitars are probably what I dislike the least about this, but even so, they sound like they lack anything approximating a massive, sagging hairy old pair of balls. 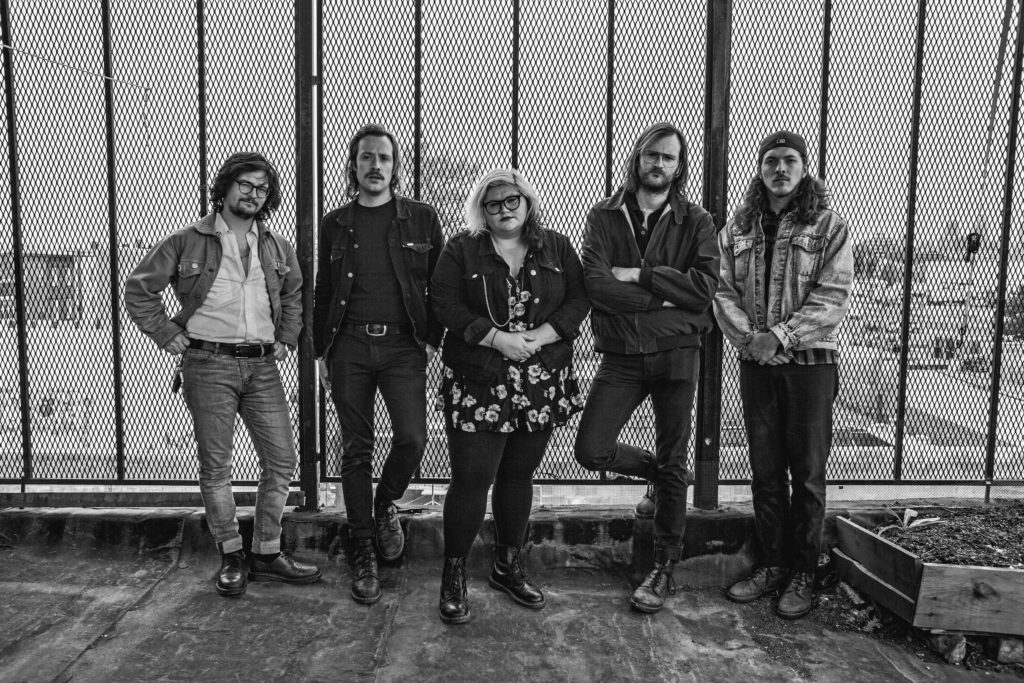 The female vocal is shrill and grating. The easy journalistic comparison with Sheer Mag’s Tina would be with Beth Ditto from The Gossip. No, not because they are both larger ladies – which is purely coincidence and would be a lazy and crass comparison before anybody starts getting out of bed about it– but because (what to my ears) of a similar vocal range between the two. Beth Ditto has a much stronger voice than Tina. It feels much less forced, and has an amount of sass that is sadly absent here, and might have garnered Sheer Mag a modicum of praise.

In conclusion, this feels utterly uninspired and lacking in both character and panache. This is total garbage – throw away stuff – and an utter waste of my time. It reminds me of how dog shit used to turn white in the 1980s as it dried out. Seek better versions of this elsewhere. Such as classic Leeds band Sex Maniacs, the aforementioned White Reaper, and Gentleman’s Pistols.

Tony of Nurgle verdict: I’d rather drink bin juice than be subjected to this shit ever again. 0/10

Don’t take my word for it. You can stream this piece of shit at NPR below: