Tio Rico are a 3 piece from Manchester (ex Big Ed & The Stink / Glue Ear / Echo Freddy) and Business & Pleasure is their second EP. The EP was recorded in two days by Stay Clean Jolene’s Will Farley, who has either been a member of or has worked with many of the better bands from the north of England, plus the mighty Duncan Redmonds of Snuff fame.

Tio Rico self describe as ‘punk / ska / grunge’. Thankfully, the ska element is not overtly foregrounded. As far as the grunge element goes, I’m not really picking up on that either. To me, this falls somewhere within the pop punk bracket – not that there is anything wrong with that, mind. There’s been some fine acts over the years (and some pretty terrible ones) that fall into this sub genre.

You’d be quite right to wonder what exactly Tio Rico sound like, given that ‘pop punk’ is a really wide field these days. This pretty much reminds me of early Ataris, No Use For A Name (before they went totally weak), and Lagwagon (circa Hoss and Let’s Talk About Feelings). Is this type of thing dated? I dunno. A lot of people would say so, but I still listen to Lagwagon and certain other Epi-Fat bands of note on a semi-regular basis. Admittedly it’s probably not mega on-trend to sound like this in the current punk scene, but realistically that’s probably a key strength of Tio Rico, and something that makes them a bit different from the other bands doing the rounds at the moment (who mainly seem to be mixing shit up with indie rock or chasing the ghost of the glory days of gruff punk). 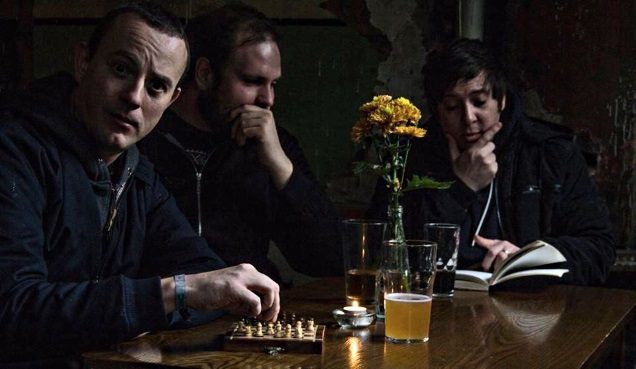 The only real criticism I have to make are that I feel like the songs would pack a much heftier punch played faster. One other thing. Realistically, I’m being an embittered and joyless hollowed out shell of a human being here, but T-Rex Charlie (the 5th track of 6) feels egregiously out of place. I understand that it’s a ‘fun’ track, but I’m not really a ‘fun’ person. And yet, I kind of enjoyed it the first time around… but on repeat listens, I found it pretty annoying. I feel like this might’ve been appropriate as a hidden track at the end of the CD. The tone just sits at odds with the rest of the songs. However, having said this, I think if the song had been about something proper (like the other ones), the raw bones of a decent song with a more street punk kinda vibe are right there waiting to be fleshed out.

Overall, I think this EP is pretty good. Personally, I’d probably switch around the order of the first and second tracks, as Article Seven, feels a bit more like an intro track, due to the steady build-up. The drummer, Matt (who I remember from the Echo Freddy days – I used to play a track off their demo in Rock World occasionally) is a talented guy, and the drumming is probably the stand-out thing about this release. I tend these days to really pay attention to the drumming. A band can (in my opinion) only be as good as their rhythm section. Vocally, I’m for some reason reminded a bit of Russ Rankin from Good Riddance. These guys seem like a relatively tight-knit unit that I think show some real promise. As I hinted at before, I’d really like these guys to play harder and faster on their next release, but as it stands this is not too shabby at all.

You can listen to the whole thing on bandcamp or below:

This is out on 7th July. You can pre-order this EP on CD from Horn & Hoof here