I can remember with absolute clarity Terror’s first demo being shoved into my hands 15 years ago outside another poxy all-dayer in London. ‘It’s Scott from Buried Alive with Todd Jones from Carry On’ was how Troy pitched it to me and needless to say I bit his hand off to have a listen. And I played that thing to death. It was fast and hard and sounded absolutely furious. The cool breeze this young Jedi needed to revive him after the 90’s metallic hardcore grind.

Here we are, well over a decade later and whilst the world has moved on, Scott Vogel and friends are still wandering the earth like Nike clad pilgrims spreading the hardcore gospel to new generations. Much like Biohazard or Sick Of It All before them, Terror have become something a gateway band for many. Their touring schedule is relentless and it’s fair to say that mainstays Vogel and Nick Jett have both poured a lot of blood and sweat into the road to keep on doing something they believe in. I’ll be honest, Terror haven’t done a great deal for me sinceKeepers Of The Faith (which is still my go to treadmill soundtrack.) 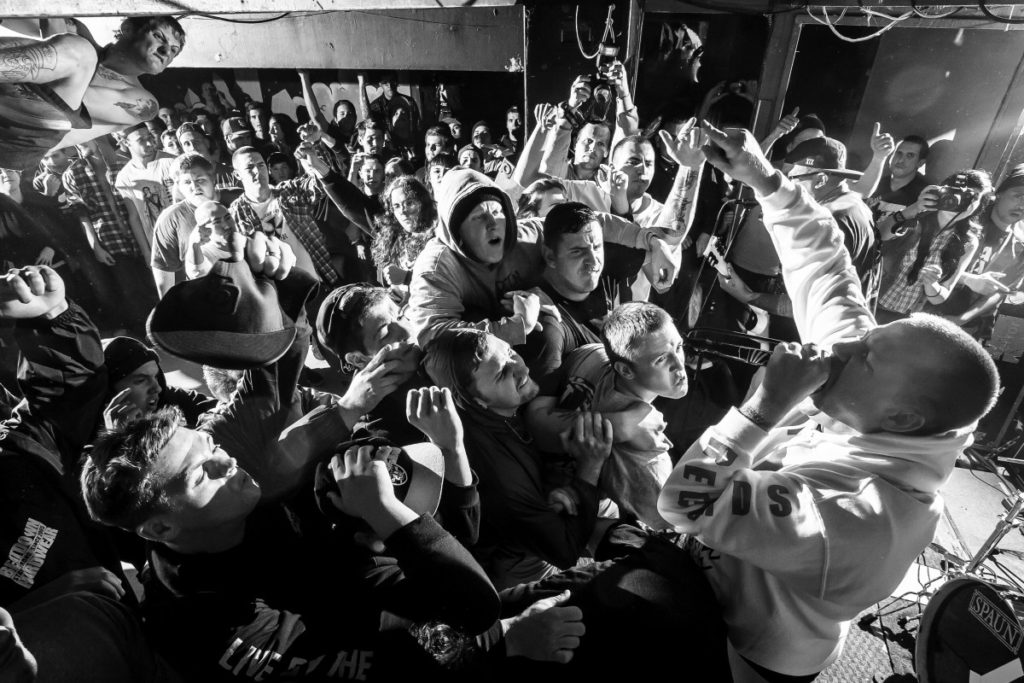 So, with all that said, here we have four new songs and a cover of Madball’s Step To You. Walls Will Fall feels a lot more immediate than it’s predecessor, Live By The Code, it’s got more attack. Scott’s vocals seem to have taken on a higher pitch, a more scathing quality that suits the slightly more metallic feel of this EP. Previous work has always been consistent, much like their spiritual godfathers Sick Of It All and Madball, you know what you are getting before you even put it on. Walls Will Fall has an increased feeling of urgency, its got some tasty metal riffs in there that remind less of Hatebreed and more of Suicidal’s or Take Offense. Lyrically Vogel doesn’t break any new ground on this one, reiterating the intrinsic values of hardcore like the sermon on the mount. Integrity, sincerity, don’t sell out, don’t be a tit etc. I definitely enjoy Terror a lot more in the concentrated dose of an EP. It’s like a caffeine jolt to your system, whereas an LP just grates after a while.

Ultimately it does what it’s supposed to do and that’s reinforce your faith in hardcore and make you feel like you immediately want to beat the piss out of anyone within reach. I’ll definitely be adding these songs to my gym playlist and I imagine I’ll get hench in no time.