To say this record was originally recorded in 1998, well you really can’t tell. This is one of Mike DBR’s favourite releases of all time, and he’s finally had the chance to repress and reissue it on his own label, direct from the original masters. Both Miami (ex-Hickey, Chickenhead) and Shotwell (ex-Strawman) are/were from San Francisco, and as I understand it have something of a storied past in the DIY scene out there. Microcosm said this: “Tuneful, passionate, and intense song writing from an era that really rekindled spirits and created a whole new set of great bands.”

As a point of interest that I found after what amounted to a largely fruitless dig around on the internet, I unearthed a bit of a ‘factoid’ about the artwork for this split (which has incidentally, been painstakingly re-touched): The cover is a mosaic of collected (over a period of time by somebody called Ivy) meth, weed and heroin baggies off the streets and sidewalks of The Mission (I think an area in SF) until the ideal collection of weird and inexplicable designs had been gathered to form the cover of the record.

The Miami side of this split (originally trips right out of the blocks and totally slays. The rough and ready production fits this like some kind of awesome glove. There’s absolutely no holds barred here. This is kind of drunk punx ala Off With Their Heads, Dillinger Four etc. meets 24 Hour Revenge Therapy era Jawbreaker, via Billy Reese Peters. It somehow manages to be heartfelt and irreverent at the same time. It’s scrappy, gruff, ballsy, angsty and aching. All music should basically sound like this.

Thankfully, the smarts don’t cancel out the hearts (or vice versa) here. The guitar tone provides an appropriate amount of beef, tempered with just the right proportion of fuzz. Underlying this, the bass is kinda taken for if not a walk, then a light stroll, almost like the guy from Hot Water Music used to do – i.e. without the guitars and bass trying to ape each other. The drum sound is salty and sharp in equal amounts.

Shotwell’s side also doesn’t disappoint, either. Vocally, it’s a little more what my mum would probably call ‘tuneful’. Whatever, it suits what’s going on here. Which variously reminds me of the first North Lincoln LP, The Broadways, Arms Aloft and Screeching Weasel (without the woman punching and general crassness). There’s also something about this that really reminds of someone else, and irritatingly, I just cannot quite put my finger on it. No doubt I’ll sit bolt upright in bed in three nights time and scream out the name, in the process terrifying my wife into early labour. 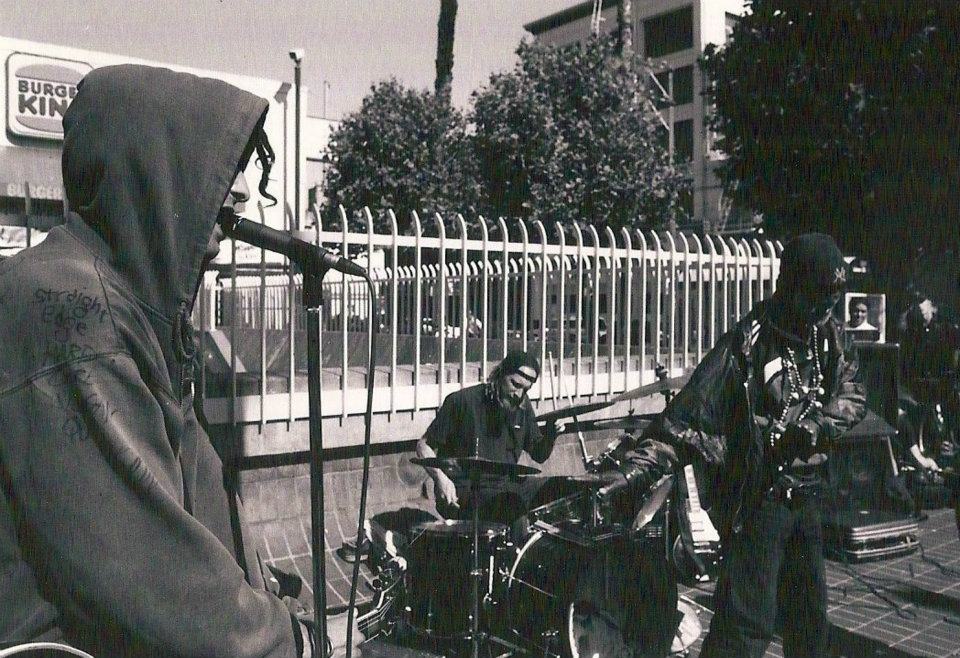 I really like how high up in the mix the bass and drums are, and how the rhythm section takes a real responsibility for carrying the tune rather than just driving it. By contrast it’s a nice touch how low down in the mix the guitar is, laying down a fuzzy, jagged bedrock.
Whoever said ‘gruff’ was dead, you’re talking shit, mate. This is still as fresh as when it originally came out.

You can get this direct from Dead Broke Rekerds here. The package includes a re-print of the original 32 page fanzine, as well as a video download code (for the original VHS companion tape) that this was originally released with. Pretty sweet, right? There were only 400 of these hogs pressed – you snooze, you lose. Also comes with a download code for the music.