I think it’s fair to say that Jimmy Eat World had been existing in a prolonged state of mediocrity since at least 2007’s Chase This Light. The last album they released that was widely considered as ‘good’ probably being Futures, back in 2004. However, for me, Integrity Blues, their 9th album, good as it is still pales in comparison to some of their earlier works.

Although not quite a return to their peak (i.e. Clarity and Bleed American), it’s fair to say that these songs have been ‘composed’ rather than ‘written’. You really need to have the musical chops to be able to ‘compose’. There’s a tremendous amount of depth to the music here, which in itself is emotive, without even taking the vocals and lyrics into consideration. There is no doubt in my mind that there is a lot of heart here, this being an album relating to being an adult, and dealing with the changes life continually throws at you. It almost feels like a break-up or divorce record, though – perhaps as if these guys are breaking up with ‘youth’, maybe. I have to say that when it comes to heart, I do tend to prefer something a bit more visceral than this. Having said this, one thing that JEW have been consistently good at is evoking feeling or emotion in the listener, and I can imagine this as something of a cathartic recording experience.

There is no avoiding that a reasonable portion of this record has a low ‘balls’ level. I mean to say that it lacks the anthemic meat n’ spuds rockers that deep down, I was hoping it would provide. It’s not a bad record by any stretch, but I flit between whether I could or couldn’t imagine myself ever being in the mood to put this record on. Realistically though, if I want to listen to JEW, I’m going to listen to one of the records they put out when they were at the top of their game. I mean, this is more than good enough as a record, but saying this comes with the caveat that, for a bunch of people it won’t ever be the go-to choice – you are (or at least, I am) probably going to reach for Clarity or Bleed American. It’s simple enough. But, if I wanted to listen to something that sounds like Integrity Blues, it would probably be a tough choice to choose between this record or a Sense Field record. That’s the overarching kind of vibe that seems to play through from start to finish, to my ear.

The record starts out pretty strong, with You With Me, and continues on pretty solid footing until we hit 5th track, Pass The Baby, which ventures a bit too far into ‘bedwetting’ emo territory (thanks to Carpet for reminding me of the existence of that particular descriptor, which featured on ALOT of show flyers back in the day!) ala American Football, and other general Kinsella claptrap, before (oddly) breaking into a heavy, stoner rockish riff in the closing phase (admittedly, I kind of enjoyed this part), which I just found to be a bit of a weird direction to take.

If you really dig stuff like Death Cab For Cutie and maybe Elliott’s False Cathedrals record, I could imagine you getting quite a lot out of this record. Also, as I’d mentioned earlier, there is quite a lot going on in this record, with nods to classic British bands such as Joy Divsion and The Cure, not to mention a touch of ambient, understated strings and organs here and there that are reminiscent of Iceland’s Sigur Ros. 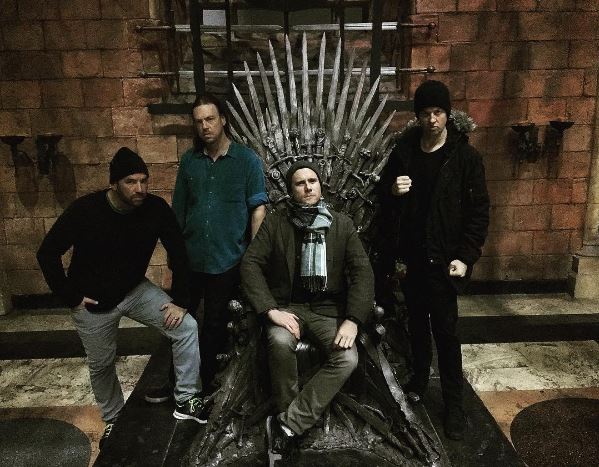 A special mention should go to the lead part in Through that captures and re-contextualises that iconic texture-heavy melodic guitar sound that James Iha brought to the table on Siamese Dream by Smashing Pumpkins way back in 1993 (fuck… that’s over 23 years since that record came out…). It’s superb.
Album closer, Pol Roger is something of a masterpiece. For me, it recaptures the grand majesty of some of the epics from Clarity like, for example, Just Watch The Fireworks. It’s the kind of song that sweeps you away, and is the perfect example of what I meant when I referred early on in the review of these songs being more ‘composed’ than ‘written’.

Thinking back to when Jimmy Eat World first blew up, around the time that Bleed American or self titled came out in 2001 (that’s what the album was originally called before the decision was made to change the album title following the ‘Twin Towers’ event on September 11th that year, fact fans), that album was a great unifier of people from different sub-sets of the wider scene. Hardcore kids like it. Punk kids liked it. The chin stroking emo types liked it. Indie kids liked it. Mainstream rock kids liked it. It was something of a strange record in that regard. Everyone had that album. It was a huge hit, and deservingly so. It’s still an enduringly great record. I have some fond memories of bashing out prime cuts (not just the singles) from that record week in week out while DJing the Thursday night punk room at Jilly’s Rockworld, and those shitty nights at Satan’s on Tuesday and Friday nights (aka the sell-out years)… 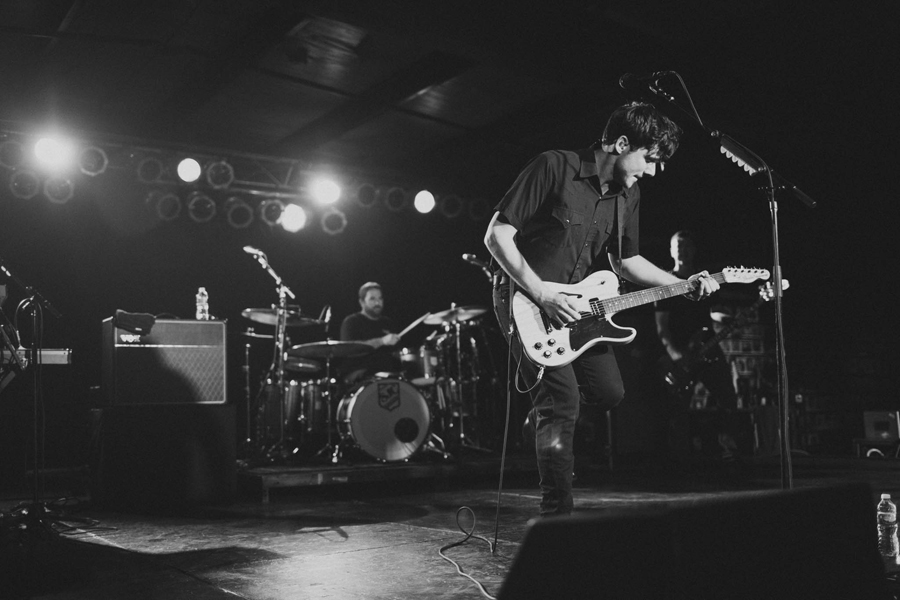 Even though the album is incredibly well put together, I think a lot of people are gonna view it as “too mainstream rock”. I also think the mainstream rock types would probably find it a bit too lightweight. It is something of a nostalgia fest for late 90s emo kids, all in all. I think perhaps this is due in part to the tenderness to be found throughout the duration of this record, like the bizarre compulsion to rub or prod a sore spot. You know you shouldn’t be doing it, but it’s kind of enjoyable.

You can stream it via Spotify here.