2015 was an amazing year for me. My life changed in a dramatic way. Not small changes, huge life changing things happened. I returned to the UK and began living as myself for the first time. As Clara. I went to my first interview presenting as a woman. I turned up for my interview at Oxford University with my goth hair, red nails and lips and my tattoos not quite hidden through my tights. I looked around at the other interviewees. Older men, balding, the odd moustache and plenty of non-ironic, non-trendy elbow patches on tweed. My Rainbow Dash key ring hung on the outside of my handbag and I felt so out of place that I couldn’t help but smile. I was the underdog. I stood out. I was not like the others. The fact that I walked away knowing I had smashed it was just a little bonus. 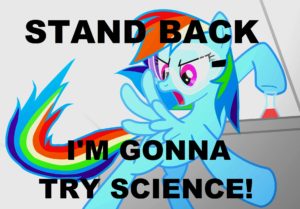 For the first time in my life I felt authentic, real. I started working a great job, with folks that accepted, and only knew, me for who I am. I fell into life in an Oxford village with a canal at the bottom of my ‘garden’, ready for lovely long summer walks. I made so many great friends in 2015 that I do feel I got more than a little bit of luck from above. I found an awesome board game group and I joined the Oxford Uni LGBT advisory group with the genuine hope that I can start to make a difference for the LGBT community. To say that it was a good year is a bit of an understatement.

Baby Chaos was my band. They spoke to me. The songs told stories about me. Self-deprecating tales of depression mixed with anthems of hope and self-empowerment. A band has never spoken to me as much as Baby Chaos and I still find myself relating to the song lyrics even if I am no longer an angst filled teen.

Baby Chaos put out their first album around the same time as Terrorvision and the Wildhearts gained popularity – the mid-90s. Part of the UKs answer to grunge and brit-pop. Many awesome bands came to light, some of whom were criminally overlooked. One of these bands was Baby Chaos. Listening to Safe Sex, Designer Drugs and the Death of Rock and Roll for the first time was one of those moments when you knew life was never going to be quite the same again. Plus, best album cover ever?

At the time my mental health was not ideal and I was being treated like a fragile thing by adults all around me. For many of these adults, who did their best by me, I was an oddity. Something they were not used to. A self destructive time bomb just waiting to blow. I was the outsider that years later was to interview in a field of tweed. But, then I heard Baby Chaos, and my thoughts were mirrored before me. I was not alone. I was not the only one. Sure, the reasons may not have been the same (in my case, gender dysphoria was a driving factor in my depression) but I knew that someone understood me. For all my friends, only Baby Chaos echoed my deepest thoughts and I knew their pain through their lyrics.

Their second album, Love Your Self Abuse, upped the bar. To be honest, I think this was something of a surprise and it took me a while to warm to it. (Like, a week.) The music gained a complexity and maturity that meant I no longer even needed the lyrics to echo my feeling: the music did that itself. But like the music, the lyrics also raised their game – mirroring my deepening depression. No wonder my mother hated my Baby Chaos t-shirt declaring the album title across the front. It stated my intention, my mind. Drag me to therapy and that is the tee I will wear. I may have been a little combatative…

The lyrics from the eponymously titled song sum up the power of Baby Chaos. Not only does it have a chorus that builds upon repeat, but the lyrics sum up depression and hope in one.

“Love your self abuse
Baby we were born to lose.
Love your self abuse.
It may be all you’ve got and if it is then that’s your lot.
So enjoy the sensation of your mental liberation and feel a little better you deserve it you’re a fucking star.”

For some reason, despite the 5 out of 5 reviews, the band never really took off. I’ll never understand why. (At this point I should note that even their b-side and Rarities and Unreleased albums are better than 99.999999999999999% of albums out there, give or take.)

And then, a name change. The reasons may be complex and at the time I heard many rumours: record label issues, thoughts of appealing to an American audience, a change of name for a change of line up, I don’t know. However, the band became Deckard and I totally missed the release of first album. Couldn’t get it anywhere. Didn’t help that I hadn’t know about the name change. I was a bit scattered at the time. By the time I knew, their second album was out!

Deckard were at full maturity when it comes to composition. The two albums were musically amazing and probably the most accessible to a wider audience. Slightly less in your face and the lyrics less ‘stark’ in meaning, they are definitely the most palatable albums from the band. But still amazing, and I absorbed the albums as I had the Baby Chaos ones. Sadly, this second album was the last that Baby Chaos / Deckard put out for a while. Other bands came and went featuring the band members, but none captured my soul like those two.

A number of years later, I had slipped back into the usual pattern of depression and was having a hard time coping. After a few years of absence, my old Baby Chaos and Deckard albums made their way to the top of the play list and felt as fresh and meaningful to me as they had on first play. The angst I had felt as a teen had not gone away. Like a hand into a glove, my mind slipped into the songs and their pain opened old wounds. This time however, there was no doubt about the source of my pain. I was transgender. I had been cheated (being born biologically male), and I was not happy about it. I also knew that transition was a thing by this time; I could be the woman I wanted to be. Of course, that sort of decision is not easy to make. I risked losing friends, family (both groups were actually awesome so these fears were unfounded) , my safety, my career. But it became increasingly obvious that I didn’t have a choice.

As mentioned, I had had a hard time getting hold of the first Deckard album. I had forgotten, but eventually my mind reminded me that it was not a thing I owned, but should. I also realised that the site I used for collecting rarer vinyl also sold CDs so I actually managed to get a hold of it. It arrived and once again the band got it right. That feeling of ‘how did I not have this’ bugged me a little. However, you have to wonder – was this a fate thing? See, on it there was a gem: a rock song that mirrored not only my fragile state of mind, but also my thoughts of transition. Christine. Plus, it rocked. Hard.

Turns out that Chris, the singer, had a friend that had transitioned. And so he wrote a song about the agony of deciding to come out as trans. Damn, he hit the nail on the head and I have no idea how. “I want this, but how do I know for sure” is blasted out with the same intensity that the exact same question ceaselessly circled my own mind. The fear of loss was put across in a song so perfectly. That it was about ‘me’ meant that it became my own personal transition song. Yes, I had a theme song for my transition. How could I not take that as some weird fate type sign? I made my mind up not long after. I was a woman, sod what anyone thought.

So yes, 2015, and Baby Chaos, under their old name, put out a new record. The first Baby Chaos album in 19 years. This band meant so much to me that I could not help but be excited, if a little worried. Who wouldn’t be when your favourite band put out a new album after a massive absence. And sure, I had to get used to it, but damn. It is fine. The musical ability and production seem to have matured even more and the songs, whilst less raw, are as heavy as ever. The edge has not been lost. The first song being called You Can’t Shut Us Up is just one of those lovely little touches. And the lyrics have grown as the band have. The angst, anger and fears are still there. It is just an older flavour of angst. Along with another classic song of hope, Have faith in Yourself. With a chorus sung by a kids choir – something that shouldn’t work but does. Won’t lie – that was not something I expected to have grow on me.

The same year as Skulls… came out, I got to see the band in Bristol, supporting the Wildhearts. That was the first gig I had gone to as female and it made me laugh that the security guards looked pretty confused upon realising that I was trans. They went to check my handbag, noticed and just forgot to check. That has not happened since, but it made my giggle. As did the gin. 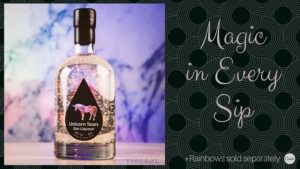 After the gig I met the band and got some stuff signed. I’ll be honest, I was pretty star struck. This tiny band, known by so few, mean so much to me. I didn’t know what to say and I just grinned at them pretty oddly for a while. However, I was able to thank Chris for providing me with my own theme song for my transition. I’d like to think that there is little better for a band to hear. They certainly seemed pleased. I hope so, they have given me so much over the years. I also bounced around in a (teeny) pit that night – something I ain’t done for years.