Don’t let the kids win is Julia Jacklin’s debut album and boy, is it a cracker. I have talked before about how I used to rely on a Zurich music shop to provide me with new, quality music. Well, I would love to talk to them about this one. 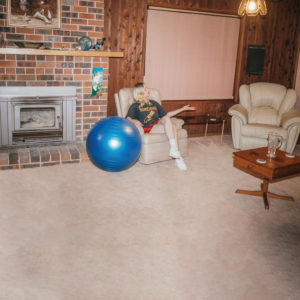 This album may not be for a lot of readers of this webzine, but for those with an open mind, I’d like to suggest that there is some amazing country music out there: this is one example. Emotionally charged, this is an alt-country, indie-blues record with a lovely 50s sheen. Yes, I am kinda gushing right now, but I find it hard not to.

This album falls right in between Family Band and Anna Calvi. Not as dark as the former, but much more enjoyable (for me) than the latter. I am not a massive Anna Calvi fan, yet I really enjoyed this album – and I had trouble working out why. I think it falls down to the difference in the type of guitar sound used. Whilst Anna Calvi has the same alt-country 50s style songs, she uses something akin to a Spanish guitar sound. In contrast, Julia Jacklin uses more of a surf guitar sound (to my ears), and this makes all the difference. One I dislike, one I really like – all on such a slim variation.

I took this on thinking that I was the least likely of the Apathy and Exhaustion reviewers to hate it. My first listens had me thinking “sure, I’ll give it a few listens – seems like standard alt-country fare.” However, on each listen, I found more to like. Silky vocals over velvety guitars are finished with slick production. Yes – pretentious wording, but accurate. And the sound quality on this record is great. This is the kind of record that justifies me having shelled out the £s for a decent stereo. In parts the production holds up to that; on Laura Marling’s Once I was an Eagle. The tone is similar too. Which is bloody impressive for a debut album.

Hailing from Australia, Julia is reported to have worked in a factory and lived in a garage to hone her music. I hope that this struggling artist can turn that around with this record – I think it would be well deserved. If bands like Coldplay can make a fortune peddling tripe then I really hope that Julia gets to move out of the garage (if she hasn’t already).

The first single, Pool Party, has the kind of maudlin feel that I expect from Nina Nastasia or Georgia’s Horse. Pretty depressing. Even more so once you work out that it is about a substance abusing boyfriend spiraling away. Plus the video, above, has a weird Twin Peaks kinda vibe to it too. 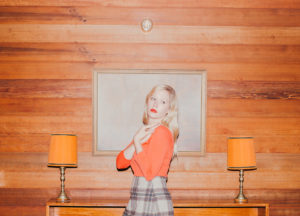 This sound of sadness is repeated often throughout the album, such as on L.A. Dream and the tearjerker Don’t Let the Kids Win. There are lyrics in the last one that hit home personally, “Don’t let your grandmother die, whilst you’re away. A cheap trip to Thailand’s not gonna make up for not getting to say goodbye.” Different circumstances, but it’s like she knows the thing that hurts me most from my past and puts it out there. I cannot help but feel she knows that pain or knows where it comes from.

Leadlight and Small Talk have that laid back 50s country vibe that is oh so pretty in a song, adding lovely swells that make the songs somehow feel like they embody a hopefulness in their melodies. Same Airport, Different Man and Hay Plain, on the other hand, are very much moody, bluesy country. The ‘black and white film’ tracks of the album.

Elisabeth and Sweet Shop are lovely, lovely tracks with that have some beautiful sounding guitar plucking. There are, for me, elements of Kings Daughters and Songs and Califone in here – the same elements that made them favourite bands for me.

Motherland is more of a trad alt-indie. More upbeat and hitting Sarah Jarosz territory, the sound is similar to another Polyvinyl band, La Sera, who I reviewed here. Coming of Age, on the other hand is a great indie track. It has screechy guitars and fuzz that make the song sound both familiar and new to a grunge girl like me. Almost like Veruca Salt meets a chilled out Giant Drag maybe?

Of course, if you follow the album it is clearly one about growing up, growing older. A soundtrack for the mid-twenties young adult realising that life is not just parties, money is kinda important, and you really don’t wanna be stuck doing ‘this job’ forever. I’d love to say that I grew out of this phase…

In her own words, from the Polyvinyl press release:

“But in hindsight I see it’s about hitting 24 and thinking, ‘What the fuck am I doing?’ I was feeling very nostalgic for my youth. When I was growing up I was so ambitious: I’m going to be this amazing social worker, save the world, a great musician, fit, an amazing writer. Then you get to mid-20s and you realise you have to focus on one thing. Even if it doesn’t pay-off, or you feel embarrassed at family occasions because you’re the poor musician still, that’s the decision I made.” https://www.polyvinylrecords.com/product/dont_let_the_kids_win

This is a great song. It is easy to pass by country music, but when done right, it can be fabulous. It can also be sad and heart wrenching, whilst still having something there that feels uplifting. This album moves around and has many songs with different vibes, but they fit together cohesively into an album that feels like it has no fillers.

I picked this album up for review by accident. I will be buying the vinyl on purpose.

You can catch Julia on tour this autumn / winter in the UK, Europe and Australia. For dates click here.