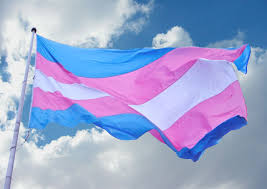 When Tony of Nurgle asked me to be a part of his new project, the online music magazine you are currently reading, he pointed out that he wanted to make the site be about more than just music reviews. He wanted to add in a music lifestyle type thing too. For the last few years I have been writing a blog about my experiences as a transgender woman (feel free to jump over to my occasionally updated blog at http://clarabarker.blogspot.co.uk/2016/07/no-one-wants-to-be-trans.html ) and I was asked if I could write about my experiences in a way that fit into ethos of this new website. I jumped at the chance – although I didn’t have a clue how I would do this at first. I still said yes, mind… 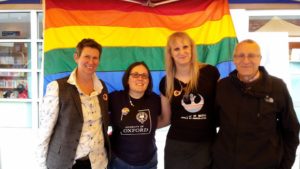 After a little though, I realised that writing about new rock bands that have a trans angle is less than simple because, well, there just aren’t that many. I certainly don’t want to only be able to write when Against Me! put out a new album. although I do love the new album – check out my review here: https://apathyandexhaustion.com/against-me-shape-shift-with-me/

So I expanded the scope. My plan is this: to write about bands, songs, albums, comics (guess my fav from the pic below) and books that have affected in me in some way because they relate to my transition. Generally, these various cultural items will be from the annals of history and, when it comes to music, I will have to branch out from bands that fit into the generally scheme of this magazine. In this way I am free to cherry pick items that I love and it does not limit me to write about new bands. It would be rubbish to have to write about bands that have a trans member but are pants. Just because I am trans and they are trans does not mean you get any slack. Ish. 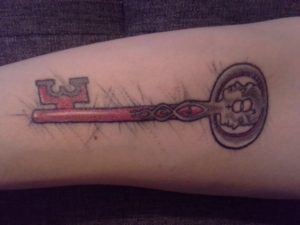 See, just because I am trans, does not mean that I think Catlin Jenner is a hero. Catlin Jenner is a douche. We have very little in common and still suspect the whole ‘coming out’ thing is a massive publicity stunt. It probably isn’t – but I’ll always have some doubt. On the flip side, I’ll try and do a review of a trans YouTube blogger called Claire Michelle who I have followed for a while. She recently put out an album and I really hope she does well. On the down side, it is folk music and I don’t really like folk music.

So sure, I’ll give it a go and I will cut it a major amount of slack, given that I have watched her grow over the last few years and relate to her story. Course, if I hate it you don’t hear about it again…

So there we go. That is my trans-agenda. I hope you find it interesting!