This is one from the archives. It was originally published on the Corehammer website back in 2013… 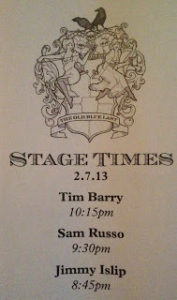 Incredibly enough, I went against tradition the other night, left the house and went to a gig for the first time in ages. Although it was acoustic, so I felt my aging heart would probably take it. It could almost have been described as a culture shock, as it did differ somewhat to my usual schedule of painting monsters. And I did in fact see some quite shocking things on my way there. I had gone to Shoreditch, after all. After dodging my way through the weird fucking zombies, bizarre fashion dunces and a vast array of folk that looked like they’d got dressed in the dark, I finally made it to the venue and spent a bit of time hanging with my mate and chewing the proverbial fat about music and that.
Then Tory try-hard, Frank Turner walked in. So after a bit of time regaling my mate (he’s German so has missed all this) with tales of our Frank’s illustrious career in making a tit of himself and being a general embarrassment to the punk scene, we decided to go and check out some of the acts. Apologies, didn’t take any photos as I didn’t want to be one of those tossers that can’t put their phone away for fear of having a nervous breakdown.
First up, we had a chap from Leeds by the name of Jimmy Islip. I can’t really say his songs did much for me personally on this occasion, but I’d give him a watch again. It comes across as that kind of Springsteen-worship trip that loads of dudes seem to have been going on over the past few years. Loads of folk are into that type of thing though, and plenty seemed to enjoy it tonight, and I suppose that’s the main thing. Don’t take my word for it, though – I’m a bit of a contrary fucker, so I would encourage you to please check him out for yourselves and form your own opinions. The dude did have a fairly impressive Superman curl, and has also done stints in some reasonably decent bands from Leeds and the surrounding region, so I’d advise you also check some of them out if you get the opportunity (for reference purposes, Eighty Six, and I’m told he played on the last Milloy record). Check out his website here: http://jimmyislip.tumblr.com/ 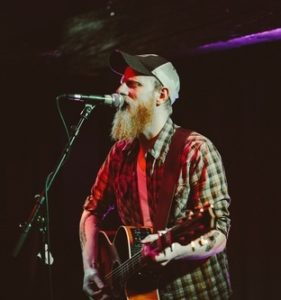 Next on the bill was a guy called Sam Russo, hailing from Haverhill (this I discovered on the internet – no idea where it is). This guy was more engaging, had a bit of banter going on with crowd and told some relatively amusing anecdotes. His songs seemed to have more power and personality behind them, and the guy has a weird kind of “likability” about him. Coupled with his song writing, it made for an enjoyable enough set. On first encounter, I don’t reckon I’d pick up any of his records or owt, but I’d not be averse to watching him again, and I’ll certainly be checking some stuff out online. Musically, I’m thinking (oddly, maybe) Elvis Costello meets the Lawrence Arms solo stuff (both Brendan and Chris) and how Mike Hale from Gunmoll sounded on his solo record ( which came out on No Idea a few years back). Anyway, Sam Russo has a record out on Red Scare, and you can see his website here: http://samrusso.tumblr.com/

I’d been quite looking forward to seeing Tim Barry for a couple of weeks (that’s when I found out the gig was happening), as I’ve been an Avail fan for some good few years (if you don’t know much Avail, pick up Over The James, although pretty much all of their output is worth the dollaz$$). Regrettably, I only got to see Avail the once, back when I lived in Manchester, and that was only a short set during one of those big Deconstruction events at the Manchester Apollo.

I’d been quite excited when Tim’s first full length album (Rivanna Junction) came out, and over the years it’s consistently had a good number of plays on the home stereo. It’s become something of a favourite, really. I have dipped into his other records over the years, and overall it’s a bloody solid body of work. I can particularly recommend ’40 Miler’, his most recent full length. For those not so familiar with Tim’s solo work, it can be described as (no doubt incorrectly – what the fuck do I know!!) folk with a strong Bluegrass leaning. But don’t take my word for it, check him out for yourselves:http://www.timbarryrva.com/
I’d not been sure I’d ever get chance to see him play live, as last time he came to the UK, I was on holiday. 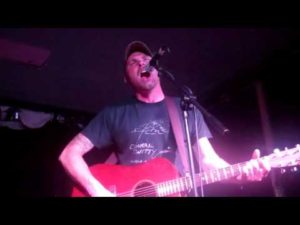 On stage, one of the things that really struck me about Tim was that he comes across as very sincere and humble. He seemed made up that the room was packed out, and seemed to really enjoy playing. As guy who tours almost constantly (and says he rides freight trains when not, y’know, to see the a bit of the country and that), it’s quite heart-warming to see he’s well into what he does, as I can imagine it would be piss-easy to get jaded.

A really good side of aspect of this set was that I got to find out some back stories to some of his songs. It’s nice to get that kind of insight, y’know, to find that this dude you’ve been listening to for some years, whether bashing out quality hardcore punk with Avail, or getting his acoustic on solo style may well have fairly similar views and opinions to you (well, me anyway), and is telling about his day to day life experience like it is.
Unfortunately Tim is back stateside for now (although I’m sure he’s maybe pleased to be home!), so there’s no opportunity to catch him in the UK for now. If he comes back, please be sure to go and check him out.

Tim Barry, if for some bizarre reason you are reading this, how’s about an Avail reunion tour of the UK? I reckon a good few heads would turn out for it, like.