I like The Kimberly Steaks, they are fully on my hit list to get on at my pub (The Salty Dog, Northwich) once the plague has receded. Before I heard them someone described them as sounding like Insomniac era Green Day but Scottish. For my money Insomniac is one of the best albums ever made, so I ordered some 7”s and they did not disappoint. As the last few things that Tony of Nurgle has slung my way have been Oi! records, I found I was ready for something a little more upbeat, let’s go.

The cover art looks a bit like a can of Beavertown; lots of colour, a desk-top with a dismantled Skellington, a cactus, various other bits and pieces, lovely stuff. I’m going to attempt to review it in real time, cos why not, that’s a thing right? 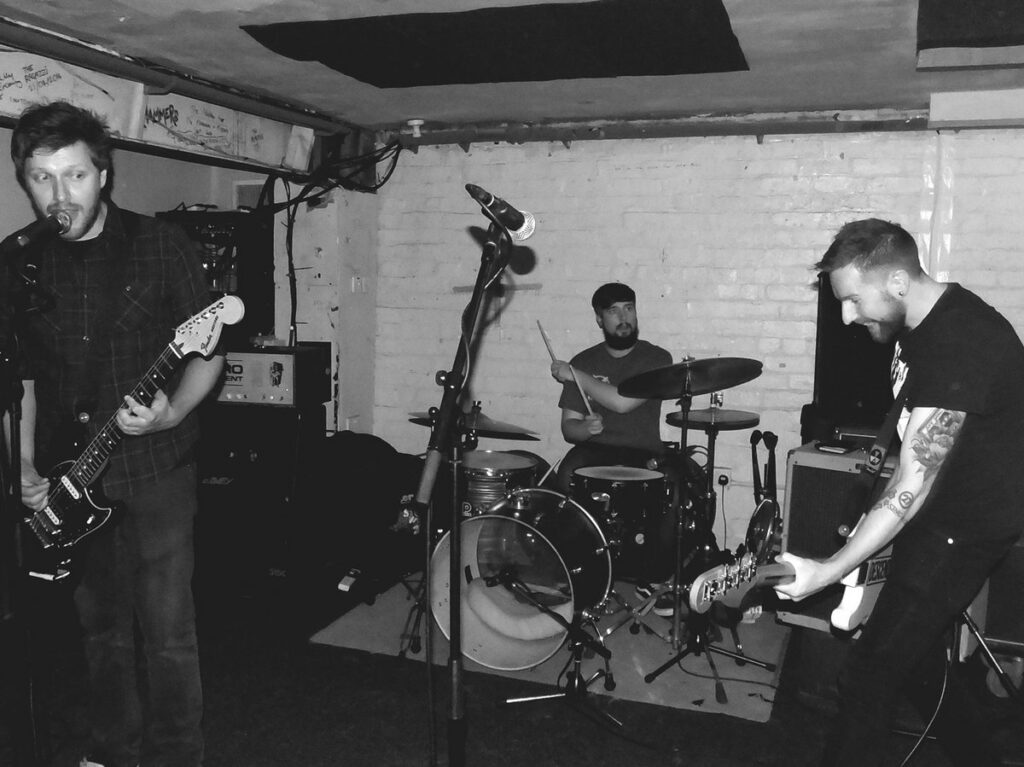 Things kick off with a Simpsons clip; it’s almost like they know their target audience and it’s me. No time to dwell – we are away into the opener and it’s ripping along, a bit like a track from Insomniac. There’s a bit of a Teenage Bottlerocket thing going on too, it’s a well-trodden path, but it’s flipping ace! It’s called Too Far Gone by the way.

Things pick speed a bit with track two and we are hitting pop punk perfection already. The funny thing about these guys is, it doesn’t sound like a California pastiche; the vocals work perfectly with the broad Scottish dialect, kind of like if David Tennant replaced Billie Joe.
I’m not sure if the band will welcome all the Green Day references, but it really is a compliment to them, they’re playing a style of music that has produced soooooooo many bad bands and they’ve some how managed to be awesome.

Harmonies are bob on and everything is played well, nothing overstays it’s welcome and we are quite happily ripping through the record. All We Had throttles back a touch and it’s that bittersweet ‘what could have been’ type of song… which in the hands of a less capable band would probably be in for some stick from me, but again it nails the sentiment without being overly saccharine. 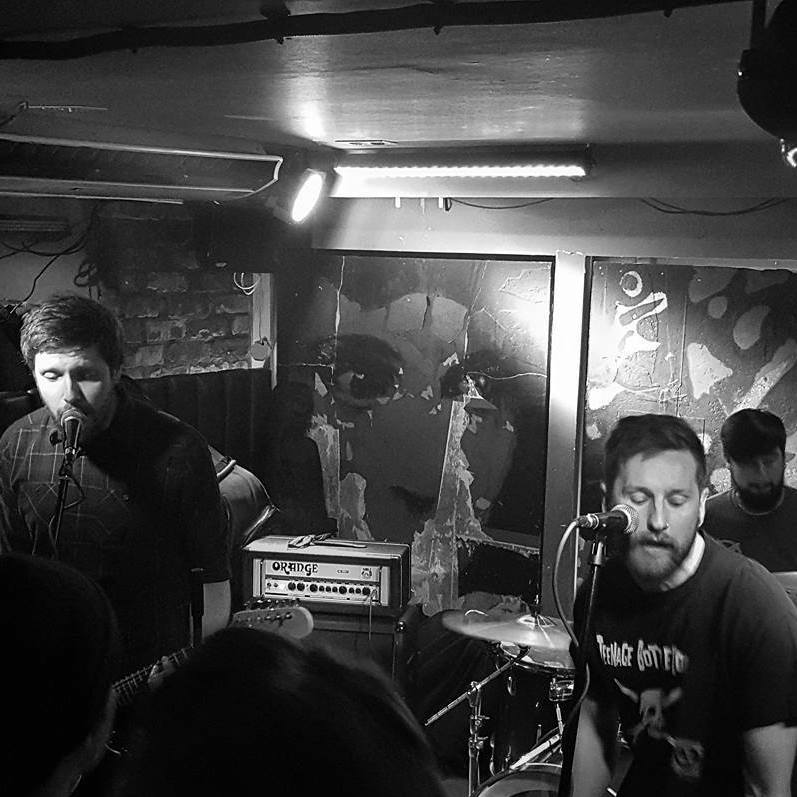 We’ve slowed down a bit again with Lifeless Company, it’s got a slight “downer” feel to it, as the title suggests, but it’s still rocking and they can’t all be fast, right? Things soon perk back up again and we are away battering through song after song of sub two minute Lookout! style bangers. If these guys had been around when I was a teenager they would probably have been my favourite band. We are already on the penultimate song and I’m wishing that there was more. Which is something every band should be aiming for: don’t hang round too long, don’t give people chance to get bored.

A clip of Marty Mcfly brings in the last tune – you know which one, of course you do, because right now we are all on the same page. This last song is an epic, clocking in at just under three minutes and it’s called Too Far Gone pt 2, and it’s all come full circle.

So guess what, I really like this record, I’m going to buy this record and I’m probably going to get the rest of the back catalogue whilst I’m at it. It’s like finding a unicorn to find a pop punk band that isn’t shit in 2020, so I can’t even contemplate the odds of one being this good. I have no idea what they have been deep frying and putting in the Irn Bru, but something must have aligned north of the border. This is a first for me: 10/10 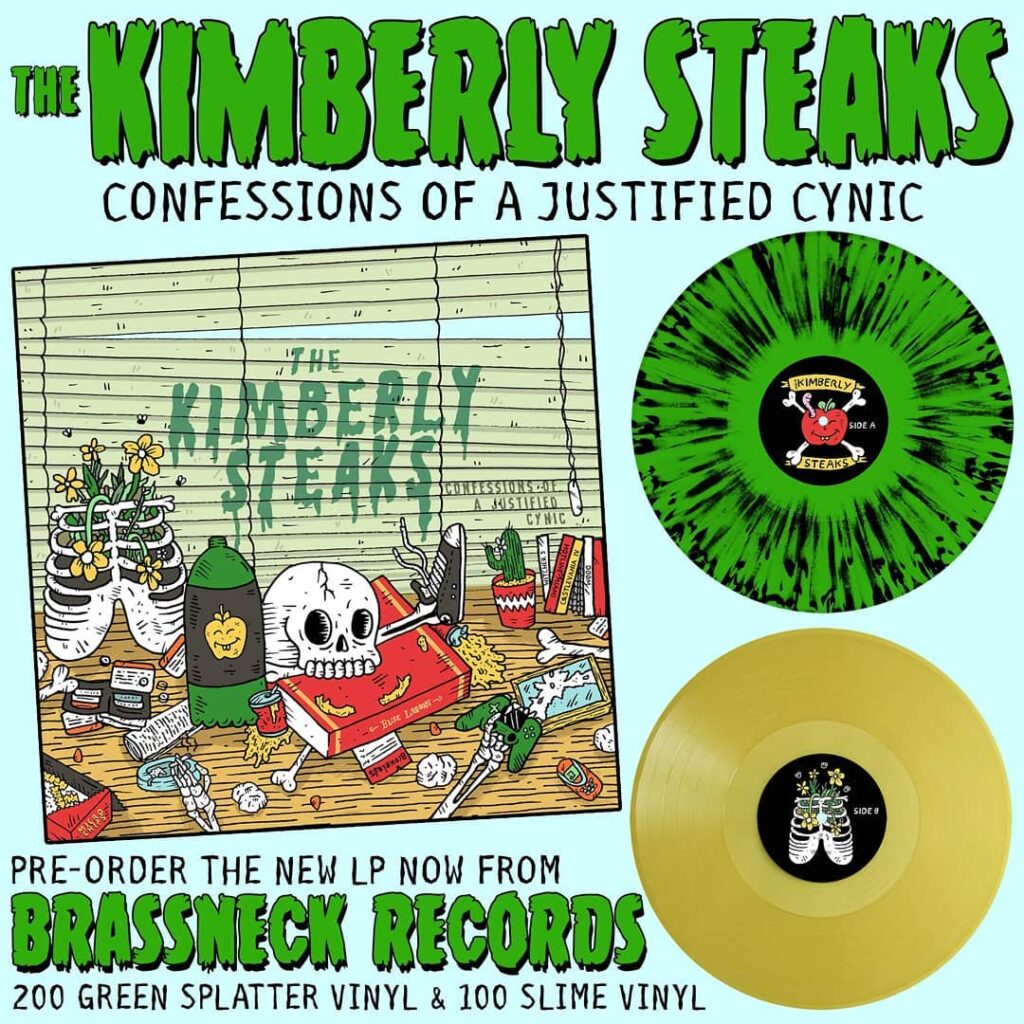 The LP is available now on splatter vinyl from Brassneck Records, the slime coloured variant having sold out on pre-order. You can also get a free download from the Kimberly Steaks bandcamp page

Find out more on the Kimberly Steaks Facebook page