Dealing With Damage describe themselves simply as a “punk band from London”. Given that their line-up features former members of Stupids, Jerrybuilt, Done Lying Down, and Sink amongst a whole host of others, it would probably be pretty difficult to pin down what these guys might sound like.

Dealing With Damage are true music lovers; and while the easy peg to hang their music on is the post-hardcore scene of the US during the mid-80s (think Rites of Spring, Embrace, One Last Wish), that’s a self-imposed starting point to keep principal songwriter (Ed Wenn) focused on producing material that a band with very busy lives can do justice to. Day jobs and families tend to reduce the amount of available time your average band has to craft the next Pet Sounds and sometimes you’ve just got to be realistic about how much you can take on. This lack of time lends a tension and focus to the songs on Ask The Questions. 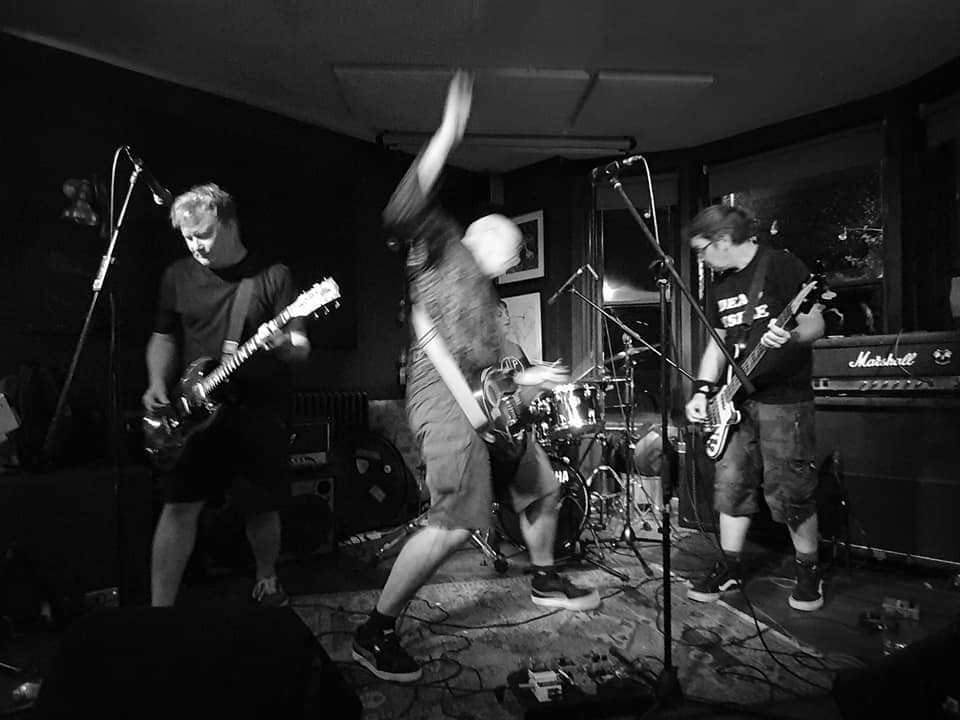 To give a potted back story, Dealing With Damage didn’t really form in a traditional sense as such, choosing instead to gradually coalesce over a period of around 3 years, starting in 2015; beginning life, like so many bands before them have done, as a group of friends who had shared many musical experiences over the years, with the intention of creating some like-minded music as an outlet to escape their day-to-day lives.

Valuable contributions and work from participants in the bands early days helped craft their first live set. Momentum gathered from the start of 2017, with 2 EPs released by the end that year and Dealing With Damage got down to working out what kind of band they actually were. A third, more assured, EP was recorded for Little Rocket Records in 2019; the first release with the current, stable line-up. 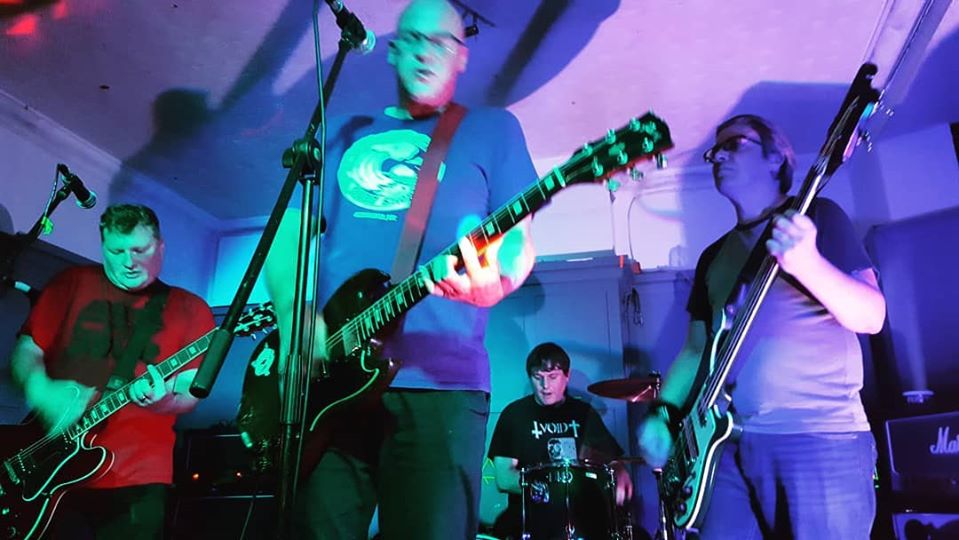 2019 saw the group get to share stages with musicians that have influenced the members of
Dealing With Damage greatly over the years (these include The Messthetics, Soulside, Moving Targets and Ruts DC), along with regular gigs on the UK’s fantastically healthy DIY punk circuit.

When you have a certain number of years as a music listener under your belt, citing influences becomes more or less redundant. Any true music lover will tell you that it’s a broad church these days, and anyone with anything about them will be listening to, well pretty much everything they can. Given that with the release of their debut album Ask The Questions feels like Dealing With Damage having finally hit their stride, and that there’s an urgency and an energy around them that feels really good, you’ll feel like a proper twerp if you don’t have a gander, innit? 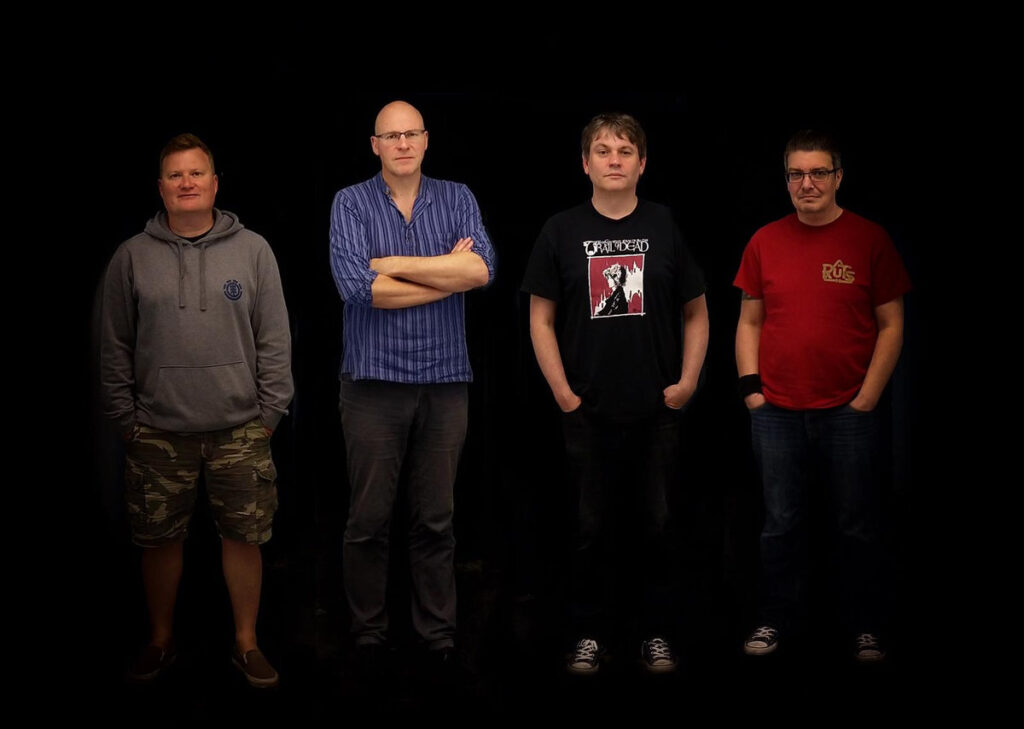 Obviously it wouldn’t be like us at Apathy and Exhaustion or Little Rocket Records to do something straight forward, would it? Awkward us, mate. Hence this video premiere is of an exclusive non-album track, entitled Making Plans for Misery. If you dig on stuff like Red Hare, Jets To Brazil and Bluetip, you’ll especially get a kick out of this one.

But also, with an appetite whetter like that, it would be remiss of us not to pop up a stream of the album, too. So check that one on the bandcamp player below at your earliest convenience… If you want to get ahead of the curve in the latest trend on releasing music on obsolete formats, you can skip right past cassette and order the debut album from Dealing With Damage on CD from Little Rocket Records.

Alternatively, you will be able to catch Dealing With Damage live this week at the following locations and pick one up in person:

Find out more on the Dealing With Damage Facebook page