Fleshies have been around since 1999 (20 fuckin’ years, yo) and are from Oakland, California. They are described a “loud punk band” with “abrasive-yet-catchy songs that warp and invert countless rock and punk tropes”. They have released numerous well-received albums and singles on labels such as Alternative Tentacles, Recess, Life Is Abuse, Thrillhouse, and Adeline, and have had tracks featured on countless compilations in their 20 year career. 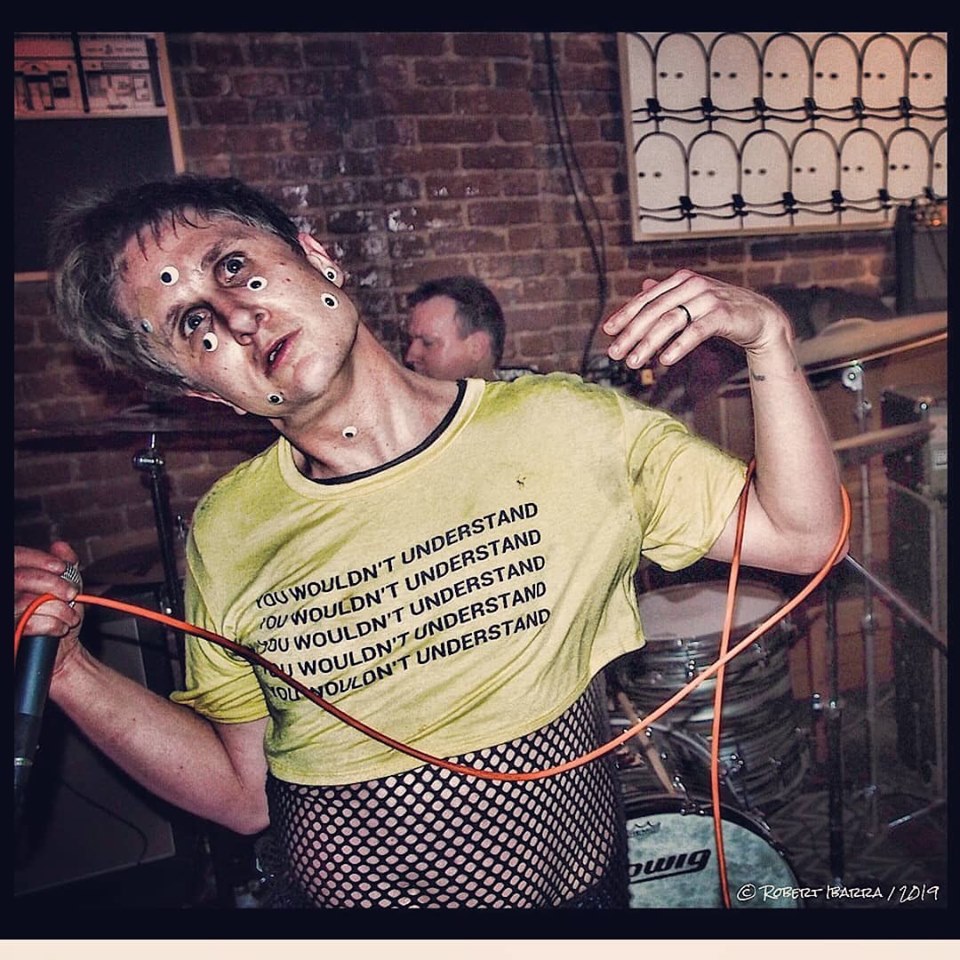 Despite never having heard this band before, I had some ungrounded preconceptions about them. I’d been hearing (well, seeing) their name for many years. I’d for some reason assumed that they were a trad pop punk band in the tradition of Look Out Records / The Queers / Nobodys etc. The lesson here is don’t trust your baseless preconceptions, mate. 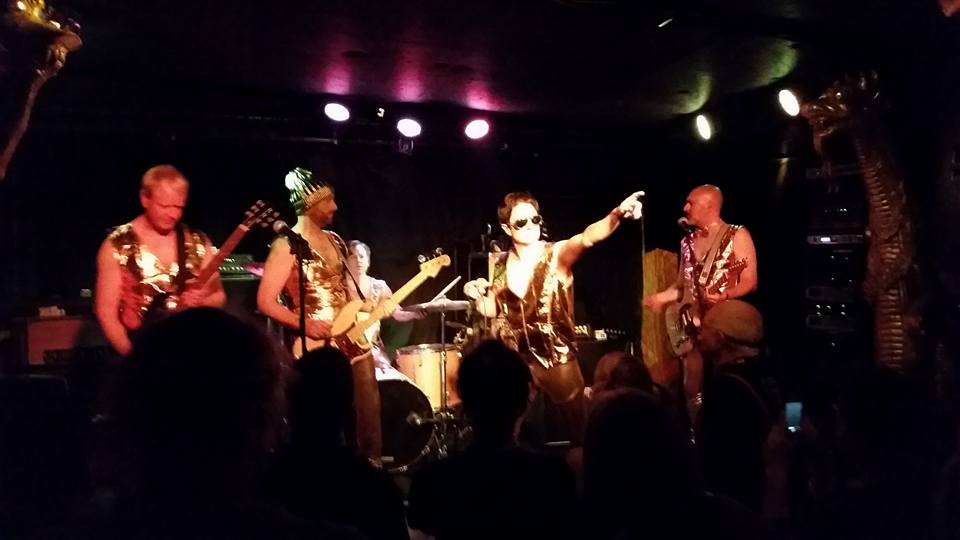 Introducing The Fleshies is the band’s new full-length album. With a title like that, you’d kind of expect it to be some kind of retrospective compilation type affair. It’s not. It does, according to my dude Chris at Dirt Cult, represent a return to form for the band. Never having physically heard them before, I have no fucking idea. What I can tell you is that I like, nay love it, and I now have another band whose back catalogue I need to explore in detail at some point. I’m told that Kill The Dreamer’s Dream (2001) and The Sicilian (2003) are an ideal starting point, should you choose to do the same. 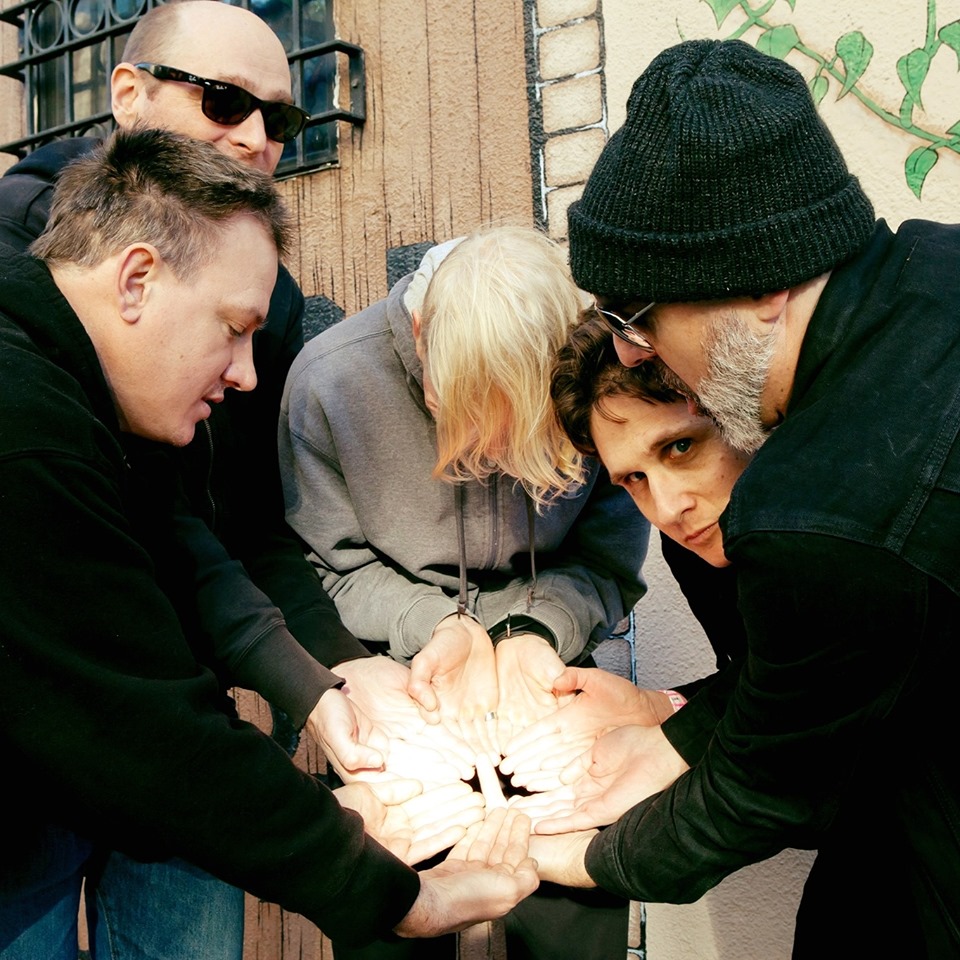 So I’ve been blasting this in the car on the way to and from work quite a bit recently, and I’ve found myself being well and truly drawn in. The sounds on this record are rather varied. Ranging from no frills, abrasive DIY hardcore ala Abolitionist meets Poison Idea (Comin’ to get our Cousins) to the melodic punk of The Bomb being flambéed in the juices of early Dinosaur Jr. (e.g. Hold Me Up).

Vocally, this is (to me) reminiscent of a mad hybrid of Jello Biafra and bizarrely, heavy metal pilot, Bruce Dickinson, but that dude is some kind of right-wing bigot so fuck him and fuck Iron Maiden. Who incidentally only have only produced a couple of good songs out of a catalogue of hundreds.

It’s a rich tapestry of sound, and I’d challenge anyone to get easily bored of this record. I feel pumped as a motherfucker listening to this. It’s an ideal soundtrack to a skate session or a sweaty basement gig, or indeed raging/racing down the fucking motorway.

Top cuts: Spice Rub, That’s Most Unfortunate, Stone Mason, Hold Me Up, Comin’ To Get Our Cousins, Dirtier Harry

You can get the LP on blue or black from Dirt Cult or tap up Brassneck Records or Drunken Sailor Records to get it through their distros.