Alright then. Some of you clowns may remember either my review of last years’ Quit Now EP from Manchester’s Incisions. Some of you may also recall that Quit Now made my list of the best EPs of 2017, which was no mean feat in a highly competitive field. So here we are in the closing weeks of 2018, and Incisions have dropped their first full length, which is something I’d been looking forward to a great deal. I had actually received my electronic press kit the day I moved house, so without any internet I had to wait a while before I could download the motherfucker and give it a listen.

But eee by gum, it’s been worth the wait mate. Not only have Incisions delivered a corker of an album, they’ve also levelled up and matured as song writers in the process. Thankfully this has not come at the expense of aggression or grit. 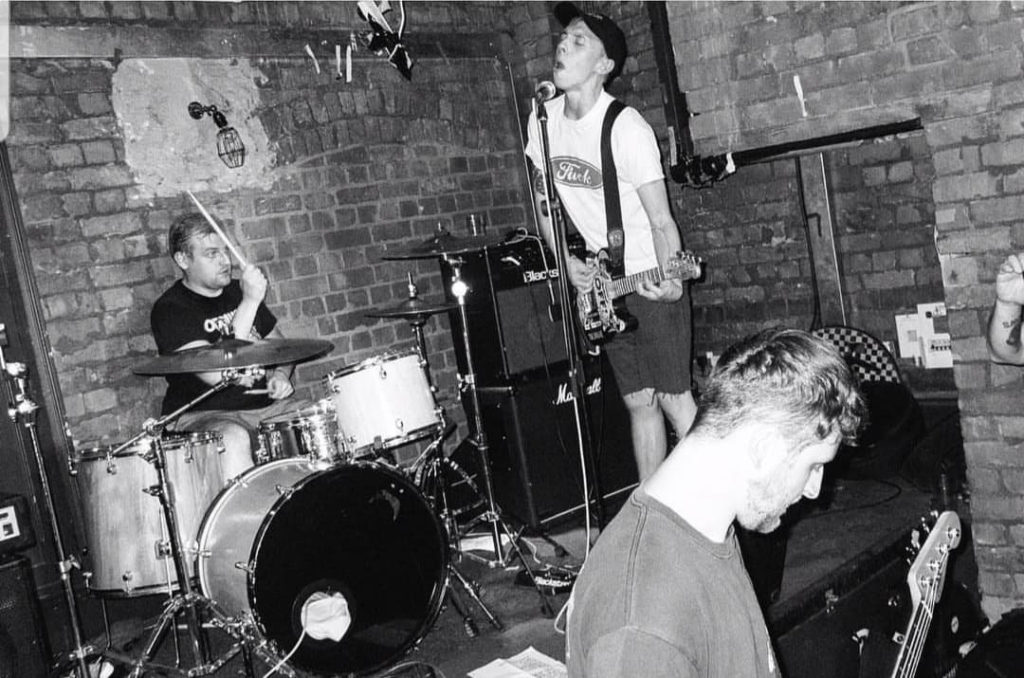 The rhythmic backbone of this record is something to behold, featuring bombastic yet economical use of powerful drumming that ticks all the boxes for pace, aggression and innovative flair. This is absolutely essential for quality punk rock. If a band doesn’t have a great drummer, well, they may as well quit. This is all rounded out by a 4 and 6 string combo to evoke a mob of dangerous drunks powering their way through a sound that cherry picks the best facets of spirit of ’76 style UK punk, early US hardcore punk and a healthy slab of more contemporary influences such as Paint It Black, with a soupcon of NOFX at their prime.

The vocals are suitably chewy and scraped raw, and more than adequately serve to convey bitterness, anger and frustration in a thoroughly convincing way. In places the delivery puts me in mind of the better part of Henry Rollins’ stint in Black Flag (specifically Damaged and My War). This is coupled with a perceived persona stripped from the lower tiers of the UK class system, and I, brothers and sisters consider myself to be sold on this.

Oddly I feel like the best section of this record is possibly the final third or so, which starts with Bigger City, which I thought had a bit of a vibe that put me in mind of the Nobody Laughs Anymore album by The Trouble (a.k.a the best hardcore album ever released), as well as Self Medicate and Corrupted System (which weirdly put me in mind of Municipal Waste for absolutely no reason). I think these three taken alongside leading pairing Deny and War in Your Head form my top picks from this record.

If I had to find fault, I’m not quite as mad keen on Follow and I Wanna Die With You, but I still think they are decent enough songs. It’s a Tony of Nurgle rating of 9.5/10 for this joint.

Listen on the bandcamp player below: