Stringer are from Brooklyn, NYC and apparently used to be known a Heeney. Motherfucker, either way I am no wiser. Intrepid reviewer and writer extraordinaire that I am, this is obviously no barrier to me. Stringer list their interests as eating ethnic food & drinking at old man bars that open at 8am. Valid pursuits, of which I completely approve. Right, that’s the background out of the way. Let’s crack on, mates… 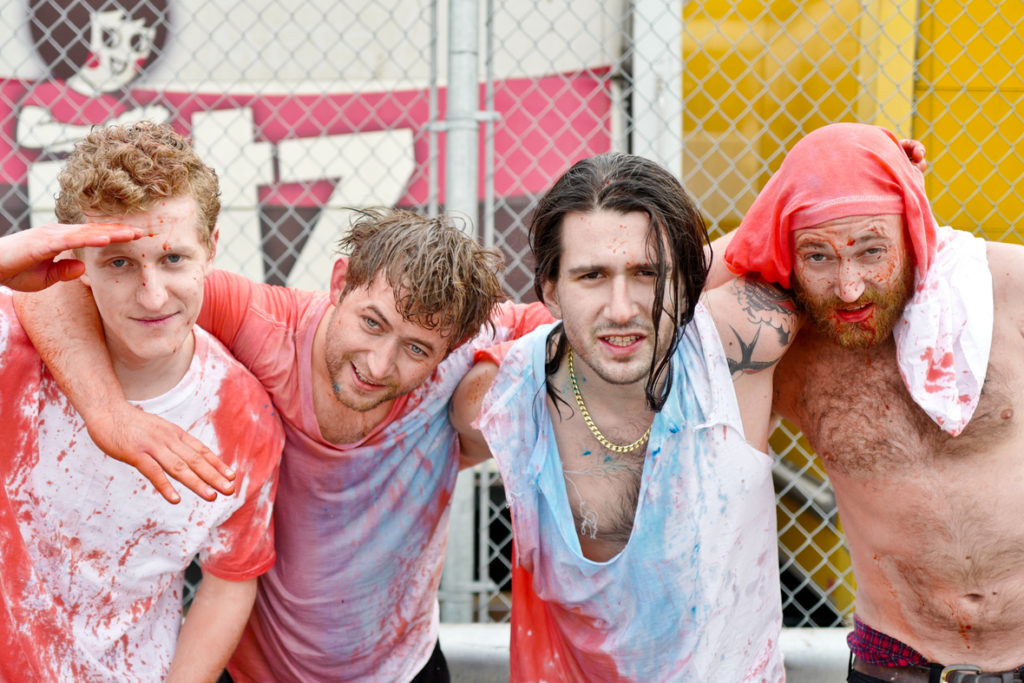 So, the overall vibe here feels like a bit of a lo-fi take on indie rock influenced garage punk, with a bit of a penchant for Screaming Trees and classic British indie. There’s a fair amount of jangle, and a fair amount of fuzz, but by no means does this joint feel incompetent or cheap. It feels to me like there is a loosely applied yet oddly unerring purpose to these songs. This record reminds me of classic Pavement without the off-kilter slant mixing it up with The Weakerthans and The Smiths back catalogue, only reframed through Sebadoh’s Bakesale. Mind you, by saying all this, I’m probably giving an active demonstration of how ludicrously out of date my frame of reference can be. But, hey, not my fault I’m 41 next weekend. Suck it up, losers.

Top cuts here for me are Rachel, Swimming, Abergain and Termites (which seems to be a song about termites and termite society – although I’m probably not cerebral enough to figure out exactly why – and parallels to the protagonists’ emotion state). To be blunt, I fell like this album improves throughout it’s duration, which is an achievement of sorts. More often than not, records tend to tail off in quality. Hmm. It’s a Tony of Nurgle rating of 8/10 for this very worthy opus.

Check it out on the player below. It’s a ton of fun, mates: