As the truest measure possible of how irreversibly un-cool I’ve become, now that I’m a proper adult with a kid and everything, I was totally oblivious when Mom Jeans came seemingly out of nowhere in 2016 and took the world by storm with their previous album Best Buds which saw them garner an impressive 20 million streams of their material. They’ve also been around for over 10 years as a band. I mean, what can I say? I exist only to be a literal disappointment to myself and everyone around me. If I had a dog, even my dog would be ashamed. My dog’s food would in all likelihood be ashamed, too.

If, like me, you have the tendency to have your finger so far from the pulse that you may as well be snuggled up with a fucking corpse, then I’ll give you a bit more background on Mom Jeans. As well as being an item of clothing championed by the total subcultural non-event that is normcore, they are a four-piece from Berkeley, California, professing to play “stoner powerpop”, would you believe.

Anyway, more realistically speaking, I’d describe this as emotive indie rock. When I say that, I’m specifically thinking of Promise Ring’s Very Emergency and Nothing Feels Good albums, plus that most underrated post-Promise Ring band, Maritime. Beyond this, I kind of feel like this record is maybe something of a love letter to the first two Weezer LPs (Blue and Pinkerton). With these analogies I’m speaking both musically and vocally here. Regardless of whether or not Mom Jeans think these references actually hold any water, this was my immediate (and lasting) impression. I also feel like there is more than a hint of Piebald to this (circa We Are The Only Friends We Have), along with that oddly twinkly and mathy style of guitar playing and percussion favoured by Algernon Cadwallader and Tiny Moving Parts. 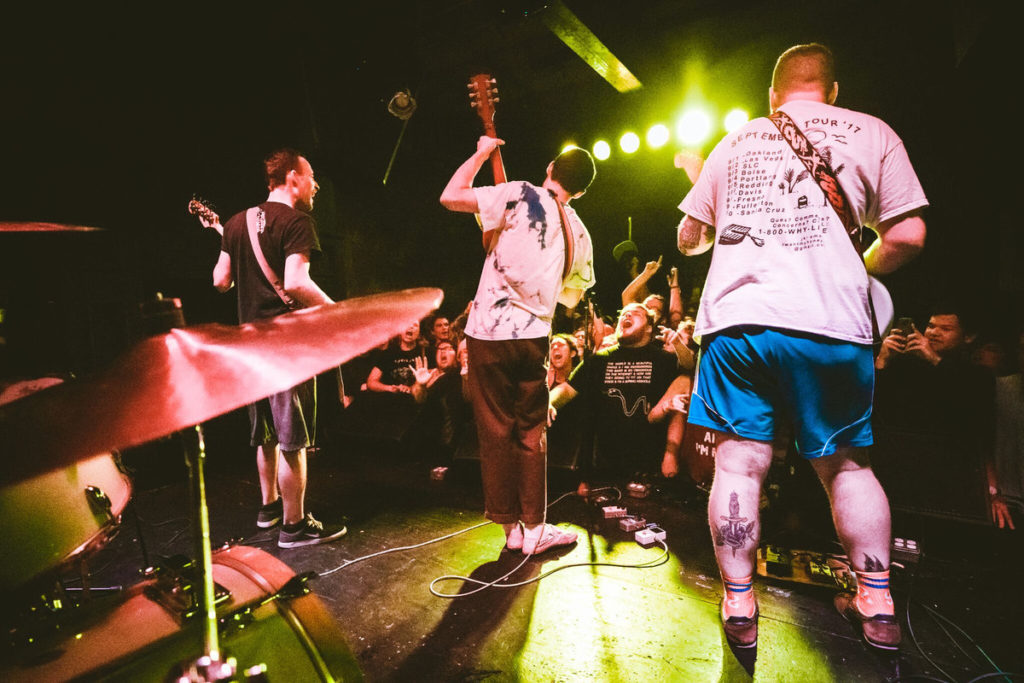 According to the promotional material, Puppy Love is themed around Mom Jeans’ crippling anxiety and fear of the future. Welcome to my world, fuckers. The song titles are peppered with popular culture references (Rick & Morty, Star Wars, Grey’s Anatomy amongst them) and obscure references to the world of skateboarding (Sponsor Me Tape), in a way that almost seems to sit at odds with the musical stylings. However, this is never done with the intent of making the content seemingly impenetrable. 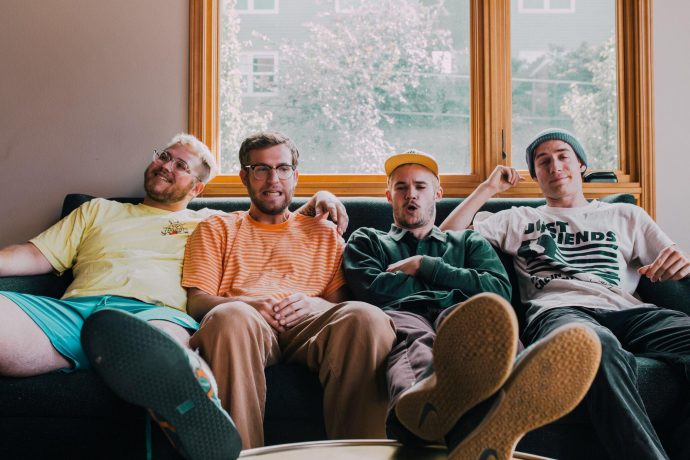 Man, I do feel weirdly like this summer is shaping up to be weirdly good for music. That’s never a bad thing, but it’s gonna make it tough as hell to pick out records for those end of year lists. Given that I’ve never particularly been someone that’s been keen to hop onboard the hype train, I’m finding myself oddly enthused my this release. It’s as charming as a very nice puppy, it’s understated, self-deprecating, and entirely relatable. My top cuts here are Glamorous, Pt. 2, and Season 9 Ep 2 – 3 (which is a reference to the point at which Grey’s Anatomy took a turn for the worse – I always found it as dry as fuck anyway, so I quit after about 3 episodes of season 1 – yeah yeah cool story, bro). My personal favourite hit is either You Can’t Eat Cats, Kevin or Look Morty, I Turned Bart Into A Pickle though. It’s a Tony of Nurgle rating of 9.5/10.

You can listen to this opus for yourself on the player below:

This is available on digital download for the dark princely sum of $6.66 (yeah, dude) from the Mom Jeans bandcamp page. It’s available on orange coloured LP in the UK / EU from Big Scary Monsters where you can also get a whole bunch of other rad shit. It’s available from Counter Intuitive in the US / Canada on a variety of coloured vinyl options.