Portland, Oregon’s Drak/Light (which is apparently pronounced as Dark Slash Light) describe themselves as ‘cold weather music for combating seasonal affective disorder’. They’ve been doing so seemingly since 2013. They are a female fronted 4 piece, and this s/t 7in is their third as far as I can make out, and you can (and should) catch the songs from the previous two on their bandcamp page. They also seem to have the same singer as Era Bleak, whose demo featured in last month’s round-up. 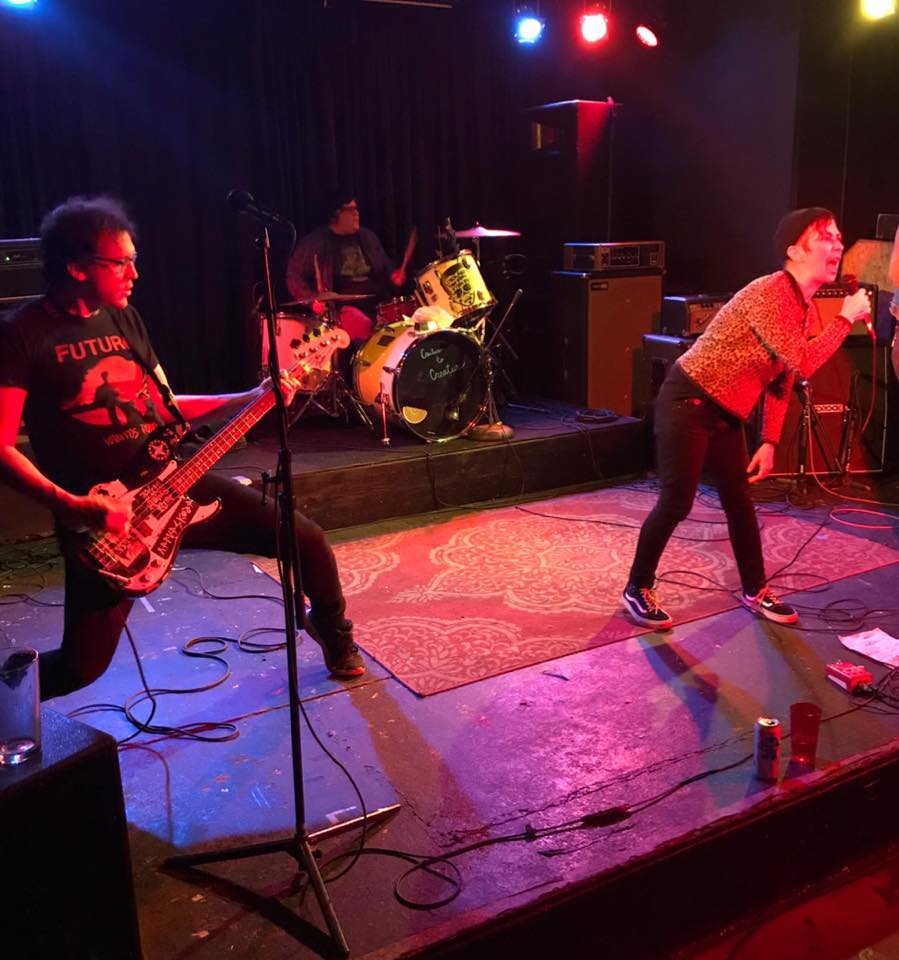 There are 4 cuts on this 7in and it had some immediate appeal for me. Dark/Light remind me quite a bit of the quasi-emo meets indie rock of the earlier Pretty Girls Make Graves releases, with a touch of the jagged indie / punk / new wave of the first Yeah Yeah Yeahs full length joint. There’s also a hint or three of evil skramz of Pg.99. Although probably nobody calls screamo “skramz” anymore, they probably call it “blackened sad boi muzak” or whatever Vice Magazine says is cool at the moment. 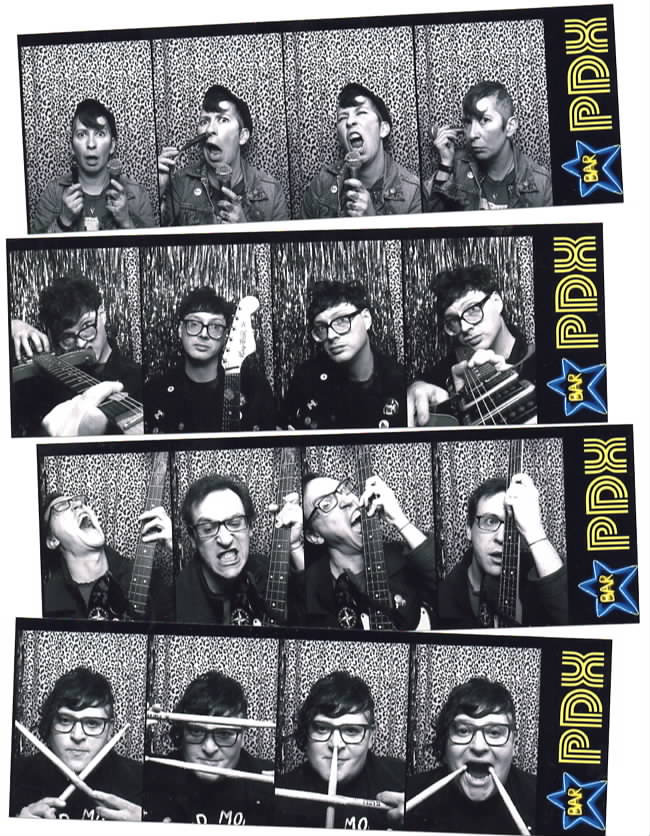 Anyway, if you like that sort of stuff, this is well worth a sniff or three. It’s good, this. Tony of Nurgle rating 8/10.

Listen to the jams on this player: 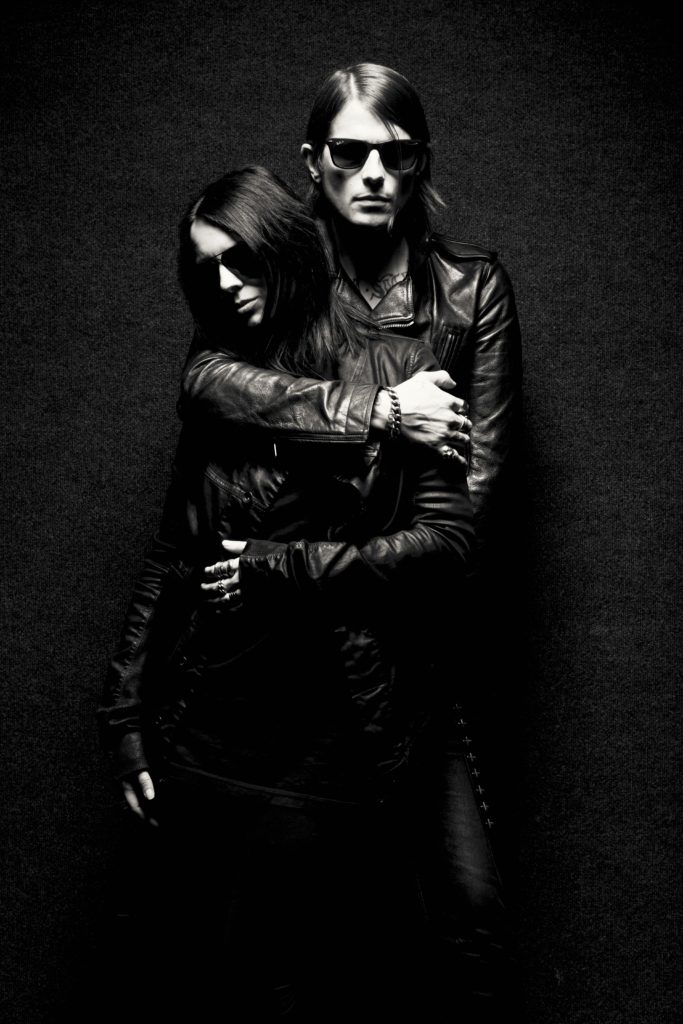 Readers may recall that one Wesley Eisold recently misquoted my review of (which was 95% PRAISE for) latest American Nightmare LP in an interview, in which I had said as a JOKE that he dressed like a necromancer and suggested that the ticket prices for recent American Nightmare shows in the UK were a bit on the steep side. Anyways, transatlantic misinterpretations of the Northern British sense of humour (which tends to exaggerate in a sarcastic manner for comedic effect) asides, Wes Eisold is back with a new EP from one of his other esoteric musical outlets, Cold Cave. 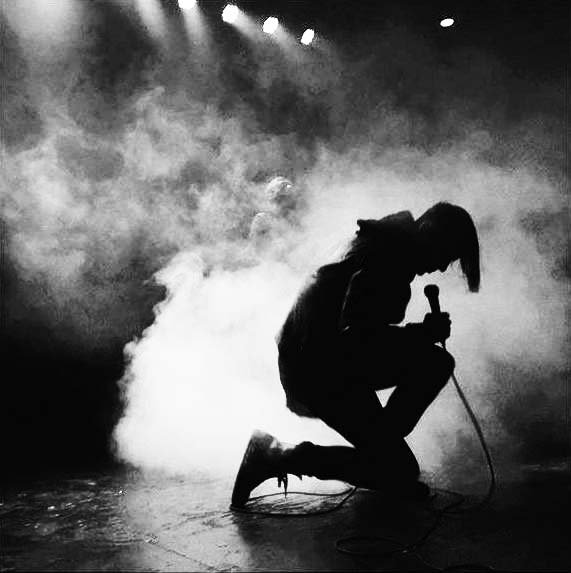 For the unfamiliar, Cold Cave sit (to my mind) somewhere on the spectrum between post-punk and gothy synth pop and that there dream pop stuff that the youth seem to favour these days. This record comes out through Heart Worm on the first of June, and I believe that this is Wes’ own imprint, charmingly named after a parasitic roundworm known to infect dogs.

The Heart Worm webstore describes this record thus: “four romantic existential anthems for the disenchanted daydreamers”. I can’t say I disagree with that. The webstore also boldly claims that the songs sound “retro and futuristic” at the same time. To me, this feels knowingly retro and just seems to exude Depeche Mode and Joy Division worship. It is however rather good.

Best enjoyed in a darkened room filled with dry ice, whilst enjoying congress with a raven the size of a full grown adult and quaffing a goblet of very heavy/heady red wine. Occultist’s robes are of course, optional. Tony of Nurgle rating 8/10

You can check out the EP on the player below:

As it stands, this record was available on 10in picture disc, and has already sold out on pre-order, otherwise I’d tell you to go and buy it. 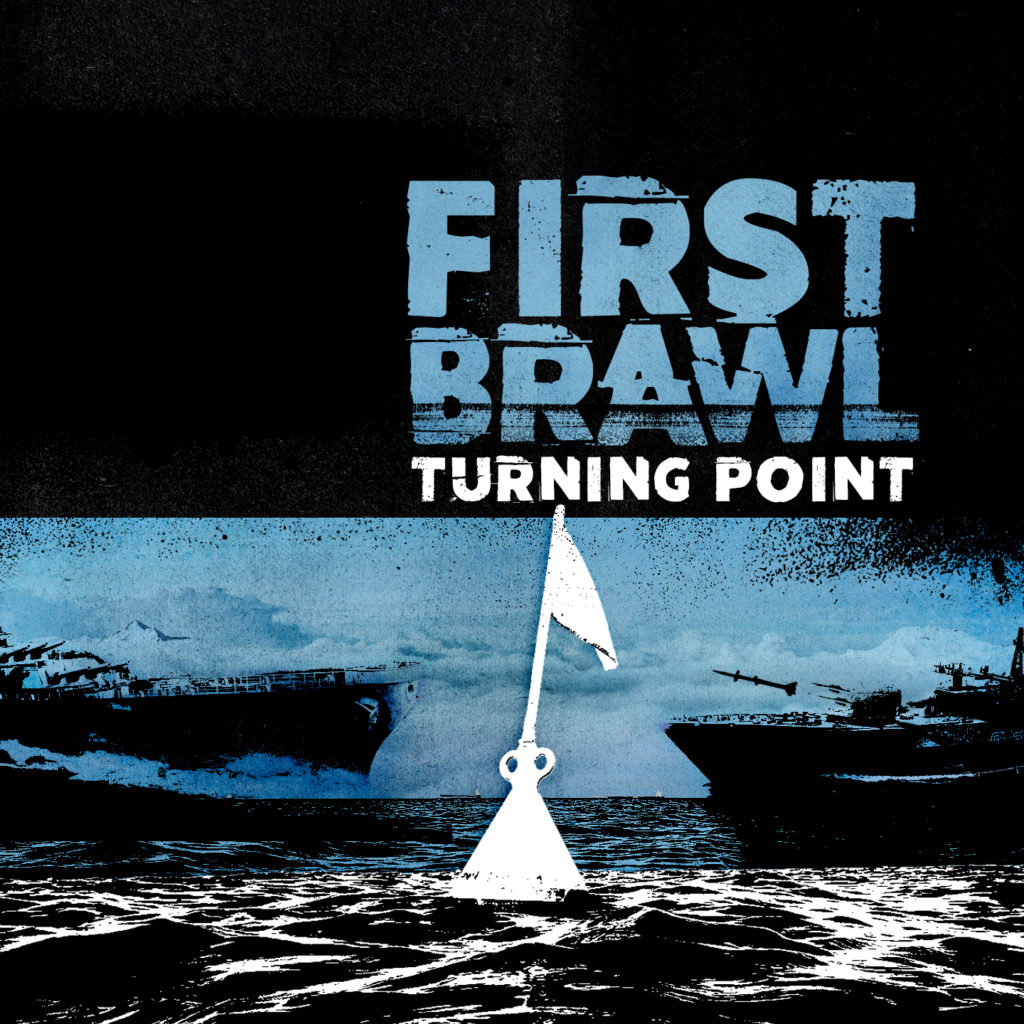 First Brawl are from Modena (the place with the balsamic vinegar) and Bologna (the place of the popular spaghetti sauce) in Italy. Before I hit go on this, I’ll admit that I thought this might turn out to be more run of the mill shit Euro-metalcore. I’m always happy to get a pleasant surprise though.

The six-track Turning Point EP sees the return of what was apparently the classic First Brawl line-up. What we’ve got here is some good, old fashioned meat n’ spuds tough guy hardcore like they used to make in Boston and NYC. This release oozes malice and choleric rage in equal measure. This is the kind of shit that makes you feel invincible, mate. Well, at least to the extent that you might want to break out the old mopping the floor pit manoeuvre in the middle of Tesco, because face it, you are probably like me: out of shape, seriously out of touch, uncool and have at least one kid. 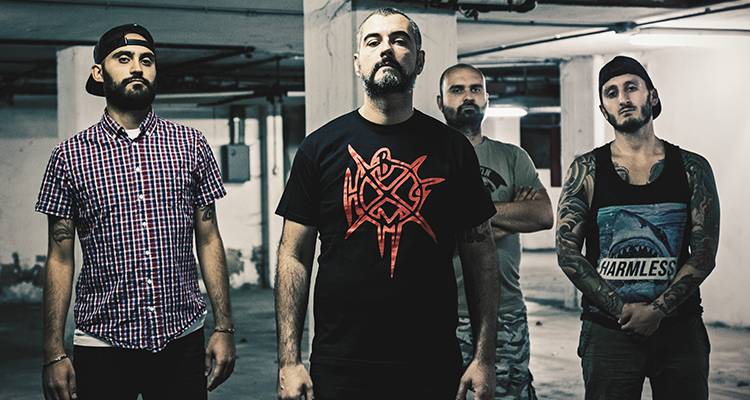 If you find yourself yearning for something new in the vein of Lowest of the Low by Terror, with a touch of Sick of it All and Blood for Blood thrown in for good measure, then you’ll probably want to be jocking this bad boy right here:

The promo material also cites No Turning Back, Backfire!, and Madball as influences. Realistically, you know what you’re getting. But sometimes life and what you want from it really is as simple as that. Tony of Nurgle rating: 7.5/10.

You can pick this up from the Indelirium records bandcamp page for 7 Euros or from First Brawl’s bandcamp for 5 Euros. I know which I’d choose… 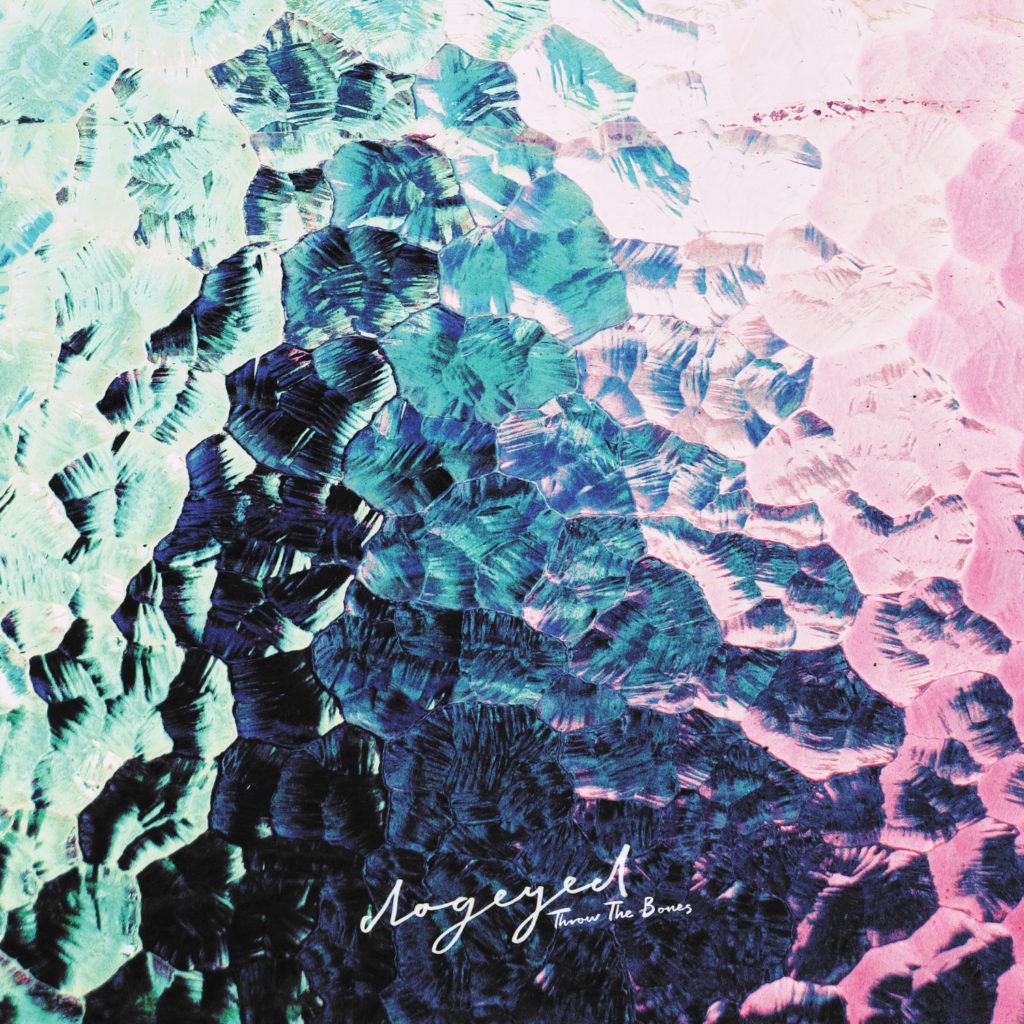 I’m always pretty interested when Specialist Subject send me something new for review (which weirdly they don’t seem to do very consistently for some reason). Typically, the Specialist Subject releases are of a reasonably high standard. Dogeyed are totally new to me, and from reading their self-descriptor of ‘sad lounge music FFO of misery’, I was intrigued. 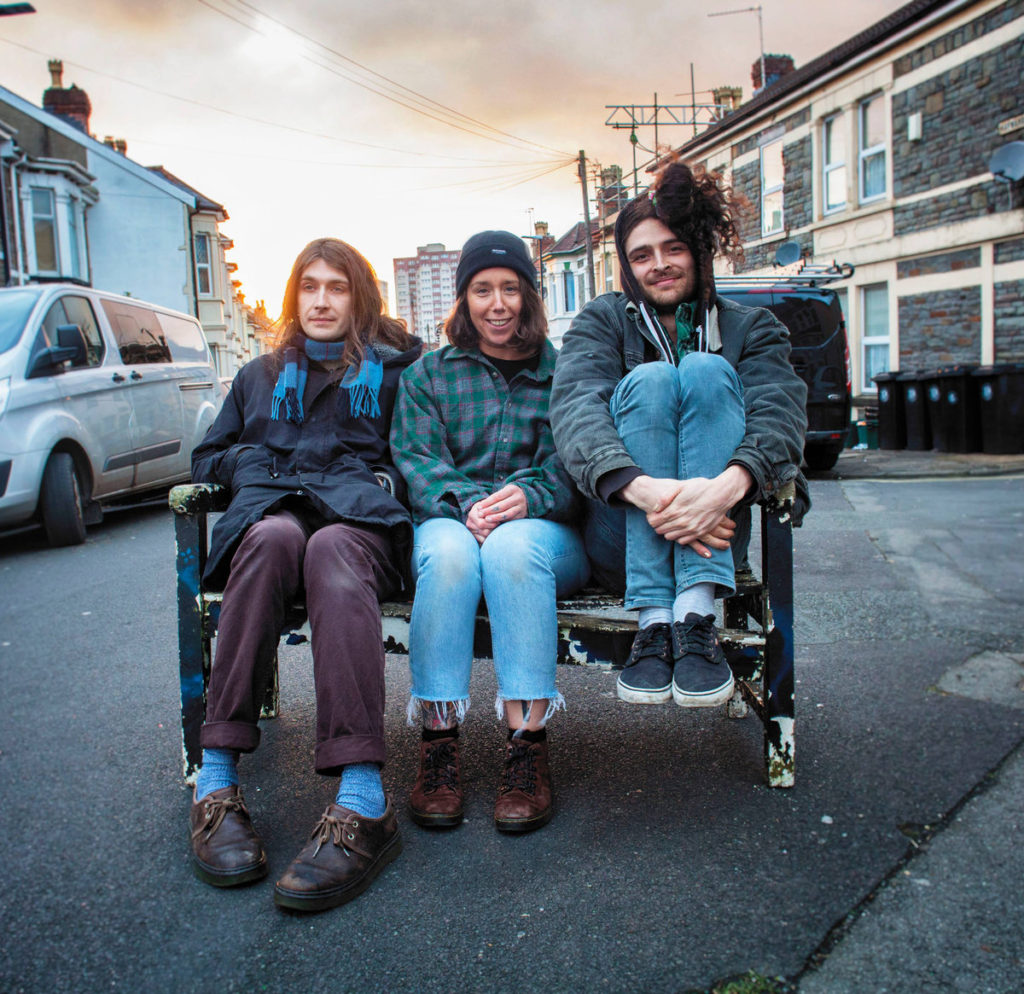 So what’s it all boil down to then? Well, this is kind of acoustica I suppose. Not really twee enough to be twee. Not jaunty. Not booze fuelled campfire singalongs. The voice here is really striking though, which is a shame as I found the music somewhat uninspiring. In fact in places, for some reason I cannot decipher it reminded me of a very bad version of Nirvana’s interpretation of Lake of Fire (as busted out on their Unplugged in New York opus).

Given the forlorn beauty of the vocal, I feel saddened that I can’t give this more than a Tony of Nurgle rating of 4/10

However, this could be exactly what you are looking for, so I’d encourage you to give it a look-see: