Somebody remind me what year it is again? Honestly, I could’ve sworn that the last 10-odd years were a figment of my imagination. Listening to this, they may as well have been. This reminds of thee olde yeares of Our Lorde 2007 & 2008 when dudes from punk bands decided it was a pretty good idea to do a ‘Born to Run’ era Bruce Springsteen impersonation. Don’t get me wrong, I’ve got a lot of love for certain sections of the Bruce Springsteen back catalogue and everything, but yeah, this was definitely not only a ‘thing’ but a ‘thing’ that got a bit out of hand.  Having said that, I’ve got a bit of a history of enjoying that kind of thing, so when I get this description in my email, my interest my ears certainly pricked up:

…drawing influences from the likes of Lucero, Hot Water Music and The Gaslight Anthem, and packing some serious blue collar anthems with stinking-great handfuls of big sing-along choruses thrown into the mix. Think a less gothic Creeper by way of Springsteen and The Menzingers.

First off, just so we’re clear, I’d like to take another opportunity to say fuck the Menzingers. Uninspired, piss-weak dross, mate. Fuck that drivel. While we’re here, fuck Frank Turner as well (even though he isn’t specifically named here), the bandwagon jumping, fake troubadour streak of piss that he is. If you disagree, your ears need a thorough tune-up, mate.

Obviously, Lucero (who Cold Years cite as an influence) had been around for a good number of years by this point (i.e. 2007), and were already 6 albums deep (including the timeless classics Rebels, Rogues & Sworn Brothers; Tennessee; That Much Further West; and Nobody’s Darlings). Lucero are, to my mind, untouchable when it comes to this kind of thing, bringing as they do, their own southern fried Tennessee flavour to the Sprinsteenian circle of blue collar hell from which there is obviously no escape for guys like me (you can take the boy out of Barnsley, but he will forever be stigmatised as working class piece of shit with an indecipherable accent). One of my favourite shows as a promoter was Lucero in (I can’t remember exactly) I’m guessing 2007, when they were touring Rebels, Rogues & Sworn Brothers. 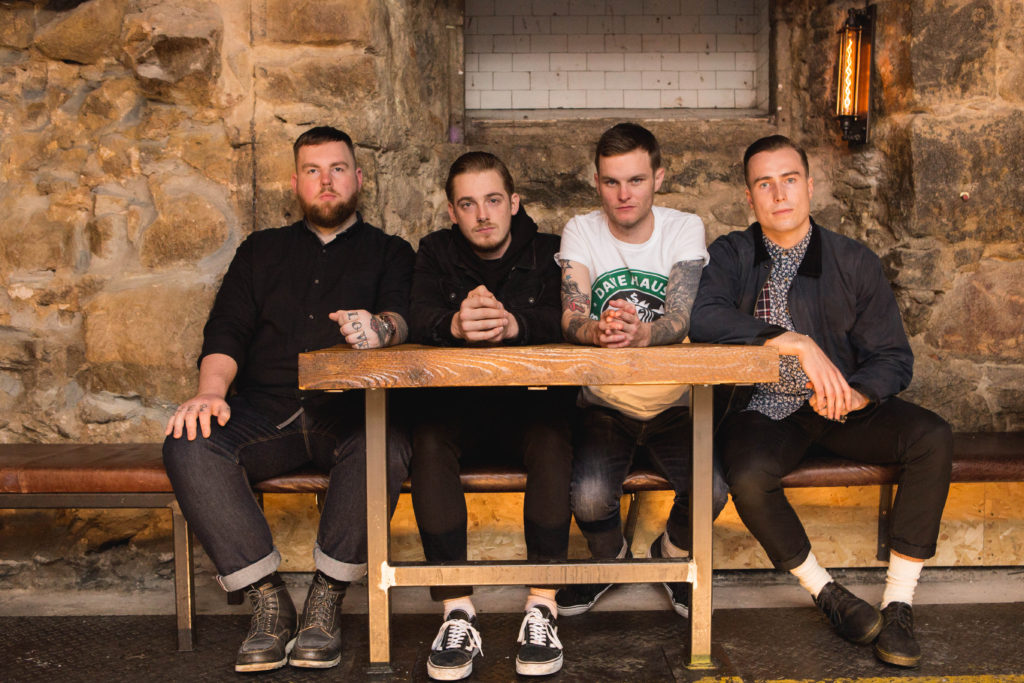 Another influence cited here are (no surprise) The Gaslight Anthem, whose amazing debut, Sink or Swim dropped in 2007. I’m sure more than a few heads will remember me jocking that shit to them in Roadkill Records around that time. As debut albums go, it was pretty solid, and had that punked up Born to Run vibe nailed down HARD. Weirdly, the follow-up, The ’59 Sound, in 2008, was undeservingly lauded as the best thing ever, when in reality it was insipid as fuck, causing me to make one of the best decisions I ever made and pay them no further attention. Seriously, it’s that level of garbage that’s only ever achieved when people believe too deeply in their own hype, mate.

I’m also put in mind of Dave Hause here, in particular that very early acoustic set we got him to play in Roadkill Records the same day me and Andy GI put the Loved Ones on. I’m still fairly convinced this was either the first (or one of the first) appearance of this type for Dave, which saw him heading out on his own Springsteenian troubadour path. If you choose to investigate further, the first and third of his solo joints are well worth a look, but swerve the second one. 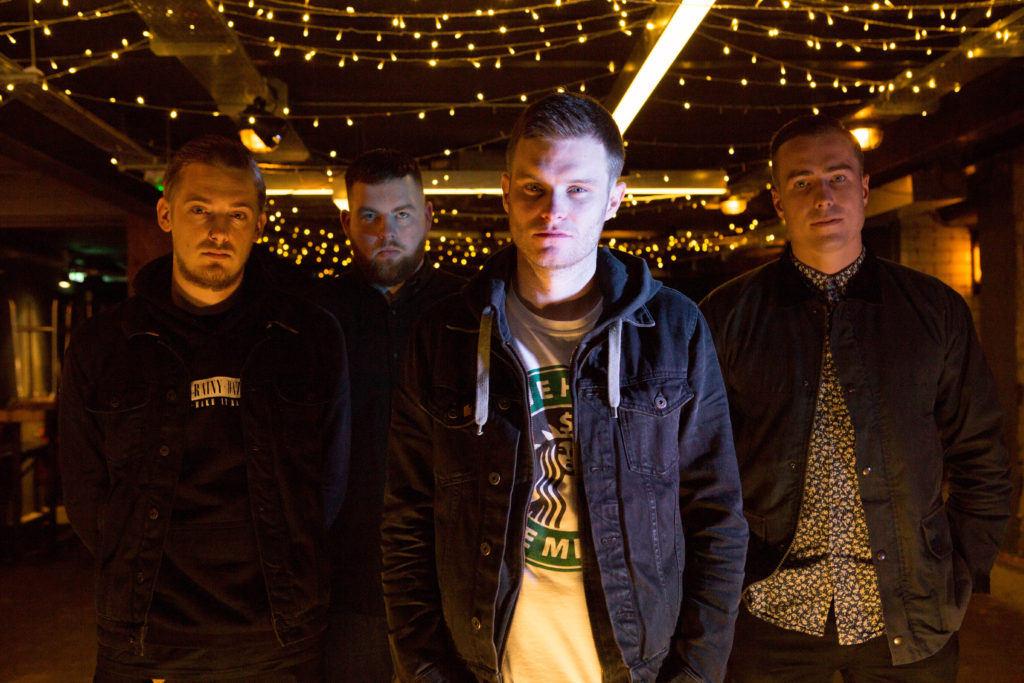 I should talk Cold Years. That’s kind of why we’re here. The mix and production both sound great. The playing on the recording is more than competent – it certainly shows more than a few elements of promise. These guys in Cold Years are clearly capable of playing well together, and can definitely shake out a half decent tune or three.

But… there was something that almost made me do a little bit of sick in my mouth. Sections of Ross Gordon’s vocal line on first song, Seasons were overly reminiscent of that horrendous vocal style seemingly pioneered by that blonde lass on the X-Factor one year that they made perform bare foot like she was some kind of hippie, and you know in touch with nature, but still relatable and shit (Christ knows who she was meant to be relatable to – woodland sprites maybe?). You know that horrid, breathy, semi slurred burbling? Yep. I’d be surprised if it didn’t make you want to glass yourself too, because that’s how I feel. Anyway, it crops up in a few other places on this EP as well. Having said this, Gordon’s vocals feel much stronger on the rest of the EP, and especially where he lets himself rip with gusto, I can kind of get behind this. It does make those other moments feel borderline unforgivable though. 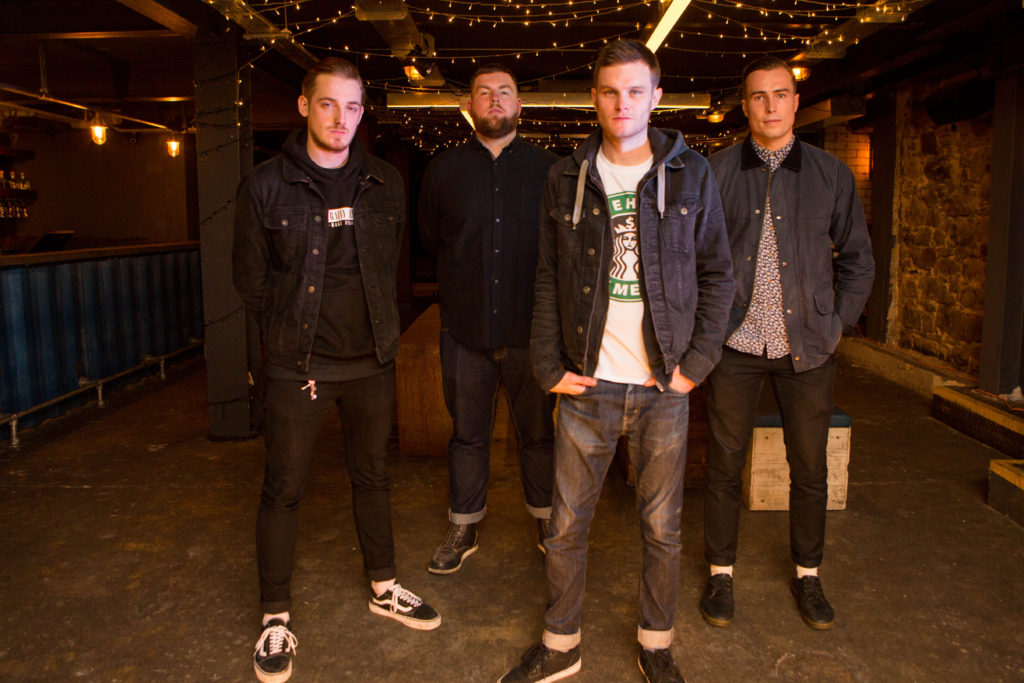 Something else that’s sticking in my craw are the lyrics. Sorry, but I find them a bit weak if I’m honest. It seems like whoever’s written them (I’m singling out Gordon, here even though technically he may not be guilty) is regurgitating watered down paraphrased clauses lifted from songs by The Gaslight Anthem, Springsteen and Lucero. It feels a bit too obvious. Almost like blatant plagiarism. Particularly bearing in mind that your man there is from Aberdeen, and not the good ol’ US of A. Don’t get me wrong, I’m fairly certain that Aberdeen is a horrific place to grow up for many reasons, but some of these lyrics just put me in mind of that infinitely irritating TV advert from 2006 or so for Corrine Bailey Rae’s release of the time Put Your Records On. Fuxache, but that nonsense just made me feel like kicking the telly in each time it came on screen, or hope beyond hope that on this particular version of the advert, somebody would pop out of the long grass and luzz a branch through the spokes of her bike.

As a bit of an aside, one of the lyrics talks about the lyricists’ (I assume) girlfriend, who “makes (you) drinks that inebriate your speech”. Asides from the fact you’ve made it sound like your bird is a character from Rab C Nesbitt serving up Irn-Bru mixed with Tennent’s Super and Buckfast, I feel need to bring down the hammer of judgement on the terrible injustice being done to the English language here. By way of correction, the drinks would potentially (depending on your fortitude I suppose) have caused you to become inebriated, by virtue of which your speech may have become slurred. Fuxache, look in a dictionary, mate. I know I’m being a bit of an arsehole, but really, how hard is it?

Honest to God, I don’t want to rag on bands, and I certainly wanted to like this, but there’s so much I just can’t get past here with the lyrics and elements of their delivery – which doesn’t really strike me as very sincere or authentic. And I apologise wholeheartedly if this actually is not the case. Maybe the lyrics are hypothetical rather than autobiographical?
Who knows? I’d advise readers to go and listen to the old Lucero records referenced above instead to be honest – they’re about a zillion times better than this, and they’re authentic as owt, too. Sorry Cold Years, but it’s not for me. I would however, be interested in hearing something new from these guys in the future, that hopefully is much stronger across the board, as I think they could be capable of achieving something great if they could only apply themselves to producing something that feels a bit more honest.

However, you probably ought to go and have a listen to this for yourselves. You might like it, and I wouldn’t hold liking it against you.
You can pick this up from Homebound Records on one sided 180g vinyl here