Ok. I’m gonna have to start this one out on a negative note.

1 – I cannot think what this record sounds like. Something, but I cannot place it at all. It is driving me nuts. I mean, I guess this is a good thing – they sound familiar without immediately having another band spring to mind but that doesn’t help when writing a review. Even worse, the songs each have their own character. Maybe if they all sounded the same then I’d be able to reference bands easier. But no. Each has to go and have it’s own character. It’s own quirks. You know, sound unique. Sure, I’ll reference bands – but I just don’t think I’ll be able to scratch that perfect comparison itch.

2 – Too short. Really. Too short. Only seven songs and they all whiz by. Sure, there was a time in my punk days where a band was only good if they managed to keep the songs around the two minute mark. These days I like a bit more meat on my tunes (I’m veggie, I gotta get my meat somewhere…). See, no song outstays it’s welcome and you don’t get bored of them. But… I like these songs. I do want a bit more. Maybe that’s why these songs work so well? 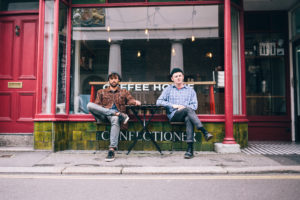 “So who are this infuriating band that you are enjoying so much?” I hear you ask. Well – they are like brand new. 2016 new. It seems the plan was for the singer / guitarist, Samuel Bedford to have a little project to record. It actually took me a little while to warm to his voice – in the same way I did Arcwelder. But now I have, I kinda love it. Samuel’s voice manages to sound strong throughout the louder, heavier songs and calming through the softer ones.  At some point, as with many of the best garage bands, a second was added in the form of Jack Baker to give the two piece, well, drums. They are based in Falmouth which is miles away – a pain as it looks like they play there quite a lot.

Holy Wow, Lazy and Smile and Wave are the rockier tracks on the album. Lo-fi sounds that have a touch of 60’s surfy-type reverb. The louder sections feel like a smash of Arcwelder, Japandroids and No Age (but much less dull than the later). Add to this a grungy, garage edge that holds shades of bands like Fuzz / Ty Segal, the Black Lips, Black Box Revelation and the Tall Firs. Add in of swipe of Thee Oh Sees and the fun of Pavement (Stereo era) tunes and bake at 230 degrees for about 14 minutes. That all sounds about right.

Breaking up those rock tracks, Limbaud and Trash take on a darker, dream like vibe – coming across like gothic lullabies. They land, in feel, somewhere between two of my favourite underrated bands Grim Tower and Purling Hiss. I won’t lie – these songs have an awesome sound and I hope that any new albums carry on in a similar vein.

Meanwhile, Lift it Off mixes both the best of both worlds – the rockier and the dreamy sounds achieving an unexpected, but balanced mix of both styles. There is also a sprinkle of alt-country swagger, Sweet Home Alabama style which isn’t unwelcome. It all works together well and probably comes out as my favourite track on the album, although that is a very difficult call to make.

Vote is an odd one again it takes a Purling Hiss sound but adds a strong undertone of post-rock swirls and rises to the mix, showing an added depth to the song writing that I was not expecting to hear – especially on the last track of the record. 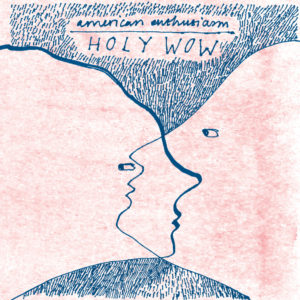 This band sounds both familiar and new at the same time. This album takes sounds and concepts that I love and smushes them together in a great package. I could say that I look forward to seeing what this band does in the future but in truth, I kinda just want more of the same.

Like I say, it just doesn’t last long enough and I think that as the biggest criticism of the album, these guys are doing something right. My other big problem with the band is that this is another album I need to track down on vinyl despite being poor (thanks to a recent tattoo addiction relapse). How infuriating.