Youth Funeral are based out of the general New Hampshire / Massachusetts area, and Heavenward is their debut full-length album. Although, it is actually quite short. It follows on from a number of EPs and 7in records that you can check out through their bandcamp page.

Youth Funeral are described as playing bleak brand of fast-paced hardcore in the press release. It’s certainly chaotic, the bulk of it is definitely fast and raging. What this puts me in mind of is Converge circa the Jane Doe and You Fail Me albums, and maybe the Locust without the irritating bleeping and blooping that tends to sporadically give accent to their music. Certainly, if you like either of those bands, you’ll get a lot from this. 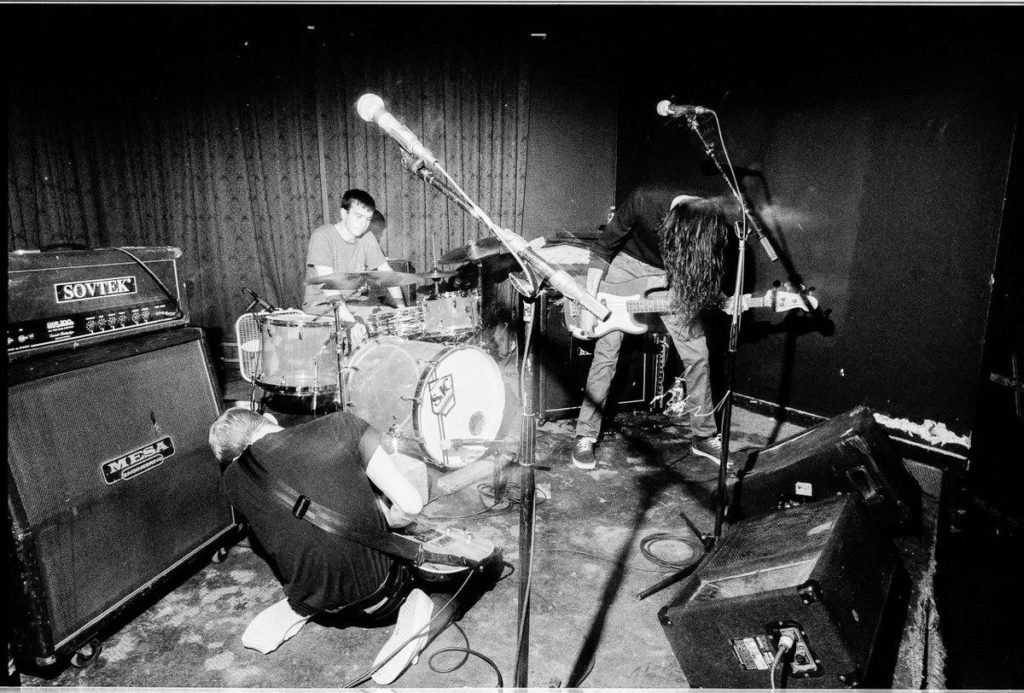 There’s also strong vein of classic screamo (the proper stuff) ripping right through the centre of this -think Orchid, Page Ninety Nine, and Saetia, that kind of thing. Thankfully we are spared the clichéd over-used spoken word parts that used to tend to regularly crop up in this type of stuff. In that regard, it does remind me of people with badly aligned basin-cuts in brown clothes that were 2 or 3 sizes too small for them (that’s what people used to wear over here at least – I cannot speak to skramz fashion in other parts of the globe).

Probably the most notable moment would be Only In Sleep Safe, which defies the visceral punk intro and heads off down another route entirely. I’m no musician, so I’m going to borrow a bit from the press release: “…a sliding guitar lead over a fuzzed out two-chord progression.” Er, sounds accurate, I guess… In layman’s terms, this, to me sounds almost like Cursed playing songs off Darklandsby the Jesus & Mary Chain or something.

I’m not really sure how I feel about this record to be honest. It sounds great, and there’s something invigorating about it. But (there’s always a ‘but’, right?) it also triggers some quite unwelcome feelings in the core of my being. The overarching bleakness to the sound of this record plunges me into the depths of despair. There was something about it that flicked a switch in my brain, and made me feel quite intensely unhappy and uncomfortable. Having said this, music should elicit some kind of response in the listener, so they’ve definitely succeeded there. I only wish it didn’t make me feel like flinging myself off a cliff. Who knows? It probably will bring out a different reaction in you. This is just how my brain is wired! 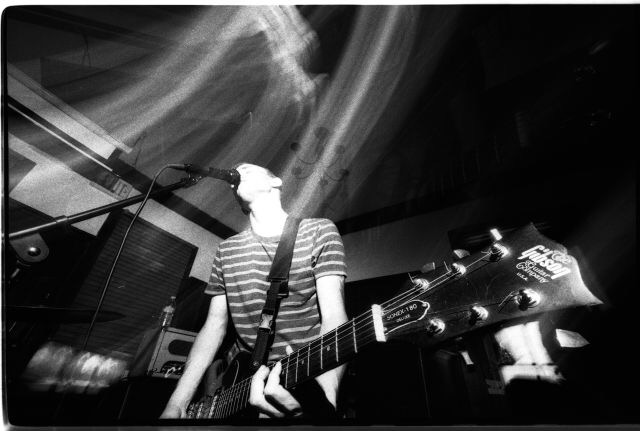 I mean, this is clearly not my typical bag, anyway. I’m not known for my love of skramz (or whatever people that are cooler than me call it these days), metallic hardcore or dissonant post metal. I’ve heard enough of that stuff over the years through running a record store and putting on gigs to be able to determine that this would be a good example of something that sits comfortably where those three genres would theoretically Venn diagram into each other…

In conclusion, I would suggest that people check this out on their bandcamp page as there is so much going on, that in all likelihood you might well dig this, especially if you like the sound of anything I’d referenced above… You can also buy it there on cassette (a limited run of 100, which, as I type this, I note they have 1 copy left), or on ‘ultra-clear’ vinyl with a purple and white splatter effect. Which admittedly sounds very nice. And there are only 5 left. You snooze you lose, I suppose.

If you live in the UK / EU, you can order the LP direct from Dog Knights Productions on either the clear splatter, or solid purple colours.

You can also get the record on solid purple wax direct from Skeletal Lightning if you live in the US / Canada.