Another one that I’d been hearing whisperings about, but never got around to checking out. This new EP turns out to be the perfect excuse to check them out. I will confess to having had some misgivings based on the name, which I thought was a bit, well, dodgy. I have a bit of an intolerance for bands with crap names, typically without even having listened to them. For example Crywank and The Front Bottoms. That shit just puts me off from word go.

The more I thought about their name, I couldn’t decide whether Shit Present was a reference to the present global socio-economic climate (which, to be fair is shit), or if it was meant in the sense of giving or receiving a rubbish gift. This made me feel fucking annoyed, as it put me in mind of times when I’ve given thoughtful, awesome gifts to people, like a fine bottle of single malt Scotch, or a book on the science of making bread, but in return receiving a shitty blend whisky, and a novelty mug. Maybe that is the response that they are hoping to provoke. If so, you’ve succeeded, my friends, you’ve succeeded. The third option would obviously be giving or receiving a shit as a present. I can easily think of a few people I’d love to bequeath a fat, stinking turd to, though… As it turns out, I needn’t have been worried in any case, as, upon listening, all my fears and worries were assuaged.

Tony’s factoid of the day: you can rearrange ‘assuaged’ to get ‘sausaged’, which I find quite satisfying. Admittedly, this is not a real word, but now you too can amaze your friends at parties. 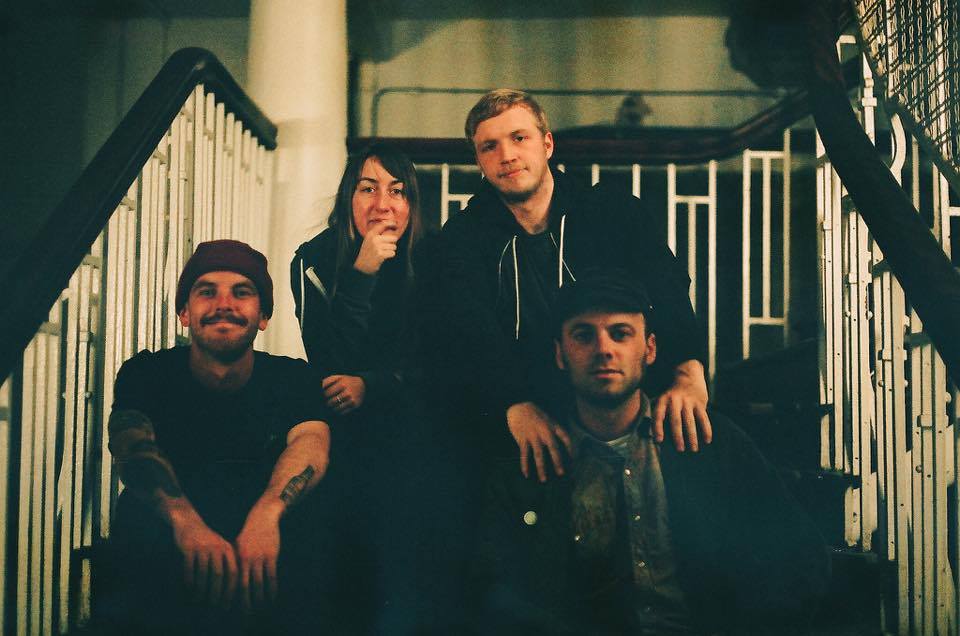 Anyway. Shit Present features former members of bands such as Gnarwolves, Great Cynics and The Computers, all of whom have been enjoying greater or lesser levels of success in recent years. I saw The Computers supporting either the Descendents or Bad Religion a few years back (I can’t remember which), and they were fucking dreadful (apologies to any members of The Computers offended by this statement or something…). I haven’t seen the other two bands mentioned here, probably due to my introvert tendencies forcing me to entomb myself under a duvet on the sofa whenever possible.

Misery + Disaster is their second release, and follows their s/t debut. Considering this was recorded in someone’s garage, it has a really big, beefy (if dirty) sound to it, which belies the DIY approach taken. Iona Cairn’s vocal is really powerful and evocative, and carries a similar level of weight and passion to that of Lou Hanman of Caves. In fact, the band seem to fit particularly well with a lot of their other (also) female fronted contemporary, Doe, and from their general sound, Martha.

Comparisons don’t stop there, though. The introspective lyrics also put me in mind of The Weakerthans. The subject matter is, I suppose, fairly fitting for the trying times we find ourselves living in: anxiety, depression, relationships, displacement that type of thing. There’s nothing wrong with that in the slightest. I have no time in my life to be listening to any kind of happy bullshit. The thing is, happiness in music just pisses me (and anyone worth their salt) off. All any of us are doing at the end of the day, is grinding through life in pursuit of happiness and acceptance in one form or another, which is what makes themes like these so relatable. Even if we have found happiness, if we choose to forget or block out the darker times, we are ultimately doing ourselves a disservice in the form of dishonesty. 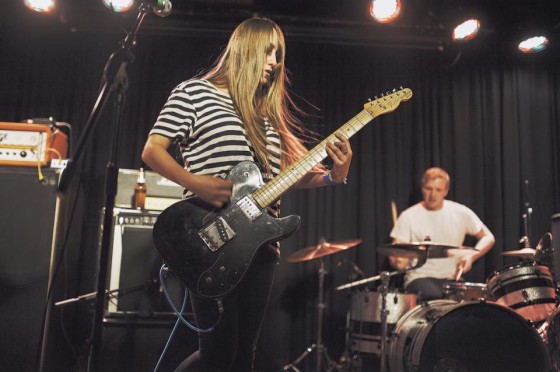 I find this six track EP to be pretty refreshing. It’s lively, thoughtful, and hooky as motherfucker. And it has TEETH which is very important, in my opinion. It also has an awesome power-pop element that puts me in mind of The Professionals and the Buzzcocks. I can imagine a room full of people that feel the same going off in a good natured and enthusiastic way to these lot. It excites me. It bestirs me from the world of tedium that I can sometimes inhabit. I’d expect great stuff from these guys in the future.

In conclusion, it’s a solid 8.5/10 from Tony of Nurgle. Right, I’m going to shut up now, and see if I can track down their s/t record.

Obviously, as usual I am going to suggest that you go and have a listen yourselves abd form your own opinions. Obviously you shouldn’t just be listening to what any old prick on the internet says, but if I can act as some kind of guiding light to just one of yous lot out there, then my job is done innit? Stream this shiz via the Specialist Subject Bandcamp page

Buy it from Specialist Subject on fancy coloured vinyl